A poor man's Final Fantasy X that will please many PS2 RPG fans. 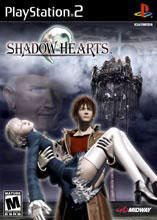 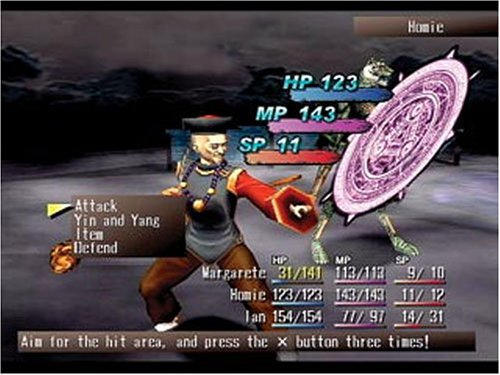 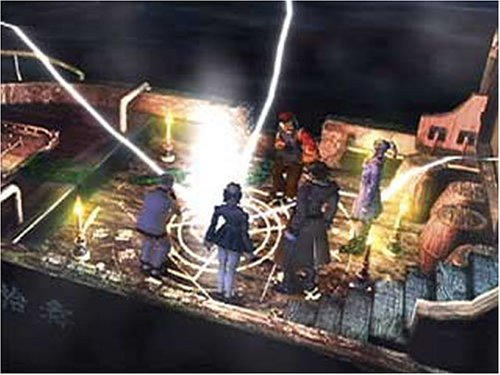 Look! Up in the sky! It's a bird, it's a plane, no, it's a Final Fantasy clone! This may be the first thing that pops in your head after playing Shadow Hearts. As a matter of fact, the developer of Shadow Hearts is a company founded by several ex-Final Fantasy designers and they aren't shy about borrowing many of Final Fantasy's famous RPG trademarks. That's good, though, because if there is one series worth copying, it's Final Fantasy and while Shadow Hearts doesn't have the same classic touch that its PS2 peer Final Fantasy X does, it will be an enjoyable playing experience for many PS2 RPG fans.

Set in early 20th century China, Shadow Hearts begins with the introductions of an atypical hero, Yuri, the damsel in distress, Alice, and the notorious sorcerer, Roger Bacon. Forced to obey mysterious voices in his head, the game opens with a cut scene of Yuri following these same voices by saving Alice from her captor, Roger Bacon. We discover that Bacon has killed Alice's father and seeks to use her for some unknown purpose. After a lucky rescue, Yuri and Alice flee from the powerful Roger Bacon and escape via the Chinese countryside. From here, the adventure continues as Yuri and Alice meet several friends and enemies along the way which all combine for an intriguing RPG storyline.

The action system in Shadow Hearts is truly a unique invention. All combat and game essential actions are decided by the "Judgment Ring." After choosing which magic or attack you will use, a sphere-shaped object appears on your screen and a small hand quickly revolves around it. Your goal is to click your controller when this hand reaches vital green areas of the sphere. You can also increase your damage or positive magic traits by timing it just right and hitting the button as soon as the the hand reaches a smaller red area. Throughout the game, you will encounter many items and creatures that can adjust your Judgment Ring during combat by slowing it down, increasing the green hit area or even penalizing you by speeding it up or shrinking it. In its entirety, the Judgment Ring adds an element of randomness in all actions and gamers with quick reflexes will especially be rewarded. Don't let this scare you away, though, because Shadow Hearts still requires strategy. Certain attacks will inflict more damage on specific enemies. Final Fantasy fans will recognize the elemental combat system, although it's been slightly altered.

A long story and an involved turn-based combat system make for plenty of hours of gaming and Shadow Hearts isn't recommended for gamers who enjoy fast-paced games. Even for an RPG, Shadow Hearts moves at an incredibly slow pace and admittedly can be boring at times. All dialog is text based, not voiced over, so if you don't like heavy reading games, this title is definitely not for you. The game opens with an exciting opening cut scene and also some impressive CGI cut scenes near the finale but in between, it doesn't put much effort into its cinematics. There are a few short cut scenes with unimpressive pictures and average voice actors that attempt to enhance the story, but they don't do a very good job. It has its shortcomings at times, but overall, it's still a grand story and one of the better RPG tales this reviewer has played on a console.

The graphics in Shadow Hearts are not spectacular. It looks like more effort was put into the story and gameplay than graphics which isn't always a bad thing. The sound is average. The music does a good job of setting the mood of the game's dark atmosphere but sometimes the creepy tunes can get too repetitive and annoying. If you're thinking about allowing children or younger siblings to play this game, there are plenty of jokes that reference adult sexual humor so you may want to check it out first before allowing young ones a go at it.

Shadow Hearts is not a bad RPG at all. It's probably one of the premiere turn-based RPGs on the PlayStation2. Already, a sequel has been released in Japan and an English version is being prepared for a North American release. It's a slightly different slant on the JRPG genre and a satisfying game that will keep gamers hooked until the end as long as they can handle a slow-paced game. There are several copies of Shadow Hearts available for trade at GTZ so it's an easy game to find which is a good thing because this game takes many hours to complete and won't be finished with a weekend rental. It's also not as highly valued as some of the PS2's newer and more popular releases so you might be able to find a bargain on it. If you're someone who enjoys playing Japanese role-playing games or in-depth stories, my recommendation is to give this game a try. After the experience, you may find yourself eagerly awaiting the sequel. I know I am.
Review Page Hits: 0 today (328 total)
mediahook