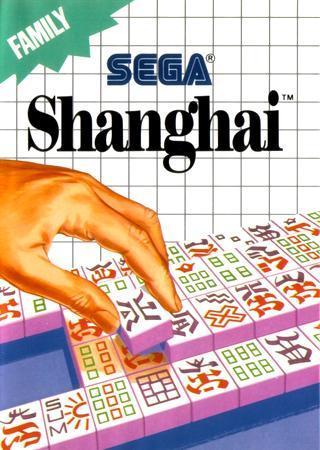 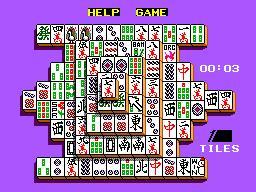 While not to many people actually have experienced the Sega Master System, this doesn't mean that the system doesn't have some great titles to offer. One of these hidden gems is Shanghai, which is a console version of the classic game Mah Jong.

Whether playing alone or with a friend, it will take you millions of games to get the same game board twice, adding tremendously to the game replay value. Playing a solo game is always a fun challenge against yourself and the game clock, while playing against a friend offers other challenges and obstacles. The mulit-player function also allows game customization to further enhance your gaming experience.

The only problems I have with this game are the sound and graphics. The sound is fine to start off with, but after playing the game for a bit, the music can get repetitive and eventually annoying. Graphically, the title screen looks great for its time, but the actual game board can sometimes be a bit blurry and the individual game tiles are sometimes hard to make out. This can be a bit frustrating when rushing against the clock or an opponent.

Minor problems aside, this is a must own game for any puzzle game enthusiast who owns a Sega Master System. If you like puzzle games, do yourself a favor and buy this game!
Review Page Hits: 0 today (128 total)
mediahook