An OK survival horror game with both good and bad points. Worth playing . . . 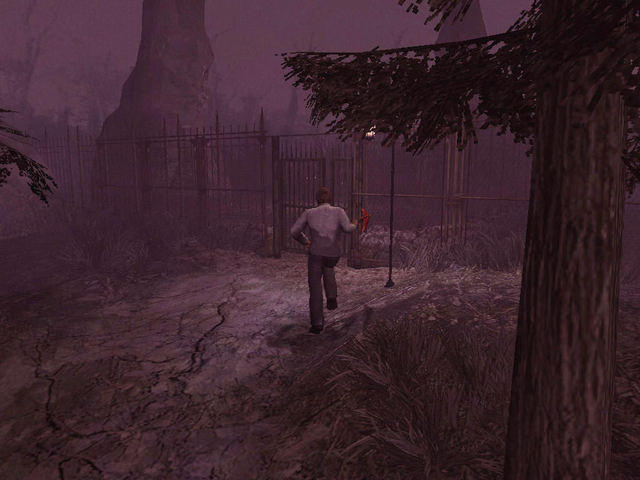 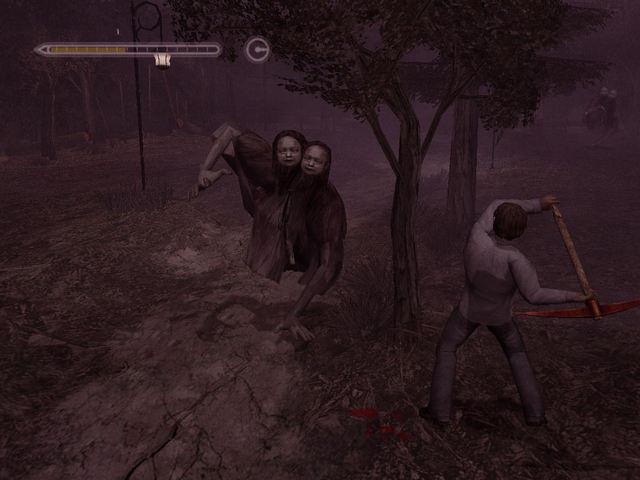 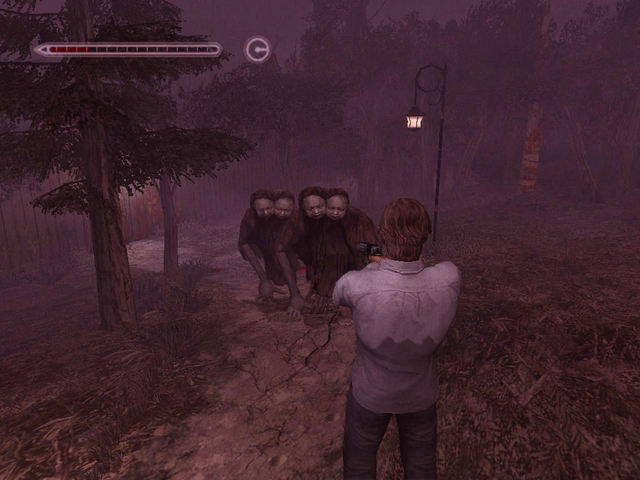 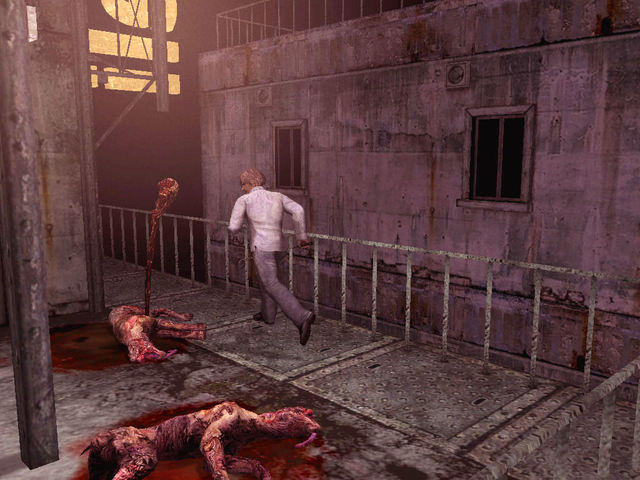 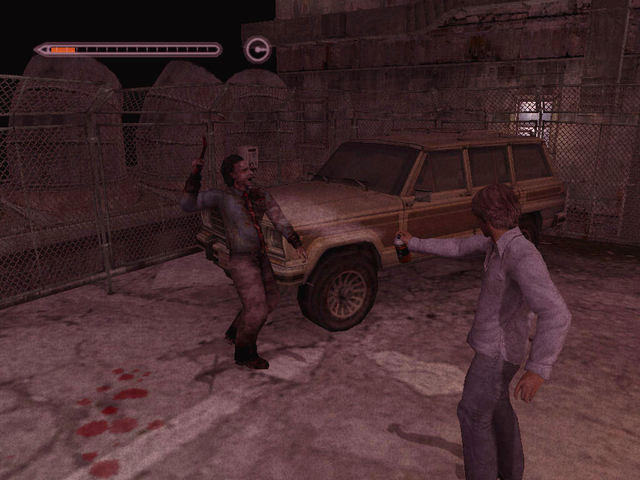 SUMMARY
Silent Hill 4 just doesn’t shine as well as its predecessors and falls well short of being a blockbuster. It never really touches your heart or chills you to the bone but it does provide a decent gaming experience. If you’re new to the Silent Hill series or survival horror games in general, it will likely be quite entertaining. More experienced Silent Hill fans are likely to be a bit disappointed. I wouldn’t pay top dollar for it, but if you could pick it up for $10 or so you probably won’t be disappointed.

CONTROLS:
I played SH4 with a Playstation-clone USB controller and was quite impressed when SH4 automatically detected my controller and perfectly configured itself to a comfortable button layout. It even worked with my controller's vibration function. Keyboard and controllers can both be easily and fully customized to any layout you want.

STORY:
You play as Henry who mysteriously wakes up one day to find he has been locked inside his apartment by supernatural forces. After several days a portal opens which allows him to escape and explore various surreal settings where he slowly uncovers information about his apartment’s history. Things start off quite slow and with a lot of confusion, but begin to come together mid-game. The story is definitely unique, but almost no background is given for the main characters. Their personalities are not developed as the story progresses either which makes it hard to be interested in their struggles. The story is usually revealed by reading old journal pages which are found throughout the game making it feel impersonal and stiff.

General Theme: Unlike the other Silent Hill games, in SH4 you visit several little self contained areas, one after another. Each area has its own setting, feel and puzzles which you will have to solve in order to move on to the next area. Along the way, you encounter enemies which you can either fight or run from. Some enemies can’t be killed but can be ‘trapped’ which adds an interesting element. For about half the game, you will be escorting an NPC. This NPC will move a little slower than you which means you either slow down and wait for them, or just abandon them. They can’t be killed, so abandoning them isn’t as bad as it might sound but you will still have to go back and get them after you have solved an area’s set of puzzles or you won’t be allowed to progress to the next area. Impatient people might find this annoying. There are a few weapons which you can equip to this NPC and they will help you fight enemies.

Puzzles: Puzzles are a mix of ‘find the key’ and some original problems that will require you to combine various clues you have collected for the solution. Most of them can be solved by simply exploring everywhere and picking up any items you find but occasionally, you will have to remember things you have read or review them in your scrapbook - no real brain twisters, but decently entertaining.

Inventory: You can only carry 10 items at once in this installment of SH. If your inventory is full and you want to pick up something else, you have to return to your room and free up space by putting something into a storage box there. Teleporters scattered throughout the game let you return to the box and pick up or drop off items. This quickly becomes monotonous - especially since the only save point and the main source of healing are also in this room. Having to put down what you are doing and backtrack to a portal continually certainly doesn’t add any enjoyment.

Battles: As usual, Silent Hill 4 doesn’t rely on action as much as story and mood. Battles are not flashy or especially difficult. There are many melee weapons and two hand guns in the game. Melee weapons vary a little in range, speed etc, but most of them are ultimately inferior and you aren’t likely to use more than 3 through the game. Guns don’t miss and can hit multiple enemies in a line, but ammo is extremely limited (about 30 rounds exist for one of the guns and 100 for the other) and each 10 round clip takes up one of your inventory slots; you will be using melee mostly.

Camera Angles: The camera is definitely not perfect. You will frequently not see an enemy who is right next to you because the camera is looking the wrong way but none of the enemies are especially dangerous so this is rarely more than a mild nuisance.

GRAPHICS:
It’s evident that the PC version was made with the PS2 versions limited abilities in mind and, while graphics and lighting look better than the console equivalent, they generally have a bit of a ‘bare-bones’ feeling when compared to other PC titles from this era. Quite a bit of effort was put into rendering character faces and they look good. However, bodies are not so detailed with the exception of the female characters (thanks to all you pervert game buyers out there). Environments are rendered adequately and there is a fair amount of variety, but you are not likely to stand in awe of anything you see. Enemies look OK but their design is not as disturbing as other Silent Hill games so, overall, their look is a little uninteresting. There is no flashlight in this installment which takes away one of the greatest opportunities for awesome lighting effects. Lighting is quite stale.

SOUNDS:
There isn’t much music in the game. I only recall it briefly in the background during a couple of cut-scenes and the end credits: nothing special. Environment noises are not up to par with other Silent Hill titles either. Monster noises are too familiar to be disturbing or scary: consisting of monkey, lion and cougar cries. All in all, SH4’s sounds are uninspiring but not horrible.

REPLAY:
There are four different endings, a few new outfits and some new weapons which can be earned by replaying and meeting certain criteria. It takes a lot to convince me to replay a game and SH4 just wasn’t impressive enough for me to want to go through it again, but if you are one of those people who likes to replay, at least there are some extras.
Review Page Hits: 0 today (329 total)
mediahook