Alex Shepherd returns home to find his younger brother but uncovers his own dark secrets along with the dark secrets of a dying city. As he meets new allies and faces new enemies, Alex must overcome his past to find his brother and save his friend. 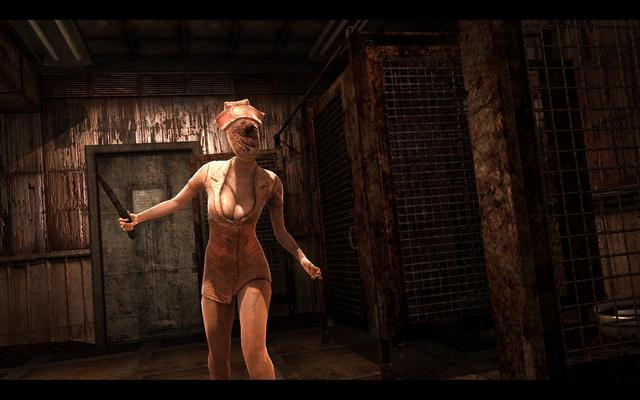 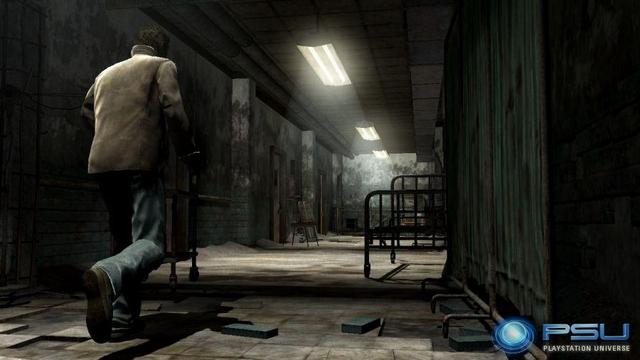 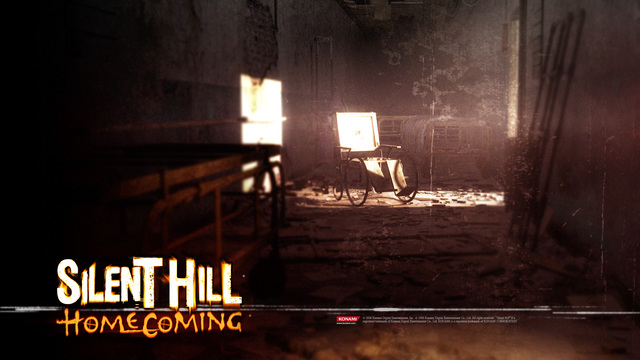 Silent Hill Homecoming is the sixth game in the Silent Hill series. This time you take on the role of Alex Shepherd as you return home after a stint in the military. Once you return home you realize the town isn't the same and in your travels you uncover why the city is turning into a ghost town. In your search you will travel from your hometown of Shepherd's Glen to Silent Hill, all while going from your world to the otherworld. With 5 different endings your decisions in the game will determine which ending you choose and which costumes and weapons will be available to you in future playthroughs.

First of all the game is a pretty decent title. It's a little bit more action based than in previous titles but because the main character is a former military man he has little problem firing a weapon or using melee weapons as a defense. The combat system, although lacking an automatic aim system, is pretty easy. It isn't difficult at all to aim at an enemy and fire. The combat system works well with melee attacks as well, if the enemy moves or dodges your attacks you can still counter them if you're still holding on to the aim button. This will come in very handy as the enemies frequently move and dodge your attacks, especially Order Members and Needlers.

One thing I didn't like about this game is the enemies are a little too hard to overcome at times. The nurses seem to be much harder to beat this time around, especially when they're in packs. They are very fast with their attacks and will counter you many times regardless of how fast you try to attack them. The Needlers are another pain in the butt enemy to deal with. Most of the time they are blocking your gun shots or melee attacks with their legs and out maneuvering you. If you keep dodging them you have to make sure you catch them turning the wrong way because that's pretty much the only way to kill them. Attacking them from the side is the best tactic to killing these creatures. Other creatures, like the Siams and Scisms, can be difficult because of their very powerful attacks. With Siams, make sure you save your ammo for them, a few rifle or shotgun shots will kill them but if you're down to only melee weapons consider the fight to be almost impossible. Scisms can be beaten with melee but make sure you have plenty of health drinks because they will use up lots of life. Other creatures like Smogs, Ferals, Swarms, the Order and Lurkers are pretty easy to defeat.

Like most enemies in the game the boss battles aren't any more fun to fight. All of the boss battles are pretty much the same, avoid their attacks as they try to stomp you, attack a certain part of the body as they are momentarily stunned and perform a finishing move when the time is right. All four boss battles are pretty identical and offer nothing in return for defeating them, just an entry into the next location. Sometimes fighting them can be frustrating because of the game's poor control or hit detection and because of this every time you defeat a boss it will give you a rush of accomplishment knowing you won't have to face that monster again. The feel of accomplishment isn't because you overpowered the enemy since the bosses aren't very difficult to defeat, just frustrating sometimes.

Sometimes the controls are off and can cause some deaths and frustrating moments. To access your weapons menu you have to press RB or LB. Sometimes in a fight when you're about to die and you try to get a health drink the buttons will either be unresponsive and not open at all or it'll be super sensitive and will open and close very fast, all while the enemy continues to strike you over and over again. The same thing will sometimes happen when trying to switch weapons during a fight, causing you to take too much damage when all you wanted to do was switch to a different gun. Another thing I hated about the game is that the enemies pummel you too fast. If an enemy knocks you to the ground you can't get a health boost or change weapons until you stand up again but most of the time once you get knocked down the enemy will continue to pummel you or knock you right back down just as you're getting up. The dodge system is another missed opportunity for the game. Most of the time when you dodge an enemy you're not really dodging an attack, the enemy is still hitting you or will quickly turn in your direction and begin attacking you again. Or lots of times you will dodge an attack only to realize you rolled over and are still in the exact same spot. Once in a while the dodge system will work but because the lack of efficiency you probably won't be using this button unless you're at a last resort and will try anything.

The health system is great, there are 8 serums to collect in the game and not only does it fill your health but it also expands your health meter as well, which will come in handy later in the game. Even though there are only 8 of them I'd recommend waiting until your health is really low and using them so it'll give you that double boost. The expansion of the health meter is permanent and there are plenty or health drinks and first aid kits in the world so you don't need to save the serums as the official strategy guide suggests. The ammunition, however, is pretty uneven in the game. There will come times when you must absolutely use ammo and run out. In some levels you will go a very long time without any ammo but there are some levels where you will accumulate lots of it and won't be able to carry anymore. That is just a waste of ammo, I'd recommend using some ammo during the fights but always leave yourself with just a little for emergencies or until you can replenish. It isn't fun to have to work hard and waste all your health fighting off a monster with your knife to save ammo only to have to leave some there because you've got a surplus. It just makes the game that much more frustrating at the uneven supplies.

During your travels through Silent Hill you will uncover dark secrets about your family and the town. You will come across many people; some are friends and some who turn out to be enemies. Your decisions in the game will determine which ending you get in the game, there are 5 total. Depending on the outcome your decisions will determine which costumes and weapons you will receive in future playthroughs. The great thing about this game is that you can finally play as Bogeyman (Pyramid Head) if you unlock that ending.

The achievements for the game are pretty easy to get, playing through the game once will get you most of the achievement points and if you save your game at a certain area and reload that game save you can easily unlock all 5 game endings in a few very shorts hours. If you save at the right place you can probably see an ending every 30 to 45 minutes.
Plus if you get the UFO ending you get the high powered Laser Pistol. With this weapon you can easily beat the game on Hard difficulty and get a perfect achievement score for the game.

Overall this game is pretty decent. I don't think it's as good as Silent Hill 2, 3 and Origins but it's defiantly worth a play. Because of the collectibles in the game it has high replay value and as long as you like exploration games with lots of puzzles and hard enemies this game will satisfy you.
Review Page Hits: 0 today (229 total)
mediahook