Despite its faults, Homecoming can be a welcome addition to any horror fan's library 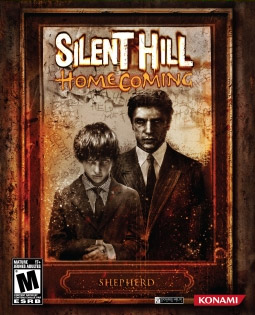 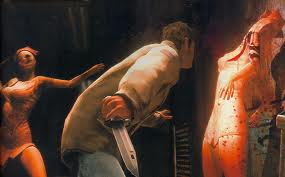 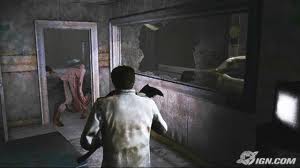 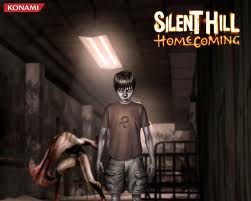 Silent Hill Homecoming is the fifth installment of the long running horror series Silent Hill. Homecoming puts you into the shoes of Alex Shepherd, a war veteran brought back to his home of Shepherd's Glen after being injured in battle. After a nightmarish sequence (the game's tutorial), you awaken being driven back to your old home, which is where the adventure really begins. You return to your home disheveled and trodden. A thick layer of fog has descended upon the town. The few people left are either catatonic or gloomy, wondering themselves why disappearances were happening so frequently. The plot eventually reveals the cult of Silent Hill known as The Order, their plans, and how Shepherd's Glen relates to it all. You will also learn about your family, your childhood, and your relation to a demonic pact. You begin by setting out to find your "lost" little brother Joshua. Quite engrossing.

I found the plot of Homecoming extremely well made, no matter how much I read of others bashing it. The game will slowly make Alex go deeper into a level of psychosis. As you play, you will start to question which events occurring are real or fabrications, if this or that thing really happened. You will learn that many details of Alex and his surroundings are nothing more than fabrications of his own mind.

Symbolism and the questioning of morality are back, just as good as any other SH game. You will find many of the bosses and creatures you face reflect the mentality of different characters as you progress. For instance, a boss late in the game represents a girl that was murdered at the hands of her own father. Also, there are three choices made in the game that result in different endings.

One of the game's strong suits are the multiple endings, each of which is satisfying and can reveal even a bit more than you'd want to figure out. Don't worry though, the classic joke ending is still there.

The sound effects in Homecoming were pretty average; there wasn't really a ton there. Footsteps, growls, creaking, voices - typical stuff. However, they are scary enough to set the macabre mood. Music from famous composer Akira Yamaoka is back, and the minimalist ambient soundtracks shine through, especially at the end.

The graphics serve well and create a tense and unsettling atmosphere. Everything looks generally realistic and the blood effects are done quite well. With that said, some of the character models look odd. Many of them, especially during cut scenes, look of a bit uncanny. Their mouths fail to sync with the voice acting very well, and their faces seem to move in an unnatural way.

Oh, and to make note, the voice acting is very well done in Homecoming. Each character serves their purpose nearly flawlessly.

Many people won't like this, but Homecoming is definitely more combat oriented than other games in the series. Melee and firepower seem to prove pretty effective, though bullets are pretty scarce. You can find shotguns, rifles, and pistols (and a laser gun if you get the right ending) which all serve their purpose well. I recommend saving ammo for bosses, as using melee is easy on common enemies. The combat has a big learning curve, and will take some time getting used to, as dodging as a delay. LT is to lock onto an enemy, B to dodge, A for a quick attack, and X for a strong attack. You must also learn how each monster attacks and adapt to them. Once this is down, you will have a few problems. Mine was near the end of the game where some expletives were spoken by me, due to some mildly glitchy hit detection and cheap AI. Another is difficulty when fighting multiple enemies, as targeting doesn't help you out much. These moments will happen, but you will persevere.

Save points are close enough, and checkpoints are pretty fair. Not much to say about that.

Puzzles are pretty much a joke in this game, and there is little focus on them. There are probably about 20 puzzles combined in the whole game, and I only needed to find help for about two of them. The solutions are usually as simple as "Find X item, put X items here". If you are REALLY into puzzles, this might turn you off a bit.

Konami/ Double Helix never released a patch, so Homecoming is as is. I experienced freezing one or two times in all my play, and one is unavoidable if you try to skip a certain cut scene.

Despite the small amount of puzzles, Homecoming had a decent amount of backtracking, which I wasn't too fond of, and never am in games to be quite honest. I wonder if this was used to just lengthen the game.

One thing I didn't like as well was the game giving you companions at different parts. It kind of took away from the tension and didn't cause any panic moments (they are never attacked by enemies). But at least one of the two serves a major purpose in the story.

All the characters in the game are wonderfully disturbed, as they should be, and SH vets shouldn't find any problems here. Each character is haunted by their own set of sad sorrows, which blend in perfectly.

Overall, I really enjoyed Homecoming, and any horror fan should try it out. It will leave an impression on you and leave you thinking about what really happened near the game's conclusion. I hate to give letter grades, but if I had to Homecoming would have to be a B+ or an A-.
Review Page Hits: 0 today (695 total)
mediahook