Sleeping Dogs has a well executed story, but also has some untapped potential 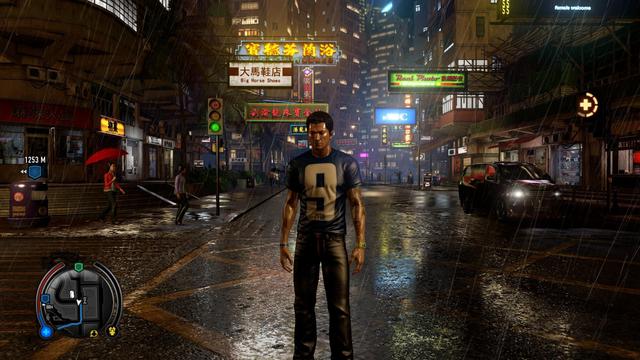 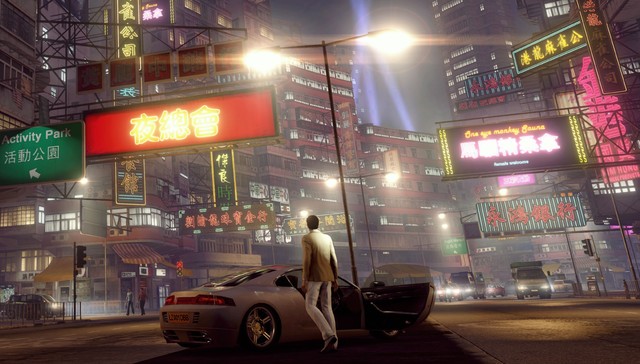 The main story follows an undercover cop named Wei Shen, a man who originally grew up in Hong Kong, moved to San Francisco, then returned to Hong Kong once more to find his old friends a part of a notorious Hong Kong city gang known as the Sun on Yee Triad Organization. The game shows Wei's trouble keeping up his act of being a gang member, while battling his feelings towards his growing bonds between many Sun on Yee members. With a spectacular and likeable main character, and an outstanding cast of dynamic supporting characters, Sleeping Dogs holds a story that would truly be a pity to miss out on. The brilliant 10 hour main story is tempered, however, with a bland and repetitive assortment of side missions. This mix of aspects shows the potential for truly great side missions that could have been done for the Triad and Hong Kong Police Department. Also, with such a fantastic vision of Hong Kong city gangs, it almost seems preposterous that a faction-styled multiplayer was not created to give this game a replayable factor. In all, the story is more than enough to stand up on its own, but with the bland side missions, and lack of multiplayer it is impossible not to notice the potential that just never got to see the light of day.

The city of Hong Kong is vibrant and a pleasure to explore in Sleeping Dogs: Definitive Edition. Hong Kong during the nighttime has signs shining everywhere and crowds that make the city take up a life of its own. That being said, the city all seems to blend together, making no place really notable, as even going to new places on the map will give you a sense of déjŕ vu. Plus, with the added fact that there is not much to do in the city other than the main missions, the side missions, and playing karaoke (which is rather enjoyable), the city of Hong Kong is yet another example of untapped potential found inside of Sleeping Dogs.

Gameplay in Sleeping Dogs is a fresh introduction into a genre that's over-saturated with the use of guns. Sleeping Dogs uses guns, but very selectively, and usually places Wei Shen into instances where he must use his martial art abilities to defeat foes in his way. The game plays like the Batman Arkham games in terms of fight style and feels rather smooth and easy to comprehend. The gun play is again, scarce, up until the final missions, but is also a very fun, non-repetitive form of gameplay. These sections feel most like the Uncharted series' shooting scenes, which is most definitely a compliment. The gameplay found in the side missions is very repetitive, however, tampering the replayability of the very sound fighting and shooting mechanics found within Sleeping Dogs. These missions have Wei Shen performing smaller sized missions that mostly involve someone telling you to beat up a few guys, then you doing it. Although the core gameplay mechanics are found here, there is not much in the way of storytelling found in the side missions, making them feel like they are irrelevant and unnecessary.

Even with lackluster side missions and nonexistent multiplayer, Sleeping Dogs: Definitive Edition still feels like a must-have for the incredible storytelling and great-looking city of Hong Kong alone. With an expansive roster of dynamic supporting characters and an astonishingly likeable main character, Sleeping Dogs: Definitive Edition is a must play for anyone who did not get a chance to experience the original release three years ago.
Review Page Hits: 1 today (862 total)
mediahook