The Best (videogame) Card Battle Game Ever! Taking SNK's Side in this Free For All! 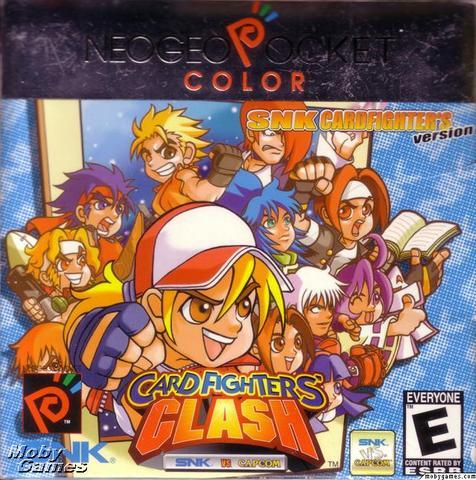 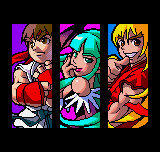 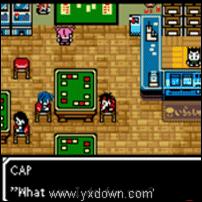 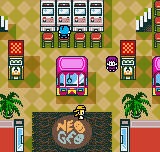 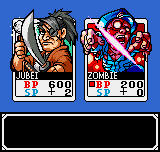 SNK Vs. Capcom: Cardfighter's Clash is SNK's romp into the over-saturated, card battle themed spin-off games. But where so many others have failed SNK succeeds creating a totally addictive and purely fun game. The object of Cardfighter's Clash is to work your way up to becoming the best Cardfighter in the world. To do this you must defeat six pros and win the world wide tournament, all along the way collecting every card. Like Pokemon, there are two different versions of Cardfighter's Clash: Capcom Version and SNK Version, this is the SNK Version. However while both games are almost exactly alike there are some differences. The first major difference is the cards in which you collect and begin with. In this version (SNK) you start with a prebuilt deck filled with only SNK characters. As you play, the majority of the cards you will win and receive will be SNK cards. And also like Pokemon, in order to collect all 300 cards you must trade via the Link Cable with the Capcom Version of Cardfighter's Clash as some cards are only available in the other version or, when combined or traded with the Link Cable, creates a new card altogether. The second major difference is your beginning character. In this version (SNK) you are a punky, purple haired boy and your rival is the starting character in the Capcom Version.


Gameplay
Much like Pokemon Trading Card Game (Game Boy Color) before it, you must travel from location to location to battle and collect cards. You don't actual do the walking to get to another location rather you select one from the world map. You begin in Osaka where you can visit places like NeoGeo Land and Plaza Capcom, with the final tournament taking place in Tokyo via the Airport. Each area is unique with different levels, people to challenge and cards to win. In NeoGeo Land for instance you can play slot machines to get cards. There's even an homage to the mansion from the original Resident Evil that you can go into and explore. There are six main pros, one from each area, that you must defeat in order to move on. You collect a special coin from each character and when you have them all you are then invited to enter the Cardfighter's Tournament. Aside from the six pros and various other people to battle against, there are three wanderers that show up in different parts of the game at random times: Mask, Zombie and Yosiki. Playing and beating each of these three can award you with rarer and more powerful cards, some you can only get from those three. Also scattered throughout the game are chests and secret rooms where you can find rare cards. Your cards are kept in your card collection. From there you can create your own decks and manage your collection. One nice feature is if you have too many cards and you want to get rid of them to clear some space, you can put them in a machine located in Lost World and receive other cards. Just about every Capcom and SNK character is represented by a card in this game, and it is fun to see some characters that you may not even know existed.

The beginning of a battle is decided with a coin flip to see who goes first. From there you move to the board to play the game. You begin by drawing a card at the beginning of your turn and each player starts with either 2000 or 3000 HP depending on whom you are playing against. Aside from HP you have SP that you can use to play Action Cards or use a character's special ability. You can only lay down one character card a turn, with a total of three down at the same time at any point in the game. You can't attack with a character the first turn you put them down but you can defend the first time when your opponent attacks. A character counter-attacks no matter what, subtracting the attack BP from the opponent's BP. For example, if a 1000 HP character attacks a 600 HP character, the 600 HP is knocked out and the 1000 HP is reduced to 400 HP. You can also combine attackers using SP. This allows and remaining attack BP to be dealt to your opponent. So if a 800 HP and a 500 HP combine to attack a 600 HP, the combine strength of 1300 HP will knock out the 600 HP and 700 HP will be dealt to the player with the 600 HP character. When characters enter the field, some can raise your SP by the amount indicated on the card. A game is decided when one player's HP reaches 0, and they lose.


Graphics & Sound
The graphics for Cardfighter's Clash are bright and colorful. The characters are represented in a shrunken form, much like Pocket Fighter, and are accurate interpretations of the normal sized selves. Players and opponents are also well detailed and oddly don't have too much of an anime influence that one might expect. The sound is engaging and matches the flow of the game well, making battles intense with its speed. This game was well designed and attended too on both parts.


Replay Value
Aside from linking Neo Geo Pocket Colors together to trade cards you can also battle, which is a total blast. There is tons of replay in this game whether its collecting all the cards, exploring new decks because of the deep strategy that is implemented based on the cards and characters you use, or just to play. This game is so addicting that even after you get all 300 cards and beat the game you will still come back again and again to play it. And if all else fails there is still the Capcom Version to play through.


Bottom line is that this game is just plain fun. Its deep yet easy to pick up and play, challenging but not frustrating, and just a blast to play. My only gripe is that its a pinch too short but that's only because you will want to keep playing and playing. This is a must own for any NGPC owner, in fact its worth getting an NGPC just to play this game. My highest recommendation.
Review Page Hits: 1 today (672 total)
mediahook