Not a Match. Struggle!! 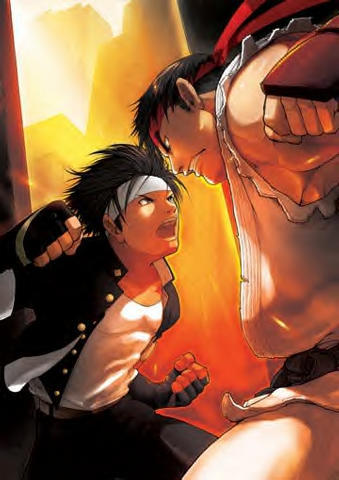 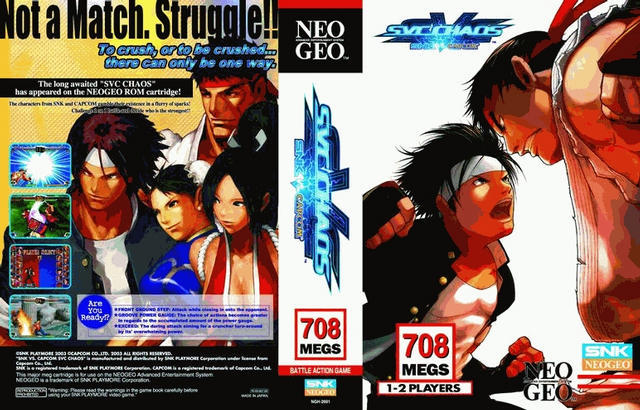 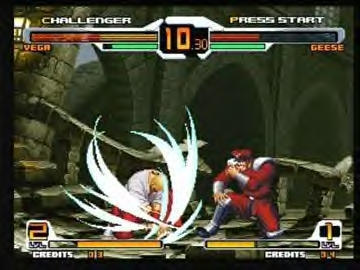 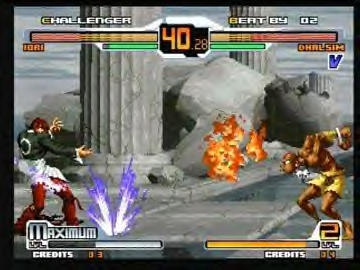 It took a little over a decade, but finally the two worlds of SNK and Capcom collide on the Neo-Geo console in the form of SNK vs. Capcom Chaos. This highly anticipated game takes fighters from both sides and pins them against each other in an all out battle.

Just like almost every other SNK game, the challenge level is pretty steep when fighting against the computer. If you don't know what you're doing you will get schooled, quickly, and there is a practice mode where you can perfect your techniques and combos. I find all these types of games are best played with two people going at it, as opposed to just fighting the computer AI.

The controls in the game are pretty on point except for one major omission, NO ROLLS! It may not sound like much, but if you've become accustomed to being able to use rolls in your techniques it's kind of hard to do without them. But aside from that everything is great, as it usually is with SNK fighters.

The graphics are a mixed bag. The fighters are all animated very well and there are plenty of spectacular looking moves and effects. However, the backgrounds could use a little sprucing up. They are often very empty and have little to no detail. The old SNK team was known for their "lively" backgrounds filled with all kinds of commotion and often cameos of fighters from other games. Sadly, the new SNK/Playmore team has yet to reach that same level. One nice touch, I must say, is the character specific intros they have made where the two fighters get to talk a little smack before each match.

The music is pretty good with various rock tunes playing in the back. I've heard better come out of my Neo-Geo but it is still pretty good. All the characters' voices come through nice and clear as well.

In the end, aside from a few problems, this is a fighting fans dream come true. To be able to match Terry Bogard against Ryu or Iori against Ken Masters on a Neo-Geo is like a little slice of heaven. If you got the cash to spend ($200ish) I'd recommend picking this game up.
Review Page Hits: 0 today (239 total)
mediahook