The Most Powerful Console Gaming Machine. It's almost like it's ALIVE. 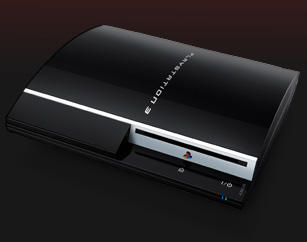 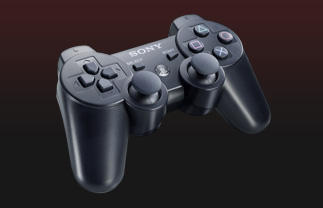 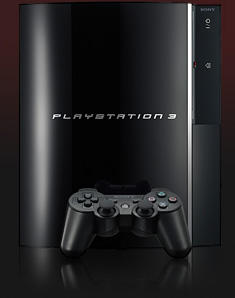 So I went out and bought a 60 Gig PlayStation 3. I never played one in stores at the kiosks. I didn't really want one. I don't have a Wii or 360, and it was an impulse buy. I don't really game all that much. That all changes now.

The PS3 is a work of art. It's designed so beautifully. Just look at the shape. It's gorgeous. I could type all the specs, but you can find them online. It's the most powerful thing out there right now, and at that price it better be. I got an extra controller and a few games when I bought it. The version I bought has built-in WiFi to connect to a router or other wireless network.

Every game I've played, the graphics are crisp. There is a chance other systems come close but the specs for the system say otherwise. Even older PS2 and PSone games look good.

The internet gaming is free. That's right, free. No $50-a-year or anything like that. There also is a program called Folding@Home. It's a program from Stanford University to understand protein fold and unfold, to find cure for disease. No other gaming console is powerful enough to handle it.

There is a program due out in Fall called "HOME." It's kind of like Second Life or The Sims. You interact with other PS3 users. There's a trailer floating around that's awesome.

The controller is nice. The rumble is gone and the weight is lighter. It takes a while to get used to because of the weight, but I don't miss the rumble at all personally. The Sixaxis motion controls vary from game to game. The sensitivity can be set as well. I've used it in about four different games and it's very different from the Wii. The L2 and R2 are now triggers like on the 360's controller. The PS button in the middle has a few different features. It shows the battery of the controller, lets you change controllers, quit the game/movie, and turn off the system. I don't even have to get up. This system is a lazy person's dream.

There are 4 USB ports and an SD/Memory Stick reader on board. It has HDMI for going to 1080i. If you get to play a game at that level, you will be amazed. Wait until Metal Gear Solid 4 is released, because it will be theater quality.

You can connect your PSP for downloads. Since there is an HDD, you can store your photos, movies and music. You can listen to custom gametracks in some games from the music you have stored on you hard-drive.

I am very happy with my purchase. You may not want to put out close to $700 on a console and games, but you will eventually. This system is so advanced that it begs to be bought. Wait until there are better gaming choices or a price drop (yeah right) before you make the purchase.
Review Page Hits: 0 today (124 total)
mediahook