With a fun but easy battle system, great graphics, and good voice acting, what can go wrong? 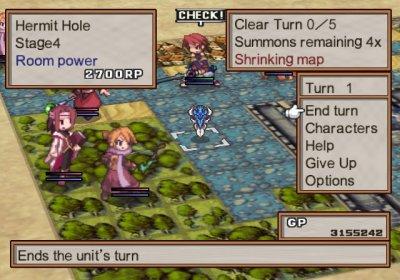 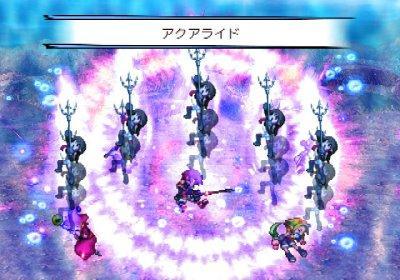 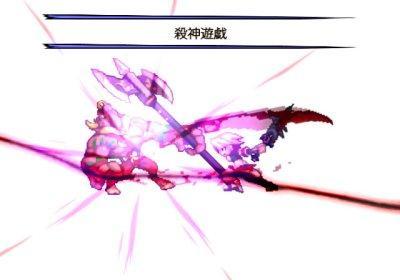 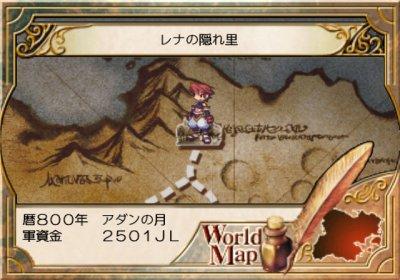 In the game Soul Nomad and the world eaters (or just Soul Nomad for short), you play a character, in which you pick the gender of (a first for NIS games) and you pretty much go on a quest to destroy the 3 world eaters plaguing the world. But since these huge golems could crush entire armies like bugs, you're given a dark blade (called the Onyx Blade in the game) that has sealed in it a very powerful God of Death, that 200 years ago, almost destroyed your world. But, there is a catch to using his power; the more you use it, the more his soul takes your body. So if you rely on him too much, he'll eventually extinguish your soul and take your body for his, and you'll get a bad ending. (I should note that they don't let you blindly walk into these "bad endings," they mark them with a skull and crossbones in your decisions screen).

Graphically, this game would look awesome in 1999, mainly cause it uses character sprites and 3d rendered backgrounds. But that is not at all a bad thing, actually it gives alot of flavor to the game, and the special attacks are so over the top at times that it's actually funny, and i dont think they could be done in 3D. The battle system in this game is alot like Final Fantasy Tactics, in which you're on a map screen and you have to move your characters by how high their speed stat is. But to balance out some characters, they also have it where you can only move once (or sometimes twice) per "turn". Turns are the amount of times every character has had to attack (so turn 2 comes after everybody on the map has moved once, and so on). In the strategy department though, this game is kinda lacking. Because unlike games like Final Fantasy Tactics or Disgaea, or really anything I have ever played before, you make "parties" for on the field, and when you attack, actually it's the entire party attacking that turn. So, you would have 3 archers a healer and 2 swordsmen in a party, and every time they attack, or get attacked, they will all attack the opponent, (and vice versa). So to me, at least, as long as you have a healer or two in the back row, it kinda ruins the tactics and strategy of this game, because unless they die, you will be healed every turn (usually to full health).

The sound in this game is very good, if not awesome. Each piece of music in this game feels like it fits the scenario, and no song really gets too annoying to listen to. Also, the voice acting in this game is some of the best i have heard in video gaming, i think ever.... The main character is a silent protagonist, but the evil spirit of the sword (named Gig) does alot of the talking for you, and his voice actor probably could not have been better, along with everyone else in the game.

Would i recommend buying this game, if your a fan of NIS games, yes. If you like cliche anime storylines, yes. If you don't like either of those categories, i probably would say rent it first to try it....
Review Page Hits: 0 today (208 total)
mediahook