Tells you More about the Game 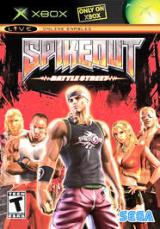 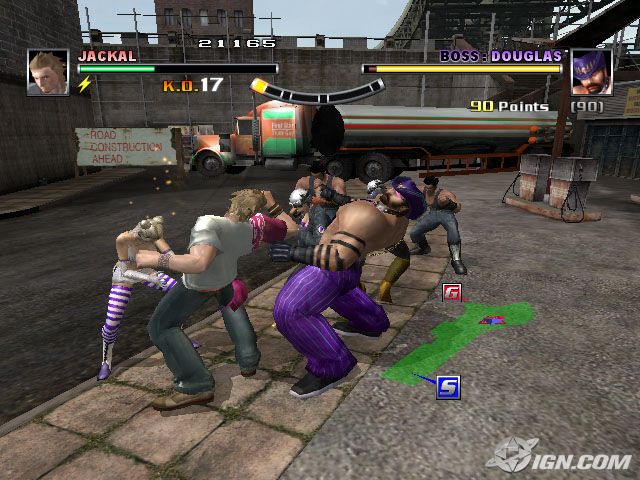 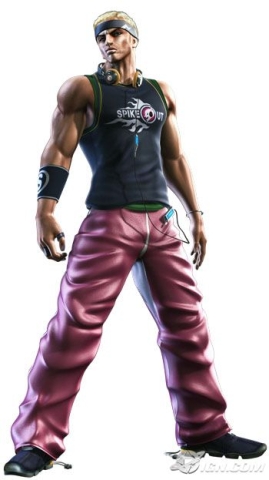 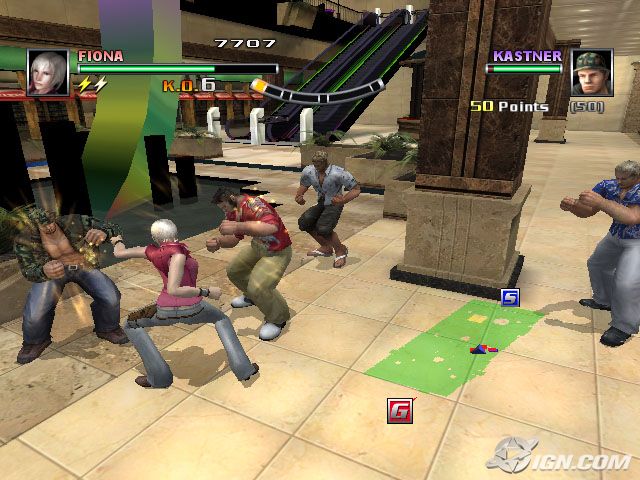 Spike Out: Battle Street is a beat'em up side scrolling fighter that takes you from the bays of a nice small town beach, into a mall made in the shape of a Ferris wheel and lastly, but definitely not least, a big lighthouse tower with a statue of Sonic the Hedgehog as tall as the eyes can see. What? Yeah, that's what I said when I played this game for the first time. Let the disappointments begin.

The story is about a young man named Spike Jr. Spike Jr. is a relaxed type of guy just enjoying life with his girlfriend until one day a group of small time thugs take over his town and tries to kill him for no apparent reason. Turns out Spike Jr.'s father owes this gang's leader some moolah!!! He's a backwater drug dealer. However, Spike is nowhere to be found thus leaving Spike Jr to fight for himself in a game of kill or be killed.

Music in this game consists of mostly electric rock and sometimes embedded trance type tunes. Some parts in the game actually sound ok, but the effect is messed up by the fact that the music has no form to it what-so-ever. It repeats, and quickly wears on the ears. None of the music is remembered at all after the game is completed. To tell the truth, cutting the volume down really makes the game more enjoyable. Sadly that's just how dull, uninspiring, and boring the music is in Spike Out: Battle Street. Let's not even get into the voice overs...

The controls are plain and simple, nothing hard at all to understand what each button does. It's what the controls do that brings both the game play and the replay value all the way down. First off, punch, kick, and jump are pretty much all you will usually end up doing. There is a special button, but to use it you have to hold the button down while this bar at the top of the screen moves from levels 1 through 5 and depending on when you release the button that is what special move will be preformed. While doing all this you will more than likely get punched, kicked, and body slammed multiple times. This is a horrible way to use specials as most of the onscreen enemies are way faster than you. Instead of you charging up to kill them, it usually ends up working the other way around.

Well the graphics are not that bad, it's the animations that make them seem just awful. When the character walks, runs, or does any movement at all, it will make the character look as if its leg goes completely behind it,bending into a disfigured horrible looking mess. This alone turns the visual aspects of the game pretty much totally off. The background graphics are also recycled in some of the later stages, making for a somewhat bland fighting field. I'm sure the Xbox game console is capable of much much more than this .

Overall what can I say? Well you definitely get what you paid for. When this game was first released it retailed for $29.99 new. Today this game can be found for less than 4.99 new. I'd say pick up a copy for a good laugh at just how horrid this game is and for that sole reason alone. There is no action or adventure to be had in this game. Nor will there ever be.. . .. .. . (-_-)
Review Page Hits: 0 today (255 total)
mediahook