While the controls could have been a lot better, SSX Blur is an admirable addition to a series that is all about having fun. 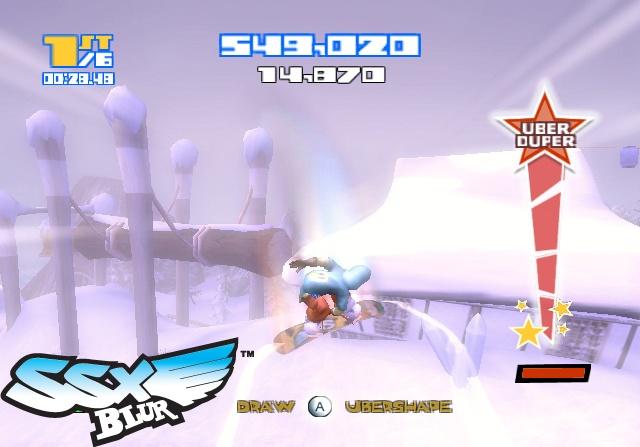 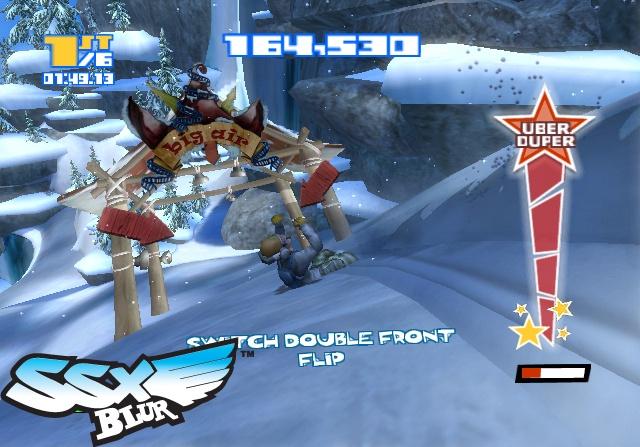 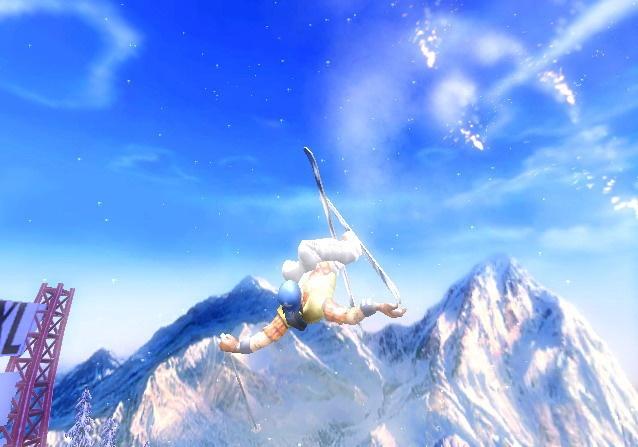 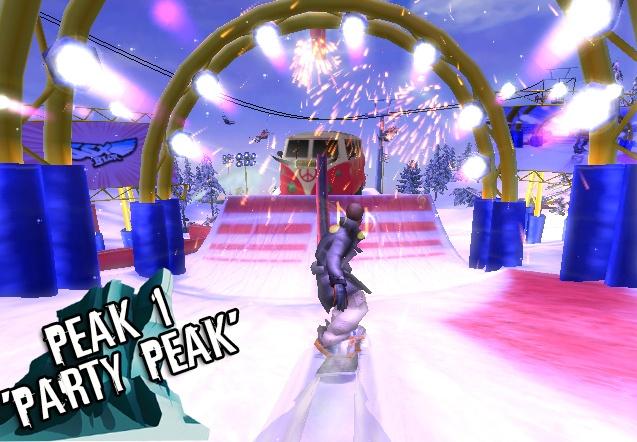 The SSX series has long been a formidable entry into the passionate sport of downhill skiing. Previous installments in the series have shown just how capable the series is at giving the gamer an extensive feeling of what it is like to be racing down snowy slopes and executing outrageous maneuvers high above the ground. While the latest version on the Wii exemplifies these points rather well, the loose and clumsy controls will make you feel rather angry with SSX and the entire downhill skiing scene altogether. Despite that, the overall feeling of tricking out on a snowboard is still as fun as ever.

In SSX Blur, players can choose from a wide assortment of playable characters, boards and outfits for different campaigns and multiplayer modes. Every track involves a simple trek down the side of a giant mountain on which players must race, trick, or maneuver their way down to the bottom. Depending on the situation, players are asked to do different things, such as grind the most rails, hit as many targets as you can with snowballs, or simply be in position number one at the finish line. The wide assortment of modes and features in every race will offer plenty of incentives to play each level over and over again for quite some time.

But even all of the different modes cannot hide how hard it is to accomplish even the simplest of tasks. In a lighter sense, the controls drag down the speed of SSX Blur, which can go from incredibly easy to understand to insanely bad. In the beginning, expect to be overjoyed by how simplistic it is to pull off numerous tasks and how exciting the sensation is once you rack up enough points to advance through the game. The basic controls require you to hold the remote in one hand and the nunchuck in the other, and pressing forward on the analog stick to accelerate your character. Once airborne, you can move the remote in different directions to perform spins, flips, and other various maneuvers. You can even throw snowballs this time around, which can be used as a method for taking down rival racers or hitting target markers scattered throughout the courses.

However, the easiness of the controls ends there as everything soon goes downhill, as the controls become much more frantic and random as time goes on. Once you start earning enough points you can unlock super moves called ubertricks. Ubertricks are essentially moves that make your character do all sorts of routines in midair quickly before he lands again. While they may look very cool, executing them is another story. Once you have a full power meter, you can unleash an ubertrick by holding A in the air and than moving both the remote and nunchuck to match the on-screen icon. Numerous times have we tried to sync our controller with the icon on screen with nothing to happen immediately afterwards. The ubertrick tutorial, which stresses the importance of timing, even seemed to be faulty as it never correctly acknowledged button presses or controller movements. There are times in later races when performing tricks seemed like a game of luck, often waving both arms randomly to execute some of the tougher moves. Expect to spend a lot of time trying to master the controls, because the steep learning curve will no doubt leave many gamers in a mad rage.

SSX Blur is in no way a bad game. In fact, it pulls out what it is meant to do rather well and the game is fun for a good portion of the time. If you can look past the non-uber controls, than there is plenty in SSX Blur for everyone to enjoy. Blur still has that same SSX charm and feel, with a new artistic look that feels right at home on the Wii. There were never any moments of serious graphical problems, although sometimes the visuals in the later races jerked around a bit, often causing the character to get stuck behind imaginary walls or go through solid objects. These moments are very scarce and aren't too easy to pick up on since you'll be moving so fast.

Multiplayer has also been added to give the game a friendlier approach to newcomers while giving devoted fans something worthwhile to come back to. While you can essentially only race and perform tricks, multiplayer mode is exceptionally fun to play with friends, and trying to best each other in scores is always a rewarding experience. Split-screen offers a chance to race against each other in various unlocked tracks, but the smaller screen makes navigating and controlling that much harder to manage--a shameful blemish on a solid experience. Perhaps an online mode in the future could make the multiplayer experience an even more worthwhile.

While the controls could have been a lot better, SSX Blur is an admirable addition to a series that is all about having fun. Don't let the controls drive you away from this game, as there are more goodies to be had if you just spend some time with it.
Review Page Hits: 0 today (70 total)
mediahook