Will Ferrell and John C. Reilly team up for a funny, but predictable comedy. 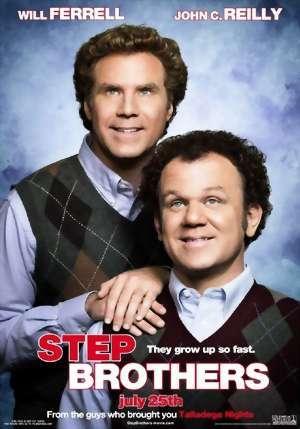 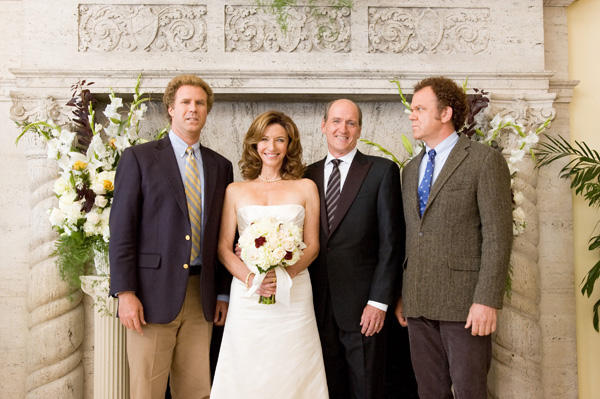 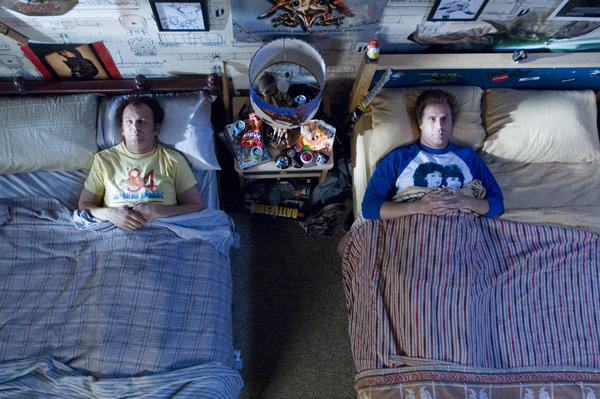 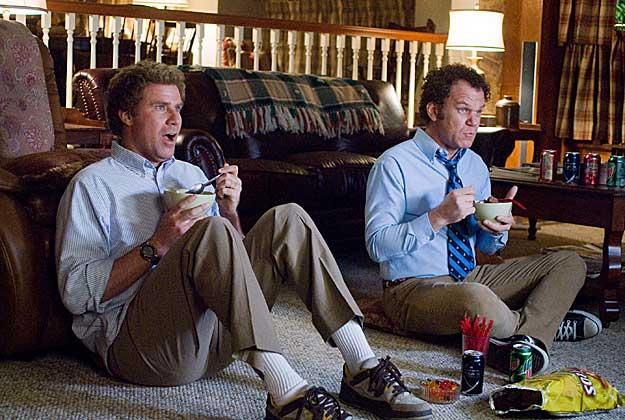 Will Ferrell has become a somewhat polarizing figure within comedy. Some people love everything the man does while others just find him loud and obnoxious. I think you can put me in between those two groups. Will Ferrell is loud, obnoxious and goofy. If you can put good timing behind those skills, along with a good physicality to your acting, it can work pretty well. For the most part I really enjoy Will Ferrell's movies, although I have enjoyed each of his "vehicles" less and less. Anchorman is my favorite Ferrell movie, then Ricky Bobby and then that movie with the Flint Tropics. This one isn't so much a vehicle just for Ferrell, because John C. Reilly is along for the ride. How does it work? Read on to find out.

This movie is predictable. Really, really predictable. There is a scene where Dale (played by JCR) gives Brennan (Ferrell) a tour of the house they will now share, along with their newly married parents. They come across a room which houses Dale's awesome drum set, which he tells Brennan he can never, ever touch under any circumstance. So what happens 10 minutes later? Brennan is rocking out the drum set. Dale comes home, does some investigating and questions Brennan why his drumstick is chipped. Brennan then proceeds to rub a certain part of his body all over the drum set whilst being tackled by Dale. Everything spills out into the front yard where the neighbors can watch while Dale and Brennan fight each other with a bicycle and a golf club. As soon as I saw the drum set, I knew exactly where it would lead, and I was right.

Now, does that make the film unfunny? No, actually, it doesn't. There is still a lot of funny stuff here. It's just that the plot can only go so far, and a lot of where it goes is incredibly obvious to the audience. Brennan and Dale are 40-something losers who live at home with their single parents. Those single parents meet at a medical conference and get married within the first 5 minutes of the movie. Once the parents get married of course they have to consolidate into one house and that brings Brennan and Dale, the step brothers, closer together. In the same room in fact. As Dale's father explains, there isn't an available room for Brennan due to Dale's "office" (aka drum room). Now, imagine how 5 year olds would act in this situation, then just add 40 year-olds and you have the formula for the movie. If that doesn't sound appealing to you, take a pass because you will not like this.

So how does the simple, predictable premise work? Thanks to the chemistry that John C. Reilly and Will Ferrell have, everything that happens in the movie is funnier than it would be with two less talented comedians with no chemistry. Even though you can see a lot of the jokes and gags a mile a way, their mannerisms or delivery of lines still make that joke funny. Another surprise of the movie is Adam Scott, who plays Brennan's non-loser brother, Derek. I have seen Adam Scott in HBO's Tell Me That You Love Me, and at first I wasn't sure if he could pull off a comedy. Well he did and he did it well. He constantly tells stories about all of the famous people he has hung out with doing things like climbing mountains and catching trophy fish. His character plays of Ferrell's very nicely.

So while there isn't anything original here, and a lot of it is very predictable, I still think it's worth watching for any one who wants a good laugh. Ferrell and Reilly are great together, some of their situations are funny, there are a few one liners worth repeating and the supporting cast is pretty good as well. I don't think this is something I could keep coming back to, like Anchorman, but for a one time watch it was pretty good.