One of the most disappointing RPG experiences of my life. An average game attached to a great name. Review written for the Suikoden fan. 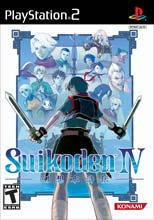 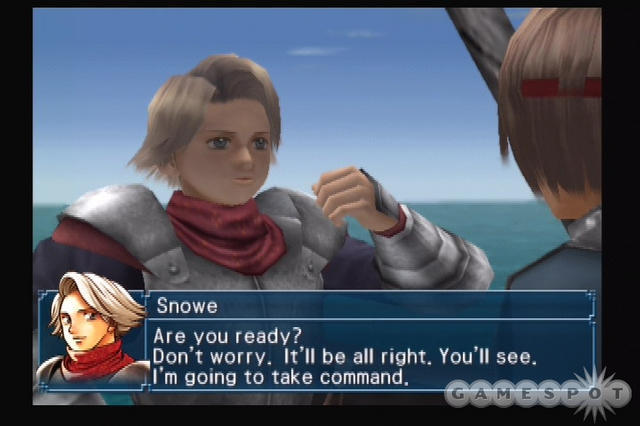 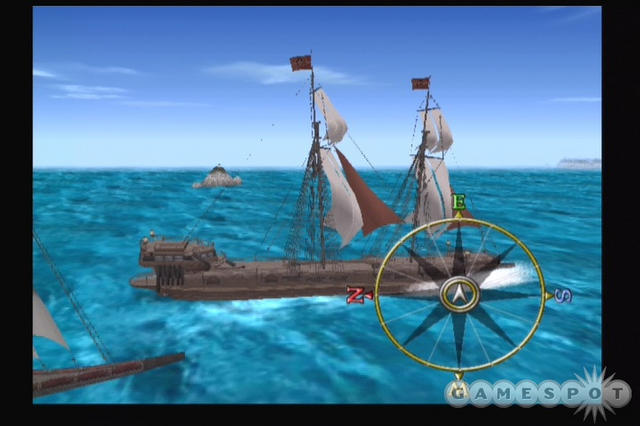 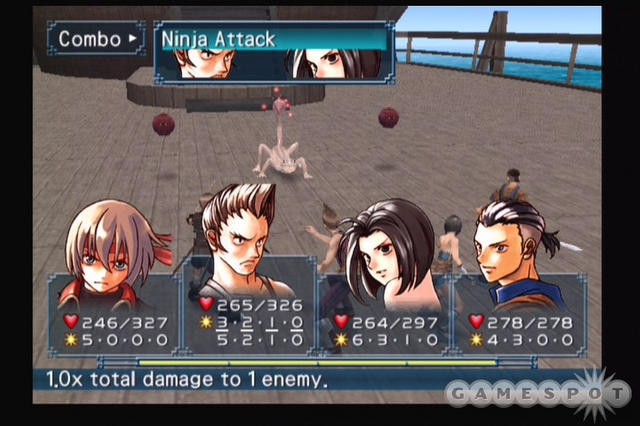 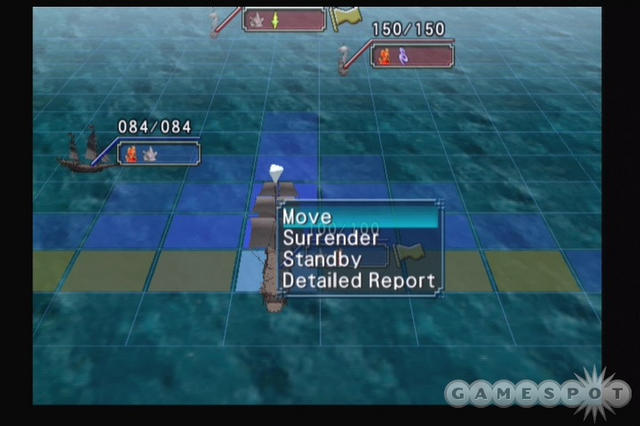 As a huge fan of both the Suikoden series and Skies of Arcadia, I came into this game thinking "Wow, a prequel Suikoden game that takes place on a boat... sounds great!" Unfortuately, this is a game that wholely fails to live up to expectations. While playing, I could never shake the feeling that the game was only half done. The Suikoden series has always made up for it's graphical deficiences, as well as a sometimes confusing storyline, with a fantastic cast of characters. With 108 characters per game to work with, Konami has always managed to develop a few dozen memorable characters per game, and keep the whole affair intersting. This time around, the total lack of a coherent storyline, mixed with graphics that would have been considered average years ago are impossible to get past.

When reading spoiler-free reviews you often come across lines like "Without giving away too much..." before the reviewer drops in an all-too-obvious hint about the plot. In the case of Suikoden IV, there really wouldn't be too much to give away in the first place. Having completed the game with all 108 characters, and just about 100% of the various side games and quests completed, I still have no idea what the game was about. It was either a grand staging of a very small event, or the writers of the game chose not too inform us of why the enemies were doing any of the things they were doing. Throw in the fact that far more of the optional "Stars of Destiny" had basically no story than in the past Suikoden games and you are left with one of the most pointless RPG's of the next-gen era. If you are looking for an RPG with an epic plot, look elsewhere. In fact, if you are looking for a game with a plot of any sort you should probably try another game...

Tied very closely to the lack of storyline is the lack of main character development. Suikoden IV emplys the time tested formula of the quiet hero surrounded by outspoken friends and advisors. The key to this strategy has always been making the main character look cooler than anyone else, interspersing a few leadership building moments, and eventually having their strength surpass everyone elses. In this game, none of those things happen. The main character seems to be the hero more by default then by merit. He is basically the worst looking character in the game, which is saying something when your game has almost 120 characters (including the baddies). He rarely speaks, doesn't come up with the plans, is far from the strongest on the battlefield and is an all-around waste of time. Basically, if I could have dropped him from the party I would have.

On top of the lack of storyline and below average graphics, the makers of this installment in the series decided to forgoe the six person battle party from Suikoden I-III for a more RPG traditional four character group. The problem with this is quite obvious: How do you whittle 108 down to four and a support character? With six characters, you could have a core group to handle most of the fighting an a few open spaces for testing magic, team attacks or just foold around with character obviously not designed for fighting. Even Suikoden III, which forced you to create three pairs of fighters for your party maintained the six man unit. Having only four in the party in this game means near constant party changing, rune manipulation, leveling up and armor equipping. As in past Suikoden games, money is almost always an issue, and having to fully equip test characters because they don't have anyone to cover for them in the party makes for some frustrating times. Aside from the way too frequent random fights on the open seas, the gameplay is pretty basic for a modern RPG and doesn't really add much to the game.

It's not all bad though. Even with these problems, Suikoden IV is still at least an average game. If I didn't go in with such high expectations, I probably would have chocked it up as another run of the mill PS2 adventure and moved on. As always, collecting the 108 stars has it's particular challenge, and provides some opportunities for problem solving (unless you are playing with a walk-through of course) and it's share of humorous moments. The other mainstay of the Suikoden series, the mini-game, is back in force, too. In the first three games of the series, gambling games have played a vital role in trying to raise money for outfitting your army (remember the double-or-nothing dice of Suikoden I). In this game, the monetary returns have been significantly limited, but the depth of some of the games are much improved. The best of the mini-games is without a doubt Rita Pon, a creative little tile game that will suck hours out of your life if you try to get good. Sadly, a mini-game that you really never have to play is probably the best thing in this game.

In the end, if you are a hardcore fan of the series you are still going to play this game. It is a prequel to the rest of the series, so it has some fun moments for those familiar with the existing Suikoden world. If you are only a casual fan of the series, or totally new to it for that matter, I cannot recommend this game. Play, or re-play, Suikoden III and Skies of Arcadia and save your money for bigger and better things.
Review Page Hits: 0 today (560 total)
mediahook