A wonderful return to form for a classic RPG series. A perfectly simple game, yet full of complexity. 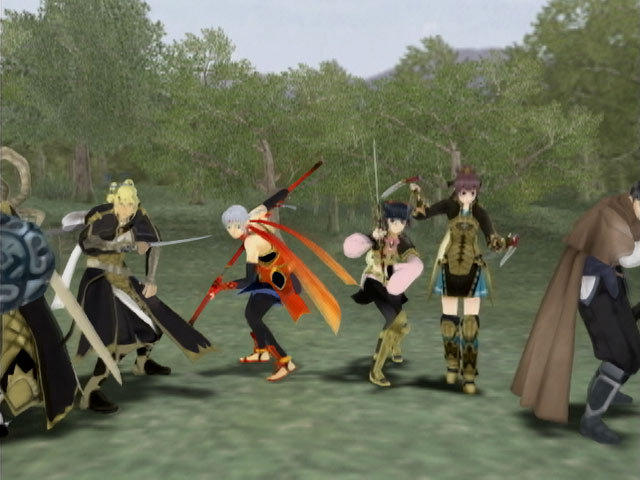 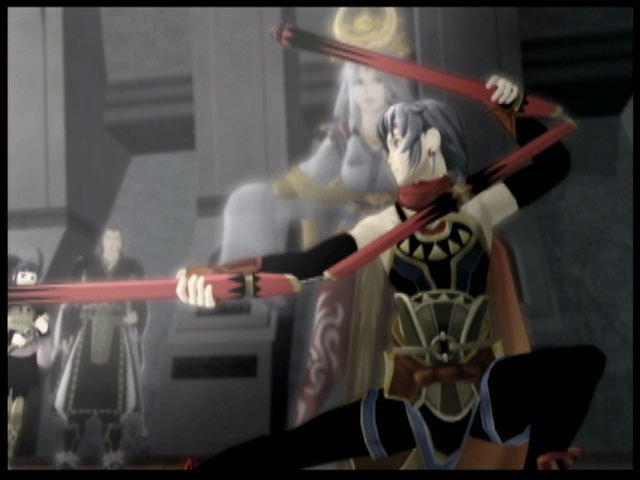 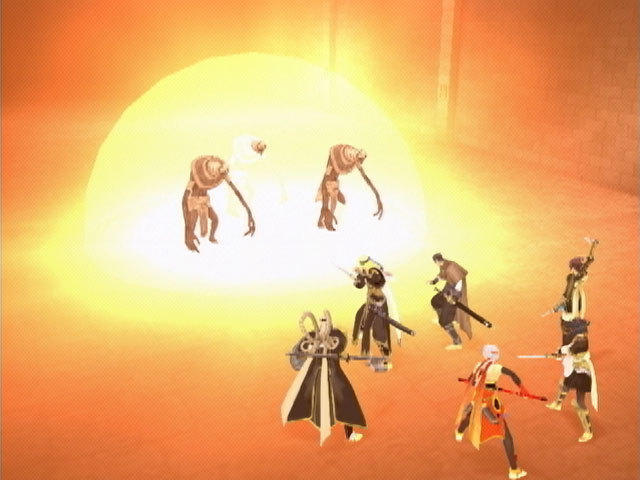 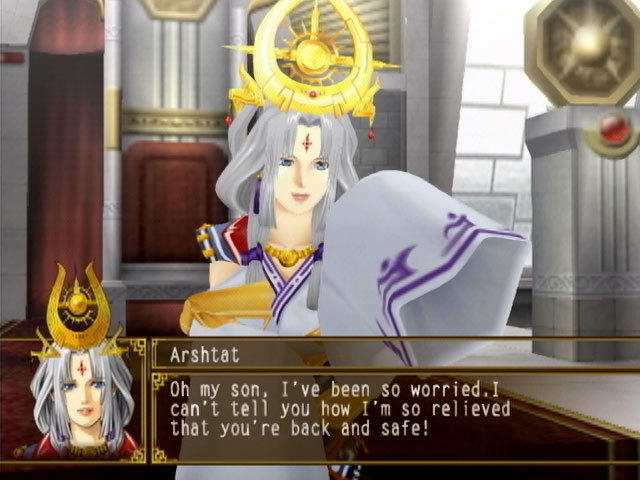 After playing through Suikoden IV, I was very disappointed by a game that I had very high hopes for. I felt the need to write my only game review to keep others from wasting their time on a game that did little but lower peoples' regard for the Suikoden series. Well, let's just say this review will be slightly more positive.

In making Suikoden V, Konami seems to have made a conscious decision to return to the series' roots, and have done so with great success. With simple gameplay disguising a sophisticated, intricate RPG, Suikoden V fits seamlessly into the long-running series. Gone are the gimmicky "trinity sight" systems of III (worked well) and seafaring travels of IV (boring disaster). In their place is a game built around the unnamed Prince of the Queendom of Falena. Bordered by the allied Island Nations and a group of previously vanquished countries, Falena stretches far and wide and is ruled by Queen Arshtat and her husband/bodyguard/leader of knights Ferid. As the name would imply, the Queendom can only be ruled by a queen, who holds sway over the all-powerful True Sun Rune. As a Prince, our protagonist is traditionally destined for an arranged marriage and a life abroad. Those of you familiar with the political intrigue and infighting that dominates the Suikoden universe will not be surprised to find that the Prince is one who believes in determining his own destiny, though.

As always, the real goal in Suikoden is to collect the 108 Stars of Destiny to your cause. To do it, you will need to dedicate 50+ hours if you are willing to play with a walkthrough, or far more without one. A welcome return to the Suikoden series is the six person parties of I-III, which allows you to play with the non-traditional characters through the majority of the game without compromising your ability to win fights. Beavers, dragon horses and sea monsters join the normal ranks of chefs, gamblers, engineers and battle-hardened warriors in your ever-growing army. Using the right combination of characters allows you to unlock team attacks, but the real key is balancing attackers, magic (rune) users and stout defenders, then building a formation around their particular strengths. The game boasts the ability to customize any character to your particular liking through the Skill/Magic system, but this isn't really the case. The characteristics of each "star" are relatively well defined from the moment they join.

Another improvement over Suikoden IV are the semi-real time army battles. Replacing the 3v2 grid based ship battles of IV are land and sea (river, actually) split strategy battles that help move the story along. While they are by no means a strong game on their own, they do the job and present enough of a challenge to work well. The game also offers periodic one-on-one battles that offer little other than some character developing quotes. Speaking of which, the best parts of Suikoden IV, fantastic voice-work and interesting mini-games, have not abandoned the series.

Suikoden has always been a story-based series, and in this field Suikoden V does not disappoint. It starts a little slow, but builds into an enthralling plot with well-developed sub-plots and character interactions. All the usual winks to the Suikoden veteran are present, but one who has never played a Suikoden game will still find a great deal of enjoyment in this title. With a classically simple turn based fighting system, improved graphics and sound and a great story, Suikdoden V is a better game then III and far better than IV. This game is a worthy successor to the foundations laid down by the original and the brilliance of Suikoden II. Every fan of traditional RPG's needs to play this game, and everyone else probably should, too.
Review Page Hits: 0 today (661 total)
mediahook