Fun game, but is it truly mario? 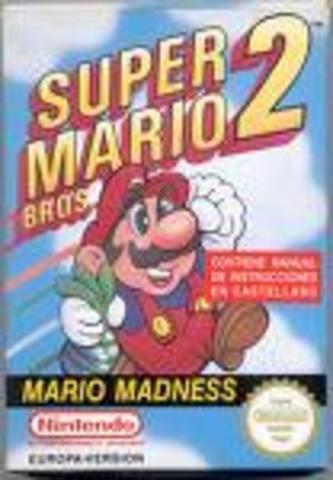 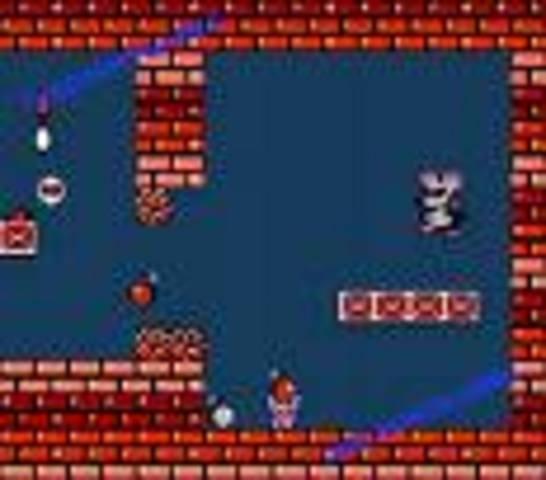 Back in the days of the NES's release, Super Mario Bros. changed the world of gaming. For once, instead of a game that only involved getting the high score, Super Mario Bros. was the first game with well developed music, a lot of depth, many secrets hidden throughout the game, and everyone got to experience it because it was included with every NES. A sequel for this game was a no-brainer. So a game that used the same exact graphics engine as the original Super Mario Bros. was created. Super Mario Bros. 2 was very close to the original except it included poisonous mushrooms, backwards warps, and was one of the hardest games Nintendo ever made. The difficulty was so high that sometimes people needed a FAQ or guide to find out how to get across a certain gap. Being that it was so hard, Nintendo decided to never release the Real Super Mario Bros. 2 in America, instead using a Japanese arcade game titled Doki Doki Panic in which they inserted Mario Characters in the place of the games normal characters. This is where we got Super Mario Bros 2 that Americans know.

Design: Super Mario Bros 2 (SMB2) is just like a normal sidescrolling platformer where you have your gaps to jump across, swarms of enemies to battle, and a few levels that try and mix it up. There are also health power-ups to be found around the levels. At the end of almost every level you fight a dinosaur called Birdo. When you fight the boss at the end of each world, it is different and usually very challenging. 8/10

Gameplay: Although some complain about not getting the real SMB2 in America, this game is more developed than the Japanese version. Unlike in most 2D Mario games, SMB2 gives each player the ability to pick things up using the B Button. Also, each player can do a high jump by holding down on the D-Pad until the player glows, than hitting A. Besides those abilities each player has their own special traits. Peach can float for a while if you hit the A Button while in mid air, Luigi can jump higher and longer than other characters, Toad can run very fast by moving and holding down B and he is 1/2 the size of other characters so it is easier to avoid attacks, and Mario has all of his abilities equally balanced. You go through each level avoiding enemies and than fight Birdo at the end of almost every level, which involves grabbing the eggs she spits out and throwing them back at her. In my opinion the boss battles are where SMB2 truly shines. At the end of each world you fight bosses such as a 2 headed dragon who spits fire and you must throw any object you can find at your foe. Also to mix things up there are caves to enter. For example, in one cave there may be a rock wall where you must throw a bomb to destroy it and than go through and find a Test Tube. Test Tubes are a part that takes away the simplicity of the original Super Mario Bros. When you get a test tube, wherever you throw it a door is created, you go through the door and appear on a "dark side" of that area for about 10 seconds. Now if you threw it at the right part and go through, you should see a mushroom on the ground. When you pick the mushroom up, your maximum health increases by 1. Although it may have sounded like a good idea at the time, it is very hard and complex, unlike just jumping into a block as in the first Super Mario Bros. There are also quite a few levels that involve finding keys to unlock some doors. Whenever you find a key you must pick it up and run away from a mask who chases you. If you throw down the key than the mask will go away until you pick it back up. The chase sequences add a lot of fun and variety to the game. 9/10

Side Note: SMB2 lacks multiplayer, which is a rather large disappointment.

Presentation (Music/Graphics): SMB2 has truly amazing presentation. Most of the music in this game is addictive and fits well with the game's mood. The graphics are pretty good for the NES era and have lots of color and brightness that remind most people of Super Nintendo Games. 10/10

Although SMB2 on the NES has no multiplayer and the lack of modes may cause some dislike, a remake for the Gameboy Advance called Super Mario Advance has multiplayer, allows you to save, and features various new additions like 5 red coins hidden on each level. Also, an unlockable in the GBA version allows players to try and find a Yoshi egg hidden on each level. The bad thing about the GBA version though, is that infinite continues and allowing to save have ruined its difficulty. There has been a recent price drop in the GBA version to 15$, so I would recommend it if you want the extras. But for 3$ on eBay, I'm not complaining about this fun NES title.