You'll Love Brawl As Much As You Love Nintendo, For Better Or Worse 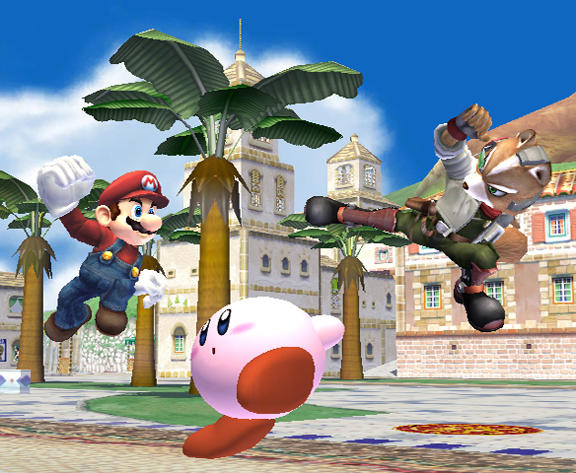 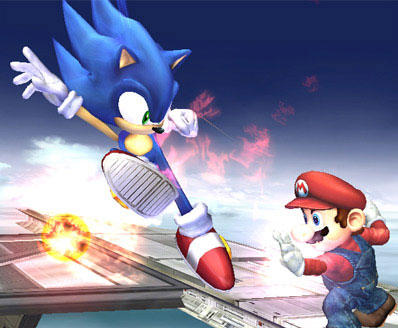 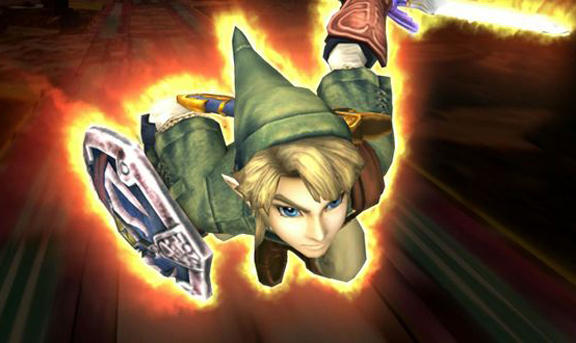 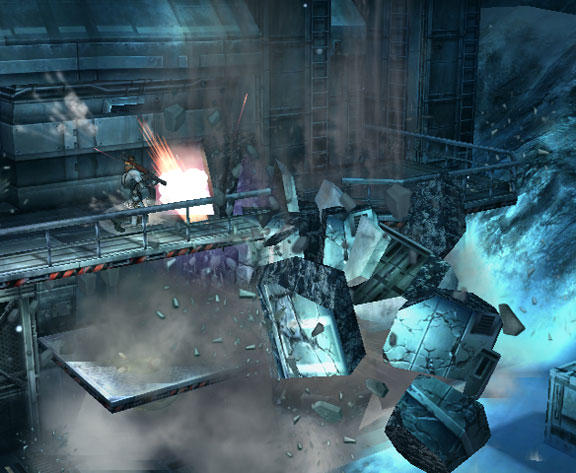 I still remember when Super Smash Bros. was announced for the N64, so long ago. I read the news in Nintendo Power and I was quick to relate the information to all of my friends. This was the moment we had long only dared dream of: All of our school yard debates (Could Link beat Bowser? Kirby vs. Jigglypuff? Was Mario or Luigi the mightier brother?) could be settled once and for all in this capable cross-over brawler. When Super Smash Bros. Melee came out two years later, it improved upon the original formula in all of the right ways. Not only did it bring more fighters and stages to the table, it added more game modes (Adventure, Events) and features (trophies). Personally, I spent many a happy twilight locked in four way battle on the old Gamecube. Given this history, one wouldn't be too shocked to hear that I was excited about the news of a Nintendo Wii installment of the series. With this news, though, came apprehension and fear that the game wouldn't live up to it's grand heritage.

Among the biggest fears of the Nintendo faithful anxiously awaiting Brawl's release was the control scheme. Anyone who's played and enjoyed Melee would have a hard time imagining playing their beloved franchise with anything but a Gamecube controller. In this regard, Nintendo does not disappoint. Brawl has 4 different control modes. The game can be played with a Gamecube controller, Wii Classic Controller, Wii-mote with Nunchuk, or just the Wii-mote. All of these methods are functional, but the Gamecube and Classic controllers stand out as the preferable input devices. The Nunchuk is serviceable at best and the Wii-mote is a joke, by comparison. With Wavebird in hand, Brawl plays almost exactly like Melee. This is sure to delight Smash Bros. fans, but if the previous two games left you cold, don't expect any revelations in Brawl.

Indeed, with everything that has changed since Melee, just as much has stayed the same. The gameplay is nearly identical. Up to four combatants still enter one of many Nintendo themed stages and pummel each other to increase accumulated damage and ultimately launch each other into oblivion. Good times. All that has really changed since the last game is the addition of new levels, characters and items. The most notable of the new items are the Smash Balls. After spawning randomly somewhere on the current stage, a Smash Ball will float around unbidden by obstacles, waiting for one of the contestants to attack it and inflict enough damage to unleash its power. Whoever delivers the final blow to the item comes aglow with energy and can then launch an ultimate attack specific to that character. The "Final Smash" attacks range from overpowered (Fox's Landmaster Tank) to hilarious (Kirby's Cooking Pot) to nearly useless (Ness' Starstorm). Thankfully, the imbalance in finishing moves doesn't carry over into core character balance. Though the Virtua Fighters and Soul Calibers of the world may dismiss Smash Bros. with a derisive smirk, there's no denying that beneath the party game veneer is hidden a deep fighting engine with pick up and play mechanics that are as fun to master as they are to learn.

On top of fighting just for fun's sake, Brawl is loaded down with extras. And when I say "loaded down", I mean "Go on. Just try and unlock everything." Like the previous games, unlockable characters and stages abound and the trophies from Melee make a welcome return. In addition to more Nintendo characters to thrash, Konami's Solid Snake (Metal Gear series) and Sega's Sonic the Hedgehog show up for the action here, a move sure to please fans of those respective series. Also new to the series in Brawl are "Challenges", Xbox-Live-Achievement-like goals that unlock stages, soundtracks, even Virtual Console demos (called "Masterpieces). Even after the last character is in the roster and the last stage is available for brawlin', completionists will have enough to keep them busy for weeks, even months, chasing after every last Challenge.

Many of these unlockables can be attained through the newest game mode, "The Subspace Emissary". This story mode is meant to replace and expand upon the Adventure mode in Melee. Though there are some interesting ideas here, the execution is a bit lacking. Repeated enemies and a cliche crossover storyline keep this mode from standing out as a solid single-player experience. Aside from the memorable boss battles and the obviously lovingly crafted cut scenes, much of the content here feels like filler, like an IV drip of content for people too faint of heart to unlock everything through the Brawl and Classic modes. Fortunately, the bitter pill of playing through for all the unlocks is sweetened by the ability to play co-op with a friend.

The core of the Smash Bros. franchise is multi-player: gathering around a television with 3 friends and savagely eviscerating each other. This element of gameplay remains intact in Brawl, with the addition of a few game modes. Timed, Survival, and Coin matches (pummel your enemy, then grab the coins he drops) return. The introduction of Special Brawl allows players to set up local matches with unique rule sets, but the real star of the show is the addition of online play. The party game atmosphere of Smash Bros. begs for anonymous online play and Brawl delivers. Delivers a bare-bones multi-player experience, that is. Anonymous matchmaking is available via "With Anyone" play which is functional, if nothing else. The biggest disappointment is in the "With Friends" online mode, where Nintendo's signature "Friend Codes" make an unwelcome return. I admit the Friend Code system could work, if say they were the key to a centralized friend list. The design decision to force gamers to exchange different Friend Codes for a different friend list for every online Wii game they purchase is a perplexing choice that Nintendo seems determined to go the distance with. And this doesn't even speak of the inherent latency issues the Brawl servers were suffering when I sampled the game. It seems that with online content, Nintendo takes two steps back with each step of progress made. (At the time of this writing, Nintendo's official response to the latency issues is essentially "The lag will go away when less people are playing online". They made this announcement with such confidence as to lead me to believe that they had just learned how network servers work and were certain that this was news to us as well.)

Online issues aside, Brawl looks fantastic, and I don't even feel the need to qualify that statement with "for a Wii game". Nintendo has made no secret of their decision to bank on innovation for their new console rather than pure horse power, but if Nintendo keeps churning out games like this and Twilight Princess, the distinction will be almost indiscernible. Brawl builds on the artistic style of Melee while taking everything to the next level, as is apparent in the finer textures and smoother polygons. The variety of characters and environments would be impressive even on a more powerful console. This attention to detail and love for the material shines through in the sound department as well. Many of the skillfully crafted remixes and orchestral arrangements of classic Nintendo theme music have since found their way onto my personal playlist.

After all the dust has settled on the battlefield, I think it's safe to say that I'm not disappointed. Quite the contrary. Super Smash Bros. Brawl stands as a shining example of how to do a sequel right. It expands upon the previous games while polishing the entire experience to near perfection. It also stands as an open love letter to Nintendo and the legacy that the company has built over the last three decades. If Nintendo continues to produce games of the same quality as Brawl, here's hoping they stay in business for another thirty years to come.
Review Page Hits: 0 today (1,083 total)
mediahook