Nintendo's smash hit (literally) makes its way onto the Wii console, packed with new characters, maps, modes, and more. It has both old and new characters, so newbies and veterans alike will enjoy it. Overall, this game is a must for the Wii owner. 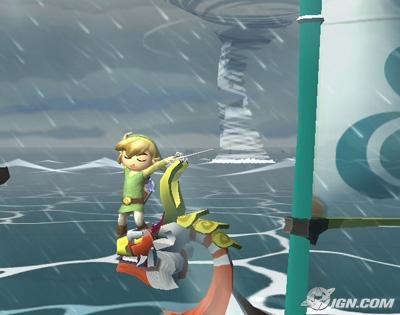 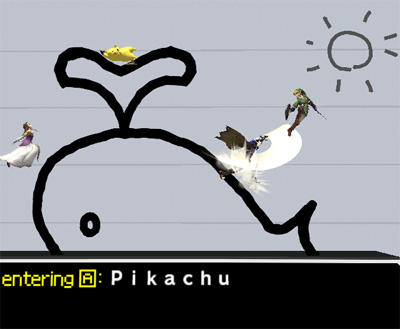 Welcome to the wonderful world of Pokemon! I'm your professor, Oak...err...nevermind...wrong game. Today I'll be reviewing Super Smash Bros. Brawl, Nintendo's latest installment of the infamous Smash series. You'll laugh, you'll cry, you might even have a spasm or two. Anyways, enjoy this review and I hope you'll find it useful.

To begin with, Brawl (I'll be calling the game this from now on) is pretty much like the other two games in the series, in the sense that the gameplay hasn't changed. You choose a character from a list of Nintendo favorites, choose a stage to fight on, and then fight til the finish. It includes an array of playable characters, from veterans like Pikachu and Mario to newcomers such as Metaknight and Wario. And if you're not into Nintendo, you'll even find the legendary Solid Snake and crazy Sonic the Hedgehog in the game.

Veterans will also love the fact that the Gamecube controller is supported. It uses the same controls as Melee, so if you were decent at that game, you'll be just as good at this one too. There are also a few other control schemes, including the Wiimote, Wiimote + Nunchuk, and the Classic Controller. After experimenting with these, I came to the conclusion that the Cube controller was the best and most responsive. The Wiimote felt a bit clunky, as did the Wiimote + Nunchuk setup. Overall though, you'll still have a great time with any of these control methods.

One of the newest features in the game are Assist Trophies. Basically you grab one of these and throw it down, releasing a temporary partner. A lot of these are favorites that just didn't have what it took to become a playable character. Some notable assist trophies include Waluigi and Shadow the Hedgehog. At first, I didn't really understand the concept, since they basically act as alternatives to pokeballs, but once I played it, I loved them.

This game supports 16:9 widescreen and 480p resolution. Because of this, the game looks quite beautiful. Even if you don't have a top of the line TV, the game still looks great. Sadly, the Wii lacks in hardware, so even Brawl's graphics can't match 360 and PS3 games like Gears of War and Metal Gear Solid 4: Guns of the Patriots.

An actual story mode was implemented into this game. It was fun at first, but it's way too repetitive. After about an hour or so, you'll find yourself extremely bored. Basically I think Nintendo used this formula to make it: INTRO -------> FIGHT -------> CUTSCENE. Also, the story only gives you about 5-6 hours of gameplay, which is quite sad. Another con is that most of the characters in the game will be unlocked through this mode. You can unlock them by alternatively playing VS matches, but who wants to play nearly 500 matches just to get them? Nintendo should have had a better alternative in my opinion.

Online play was introduced, which was one of the main reasons I bought it. You can either play with friends or with random people. If your opponent(s) lives near you, then you'll have no problems online and will have the time of your life. But sadly if they are far away, get ready for a nightmare. The online play will lag horribly, music will skip, and you'll find yourself very very annoyed. Now, I'm no genius, but when games like Mario Kart Wii have absolutely no lag, why couldn't Nintendo make our online experience with this game just as enjoyable?

The soundtrack for Brawl is simply incredible. It has a ton of selections, from official music to remixes. A stage builder is also in the game, which lets you create stages and play on them. You have complete access to the soundtrack and are able to use them in your stages. You can even submit your creations online to Nintendo. A con of this, however, is that you are only given a few stage backgrounds and parts to choose from. That's really not enough to spark my inner artist. Downloadable content is not supported in this game, though you can download stage creations.

So what's the learning curve? It's pretty easy, actually. You can pretty much get by with button mashing and do well. There are some advanced techniques though, and if you want to play competitively online with others, you'll definitely need them to win. I joined a Brawl site, thinking I would pretty much kill them in game, and I lost horribly.

Overall, this game does deliver. With great graphics, a large variety of characters, online play, and a story mode, you'll find yourself never bored with this game. There's something for everyone, and both newbies and Smash veterans will absolutely love it. I give kudos to Nintendo for this game, and I hope the next installment will be as good.
Review Page Hits: 0 today (1,036 total)
mediahook