After reading this, you will know the pros and cons of Super Smash Bros. Brawl and make your final decision on buying the game. 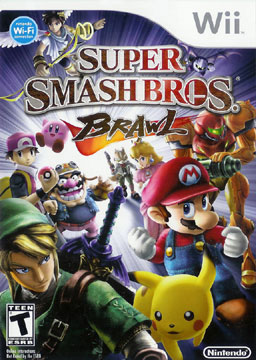 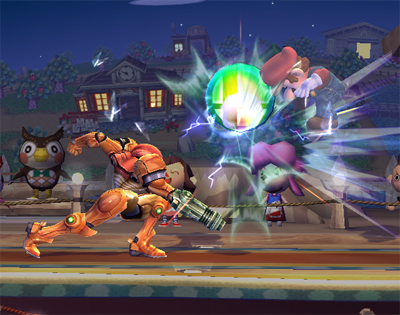 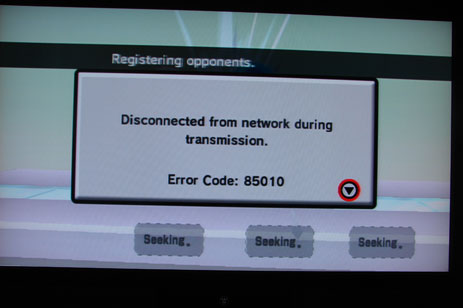 In this new action packed sequel of Super Smash Bros. Brawl a new story line has arisen. In Super Smash Bros. Brawl trophies battle it out in the world of Nintendo. Then a new enemy appears, threatening to destroy the Nintendo world, with the help of Ganondorf. This new enemy is Tabuu, a blue human figure with wings with the power to destroy everything and everyone in or out of sight. This mysterious figure can even destroy the Mighty Master Hand with one blow. Now the mighty young heroes will go on a quest to stop this entity. Along the way they will struggle to keep their world in one piece, but one hero will not be enough. Along the way many of the Nintendo characters will meet old, new, and evil characters which will join forces to defeat Tabuu and his faithful servant Ganondorf.

This game takes the battle to a whole new level. There's four different ways you could beat your enemy. The Gamecube control, classic control, Wii mote, and Wii mote and nunchuck. It also has more features than its older brothers. There's Boss Battle, in which you play 10 different bosses from story mode. There's also a stage builder, in which you can build your own stages, which is a great new feature for the Wii. Now you just play just the Wii stages, but your own stages too. You can design them to your liking, from a Pokeball, to a Nintendo's character face like Mario, to any crazy design you want to. It includes online play which is a lot of people's favorite mode. You can play people from around world. You can even write your own customized taunt to get the other mad. You can even email custom stages, video, and screenshots to your friends. Our personal new favorite item is the Smash Ball. It takes the characters' moves into a whole new level. With a out of this world move which is called the final smash. With one blow you're considered a goner.

In Super Smash Bros. Brawl you'll see a plethora of characters, both veterans and newcomers. There are so many characters you will have a hard time just picking one. In the beginning you start off with just the main ones, but as you've seen in past smash Bros. games you have to unlock the unique characters. It's the same here too, but you have a lot more to unlock. Each character has its own special move; for example Link has the Triforce Slash and Wario can turn into Super Wario. Something bad about the characters is that is that the veteran characters have the same moves as in melee, but the new characters really pack a punch with their new moves and taunts.

One important addition to this game that wasn't included in the past games is online play. This was a feature that many Nintendo fans were looking forward to, but unfortunately this system is flawed. When you try connecting online, you always get an error message. The only way to play online is to play against people you've shared your friend code with. In other words, this means you won't be able to play against random opponent. I've only managed to get one game going with a random opponent. This flaw leads me to the next con of the game, which is its graphics. With the PS3 and 360 out in the market, you would expect games to look good like Killzone 2 and Final Fantasy XIII. But this is not the case for the Wii. I feel that this was not a problem with the developers, but with the graphics chip the Wii has. This means that the graphics are the best the Wii can do, but if it was on another system, the graphics would have been much better.

Unlike Melee, in Brawl the music is always different on the same stage, not like in Melee were music was always the same, although some music from Melee is also included in Brawl for some of the music fans of melee. You can also adjust the music frequency on each stage, so if you have a favorite song you can play it over and over again, or let it always be different. The sounds during a battle, like punches and kicks, sound even better than in the past game, and also sound more realistic which is great when you are in 'the zone' during a battle. But unfortunately there is still no voice acting, which would make the game a lot better. Let's just hope in the future that the doors for Smash Bros will open and voice acting will become a reality.

In Smash Bros the only thing you should worry about is the unlockables. The game revolves around unlockables and finishing it. You also have to unlock 12 characters and one of them is the legendary Snake. There are over 600 trophies and over 400 stickers to unlock. There are also new game modes to unlock that will keep you busy even after you pass the game. Lastly, there are over 400 songs to unlock. It will even take the best Super Smash Bros player months to pass the game.

In the Smash Bros. trilogy Super Smash Bros. Brawl is truly the most advanced and complicated game in Smash Bros history. This game has good replay value, a slew of unlockables, and a great storyline. What more could you ask from a game? Will this truly be the brawl to end them all? Or will Nintendo come up with new ideas, characters, or stages, to make an all new Smash Bros and continue the trilogy of awesome games?
Review Page Hits: 0 today (270 total)
mediahook