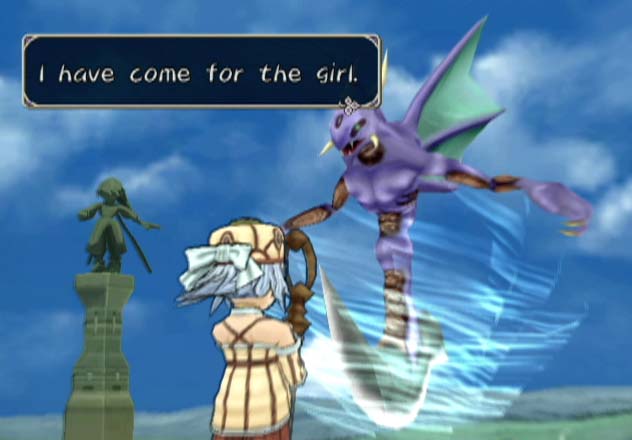 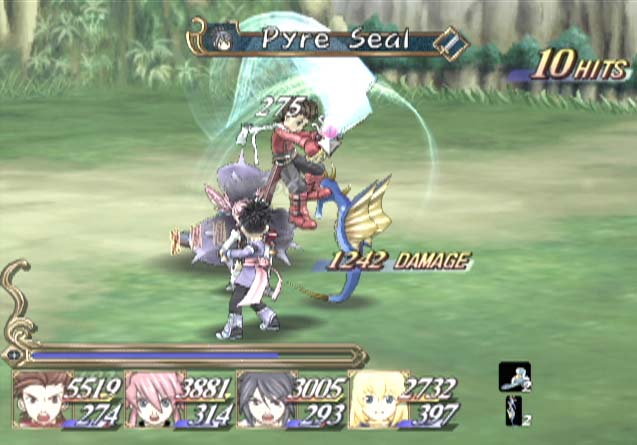 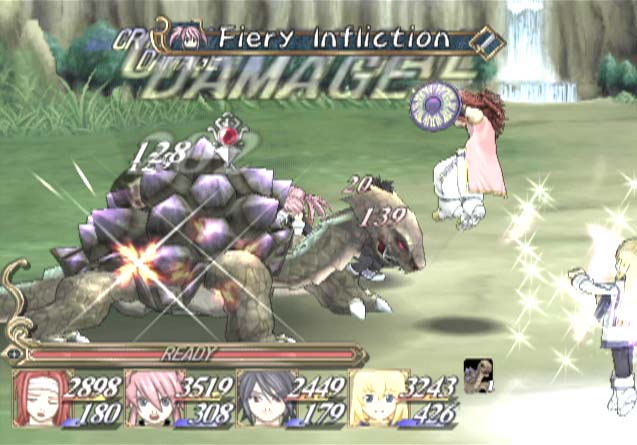 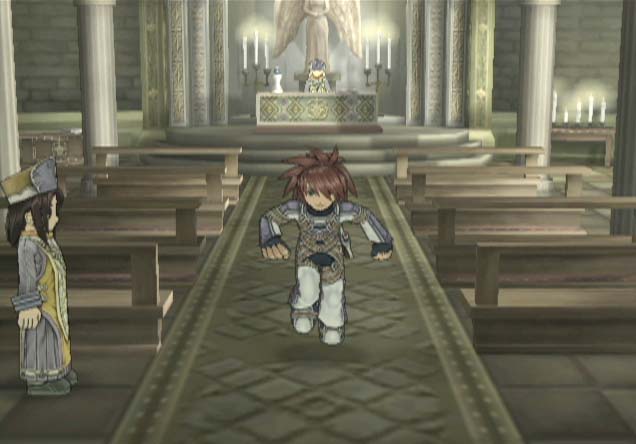 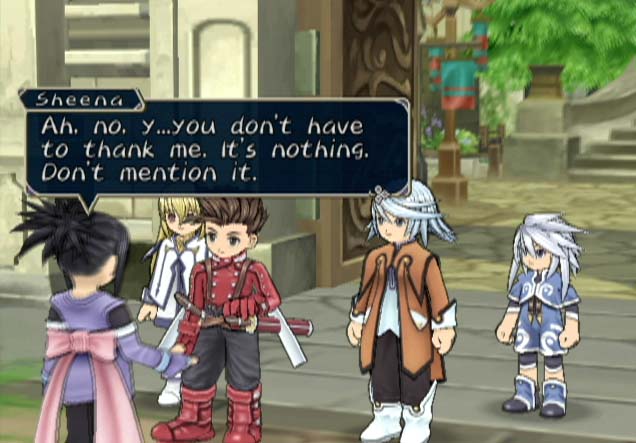 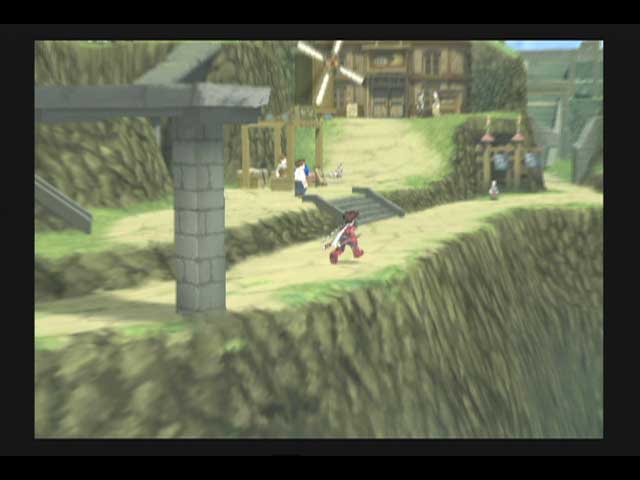 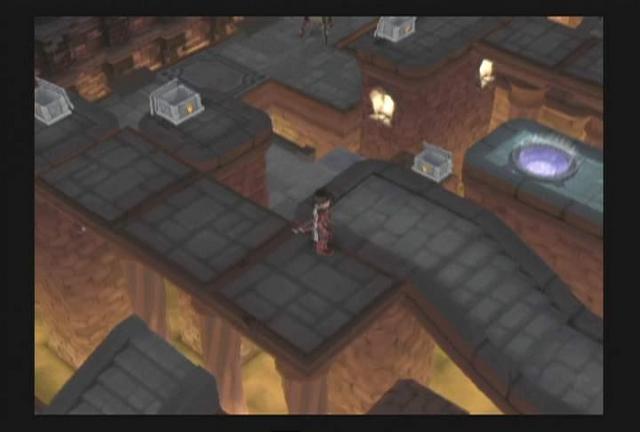 Out of any of the RPGs you could play in recent years (from 2000-2010), this is the game to get. Tales of Symphonia was originally released in 2003 for the Nintendo GameCube, on two mini-dvds. Made by Namco Bandai, if you've played any of the previous "Tales" games, this should be similar in terms of character designs, story dialog sequences, and the level of quality music.

The game's storyline follows the typical religious, political, and power struggle tones, but ToS is different by incorporating the storyline with a sense of mystery toward the female protagonist and her "angelic" background. There are many locations to explore--dungeons, caves, mountain paths, forests, camps, towns, and best of all, there is a fully-explorable world map! In the same vein as Final Fantasy VII (as an example). This is what I miss most about older-styled RPGs, and it seems with modern RPGs, they take away the world map in favor of point-and click locations where you move the cursor to the next location and you're automatically there.

The music in ToS is very good, even though the actual music quality is not orchestrated, but rather symphonic, almost midi-like in sound. Nonetheless, the music in this game is great and the battle themes (yes there is more than one battle theme) all fit the mood and atmosphere of the game at just the right moments! Out of all the "Tales" games I've played, and I've played most of them, ToS has the best music! It's both epic and emotionally charged, and has plenty of piano tracks that I like.

The controls are standard fare and are pretty easy to follow. You basically do combos that you can assign in the menus. Pretty self-explanatory.

The graphics in ToS are pretty good. I feel that in 2010 standards, the game still holds up. The characters are all in an anime-style (Trivia Fact: The same artist that did the anime sequences in ToS is the same guy who did Sakura Wars: So Long, My Love on the Wii and PS2) and look great. There are also anime sequences dispersed throughout the game that look/sound great. Load times are also very quick and don't deter from the experience of this great game!

ToS is a great game that any RPG fan should play through and experience. On the same note, people should also play its "sequel" on the Wii, "Dawn of the New World". DoTNW, while not as good, fleshes out the story more (after the events of the first game), and keeps the same graphical style, while adding small wii-remote specific touches to the game as well as minor graphical updates.

Again, if I could pick one game that came out the past 10 years that I really enjoyed, it would have to be Tales of Symphonia on the Nintendo Gamecube. Great game and you can't go wrong!
Review Page Hits: 0 today (470 total)
mediahook