Like all the Tales games before it, Vesperia is a traditional JRPG crossed with a fighting game. What it lacks in story it makes up for with action and fun gameplay! 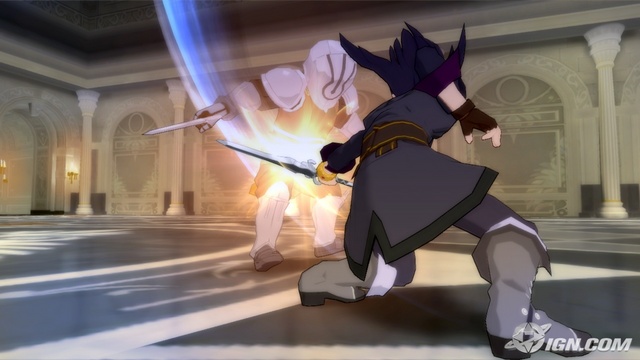 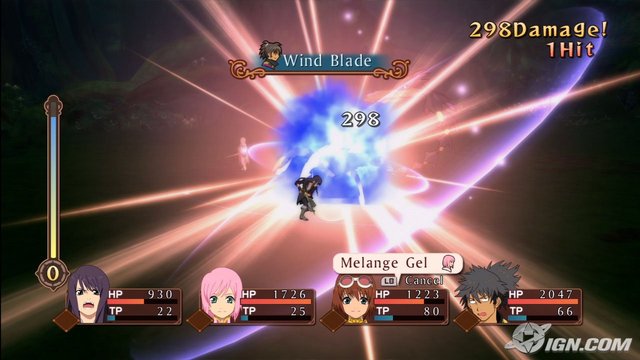 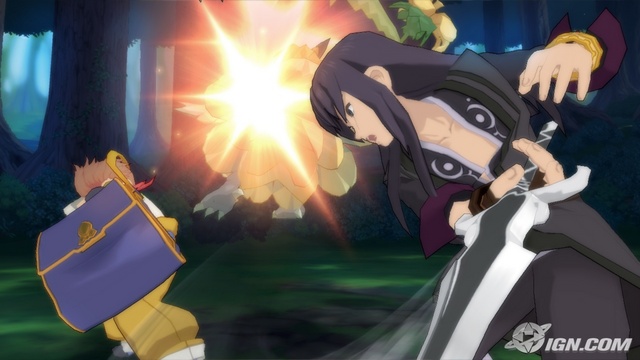 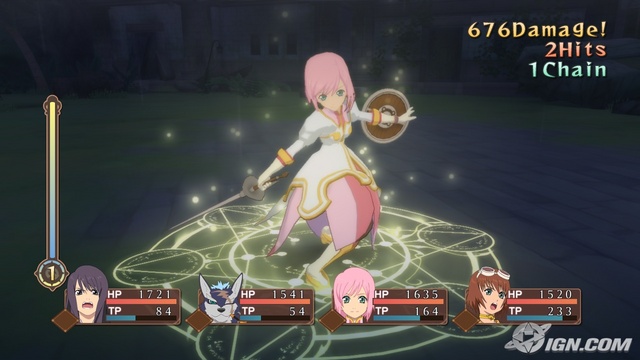 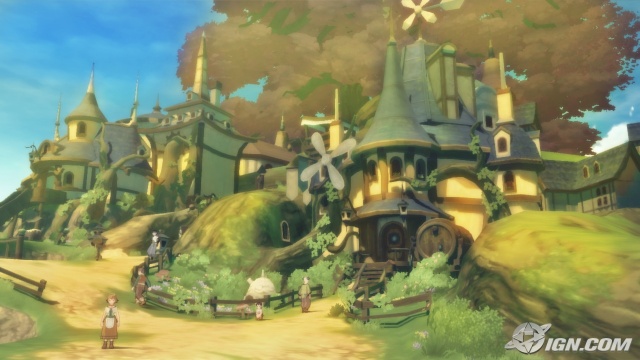 I first was introduced to the Tales series a few years ago with Tales of Symphonia on the Gamecube. I had never heard of the Tales games but saw a video of Symphonia while in Gamestop and I was intrigued. While I've liked one or two JRPGs in the past I've never been a big fan of the turn based combat, it has always just seemed odd to me. But when I saw the live-action fighting sequences I knew I had to give the game a try, and it turned out being one of my absolute favorite games with a decent story, good characters, excellent skill progression, and fantastic combat.

Enter Tales of Vesperia, same game concept with better graphics and a few new tricks, but does it do enough to stand on it's own in the massive franchise?

The answer is yes.

Let's start out with the technical basics, the game runs very well. Although I install most of the games I play to the hard drive I was running low on room and decided to play this one off of the disc. Despite playing off the disc there are absolutely no loading times during the game (when you first load a save it takes maybe 3-4 seconds). Then again, I don't imagine it being a terribly demanding game. The game has never frozen, had any frame rate drops, glitches, etc.

Graphically Vesperia looks great, probably the best cell-shaded graphics I've seen in a game. Environments are well modeled and colorful, textures are... well... cartooney (as they are intended to be), there's not any tearing or anything of the sort. Character animations are decent.

The audio for the game is good although nothing terribly noteworthy. You won't feel the need to crank your speakers to enjoy the music or sounds of battle. Characters voices aren't bad but they're nothing to rave about either. All of the dialog in the game also appears in text boxes.

The game controls pretty well. I'd have like a little more options for modifying the controller setup. I've heard you actually can change the buttons but now I'm so used to the standard controller setup that I think it'd be tough relearning.

The story is extremely reminiscent of Final Fantasy VII, I mean the similarities are blatant. There's a playable dog character with a scar across his face which cost him his eye, events similar to Meteor, items similar to materia (although they don't play a part in skills at all), the main protagonist is a somewhat cocky ex-military swordsman, there's even a guy who looks very much like Sephiroth. The actual story itself is pretty bland. A damsel in distress with a secret power, a rogue-ish yet noble protagonist, a bad guy who wants to destroy the world and the damsel holds the key to stopping it... it's the plot to roughly 75% of JRPGs. There's no amazing plot twists or turns that will leave a lasting impression, honestly I felt more like the story wasn't part of the big picture (if that's possible for a game of this sort).

Yet when going through the game, I forget about the story's "big picture" pretty quickly as Vesperia is a ton of fun to play. The non-combat sequences can be a bit tedious, but the combat itself is an absolute blast. Characters fight in real time on a linear plane but have the ability to move to any other part of the combat area, it is really more like a fighting game with slightly simplified mechanics. Attacks and magic all look great and there is a relatively deep combo system to the game which takes a long time to get used to. I've linked a YouTube video to give you an idea of how far you can take the comboing on a mastery level (I think my highest combo yet was a 74 hit with all 4 of my teammates attacking). On top of that there are other tricks to learn in combat. Hit an enemy with a certain type of attack enough and you'll trigger a "Fatal Strike" which, if timed correctly, kills any non-boss enemy in one hit. To bosses it still does a good amount of damage. And like every JRPG for quite a while there is an Overlimit that allows you to link moves together to make bigger combos as well as use Burst and Mystic artes (uber attacks). I think the combat on Symphonia was a little slicker with combined character attacks and such, but the presentation is better in Vesperia.

The game has a pseudo-co-op built in. If you have friends who want to join in it supports up to four people playing on one console, but only for combat. Typically you'll be playing by yourself and since you only control one character on the battlefield at a time it's up to the AI to control your teammates. Unfortunately the AI is pretty dumb. They'll get themselves cornered, they will cast spells that they know won't hurt the enemy, or cast buffers on characters that don't need them. Thankfully you can assign tasks for each teammate and they can stick to that task reasonably well, but they can be a source of frustration.

While the story itself is pretty long, it doesn't hold a candle to the sheer amount of sidequests there are. Everything from fighting enemies to clearing warehouses to collecting items and beyond, it is absolutely amazing. There is a major downside to this though, is that if you do not have a game guide or walkthrough you will most likely miss 50%+ of these sidequests. Many have to be started at an exact time in the game when honestly you have no reason to go to the area to start them. Everything from skills to items to extra quests can be missed out on if you don't do some things in precise order.

Thankfully the game does have a good amount of replay value. When you beat the game you unlock "EX New Game" which allows you to restart the entire quest but with a few options. Bonus experience, keep all your items or skills, make things more difficult for yourself, etc. You can also kick up the difficulty level a good bit for some extra challenge. I remember playing through Tales of Symphonia maybe 3-4 times and I enjoyed it every time. This game isn't as polished as Symphonia was so I don't' know if I'll make it through quite so many times, but it is fun.

Really my only other gripe is the sheer amount of anime humor. It really is funny at times but it can wear on you as well.

All in all, Tales of Vesperia is a very solid game, although comparing it to the only other Tales game I've played (Symphonia) the story isn't nearly as good, the characters aren't quite as likeable although they are more animated, and the combat has slightly less wow factor but more depth. While I give Vesperia a "B+" for an overall score based off of how complete I think the game is, I enjoy the game on more of an "A" level, it's a ton of fun to play. This game needs a subjective "fun" category to rate. If you're a fan of JRPGs but are tired of the slower turn-based combat definitely give Tales of Vesperia a look.
Review Page Hits: 1 today (536 total)
mediahook