Even the most hardcore fighting game fans can find enjoyment with this very accessible but extremely fun Wii exclusive mash-up brawler. 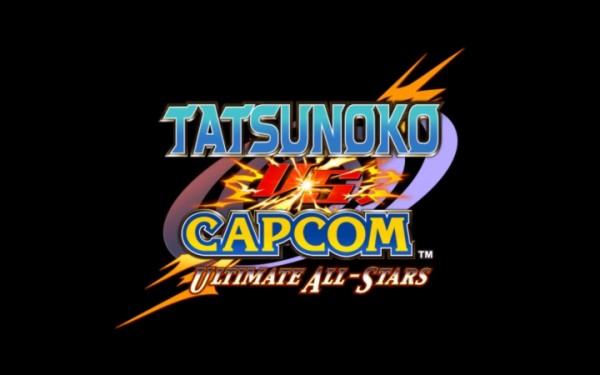 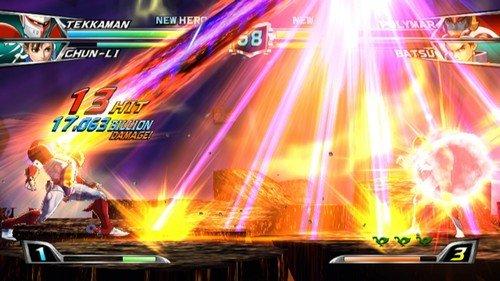 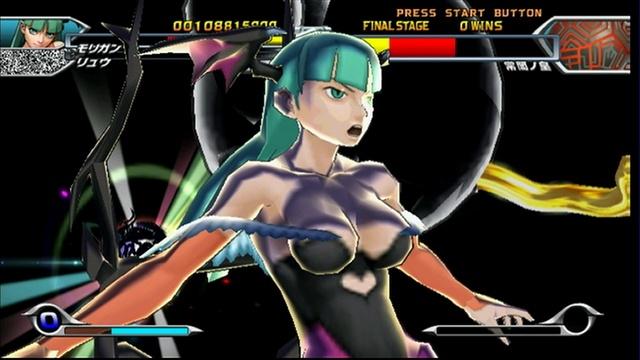 As a longtime fan of fighting games, I consider myself a hardcore player of the genre. So much so that I categorize gamers and their taste in fighting games in two separate factions: hardcore fighting game fans, and those who play Marvel vs. Capcom along with other crappy button mashers. You can probably already tell where my bias sways. And of course, there are those who probably enjoy both, but they probably suck at both equally. Now that you understand my elitist attitude on the subject, you can understand my apprehension in giving Tatsunoko vs. Capcom a fair, unbiased shot. Putting my pride and prejudice aside I handed over some of my hard earned cash, and what I got in return was an insanely charming, surprisingly deep, albeit accessible fighter that fighting fans of all backgrounds will enjoy even if they have no clue what Tatsunoko is. That's right, Tatsunoko vs. Capcom is the real deal folks and it is best described in one word. Fun!

First of all, let's get to an explanation of what Tatsunoko is. Known as Tatsunoko Production Company, it is one the most popular and successful animation studios in Japan and is responsible for such anime as Speed Racer, Gatchaman, and Samurai Pizza Cats. The company can be most closely compared to Marvel Comics here in the states. Now that you know this little piece of background information you'll immediately understand why you have no clue who the hell any of these characters are from the Tatsunoko front. You will, however, recognize the faces from Capcom's character offering and immediately feel a sense of comfort seeing Ryu, Chun-Li, and Morrigan amidst the unfamiliar faces in the roster. The character designs look great with a charming cell shaded touch that fits the 2.5D world and environments well. The backgrounds are busy and robust with color and animation. And the super moves, oh the super moves! They set the absolute standard for epilepsy warnings with some being just a pleasure to watch and others being very amusing. Watching Tekkaman perform some of his hyper combos is enough to send anyone into convulsions and I mean that in a good way! As easy on the eyes (or harmful) as this title is, those who also own a X-box 360 or PS3 may be left wondering how amazing this game might have looked on their more graphically superior consoles. The presentation is well done although there is no real story to speak of. The owners of the US version will enjoy special hand drawn endings for each character done by comic company Udon. The music varies from upbeat jazz/hip-hop hybrids to Japanese electronic styles pieces. While not having terrible music, none of the pieces are very memorable, except the opening theme song which I have caught myself singing from time to time.

A fighter's gameplay is where I separate the men from the boys. Fortunately, Tatsunoko vs. Capcom offers an accessible but surprisingly intricate fighting system that will keep hardcore players satisfied while catering to the more casual fighting game fighter. Each character has their own unique special moves and most are a joy to control. Tatsunoko vs. Capcom offers the typical Capcom mash-up fair with super combos, ultra combos, tag team combos, and over the top aerial combos. What are especially unique about this particular cross-over title are the Baroque and Mega Crush combos. Baroque combos add that hardcore strategy players like me thirst for, and try to master when playing. When executing a Baroque combo, the player gets a bonus to speed and dishes out more hits and damage. Mega Crush combos can be executed to interrupt an opponent's attack, but at the expense of losing life. Fans of BlazBlue's barrier burst mechanic will be immediately familiar with this. There are some unfortunate drawbacks to the gameplay. Most players will want use the classic control for this game. However, even the classic controller feels "dumbed down". For example, Tatsunoku vs. Capcom uses a partner button rather than the classic strong punch+strong kick method of switching characters. By pressing the B button your partner will enter and assist you, which comes in quite useful at times. However, to actually switch to your partner, you must press the back button and B button simultaneously. Since you have to wait a certain amount of time to have a partner assist after use, this causes frustration when your intention is to change characters and they come in and attack instead. Another negative is the fact that many of the kick and punch attacks share a button simultaneously as well. Both of these are very small negatives and don't impact the overall game play all that much.

Most of the characters are well balanced, however, some lack basic martial arts techniques and compensate with guns, or in Roll's case, a mop and bucket. Either way, the characters are quite charming, diverse, and have plenty of different unique attacks in their arsenals. Unfortunately, some characters suffer from ridiculously easy telegraphed ultra-combos. Morrigan for instance, is an offensive monster and a joy to use but her ultra-combos are easily avoided or blocked because of how long it takes her to execute them. She is not the only character who suffers this fate, which is a shame since a majority of character damage comes from super moves. It causes some of the matches to take longer than they should to finish. Especially when playing defensive characters. However, that could be considered part of the strategy of winning a match. Some characters are wonky or awkward to use, especially the extremely large characters like G. Lightan. Megaman Volnutt, as he is called in this game, seems to not be as fluid and effective as his Marvel vs. Capcom version.

The online mode is just as much as a surprise as the moderately deep fighting system. Taking a page from Street Fighter IV, players unlock icons as they win matches and gain battle points in Ranked matches. The game offers a regularly updated leader board as well. As you gain experience, the game will give icons indicating your player tendency with a fire icon specifying that you are an offensive minded player with ice indicating you to be defensive minded. What I found to be most interesting was the rivals list. After a match you can add players to a rival list to challenge them for another beat down. While playing I experienced very little lag with most of my matches being flawless. It is safe to assume that the online experience will vary from player to player depending on connection speed. With a deep online option and tons of unlockables, Tatsunoko vs. Capcom has the potential to keep you playing for weeks to months.

With its engaging gameplay mechanics, excellent delivery, and charming character roster, Tatsunoko vs. Capcom is the perfect alternative to Super Smash Brothers Brawl. It excels beyond Marvel vs. Capcom in gameplay and strategy. And most importantly, it caters to all fighting game fans in accessibility and depth. Marvel vs. Capcom is the first great fighting game of 2010. If you own a Wii and love fighters, give this one a shot because you are in for a real treat!