Future Perfect offers an enriching script with memorable characters as well as some of the best action to take place in the most creative locations. 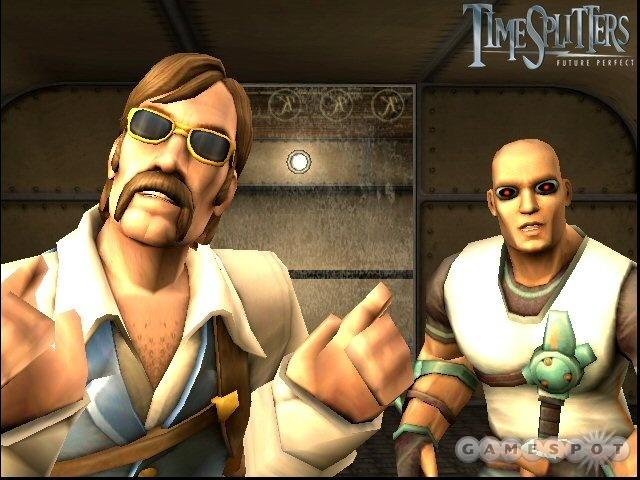 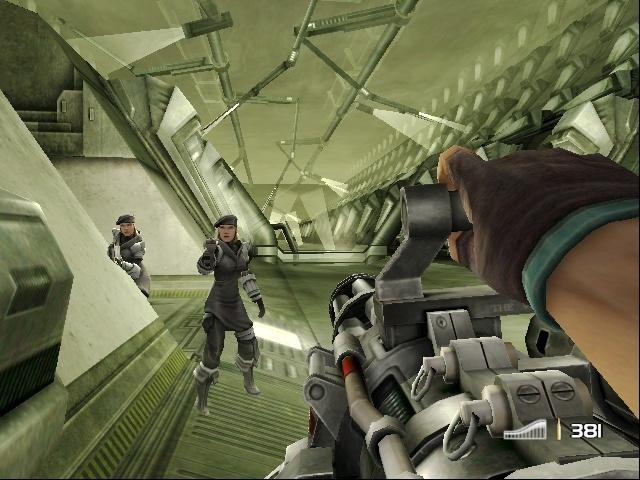 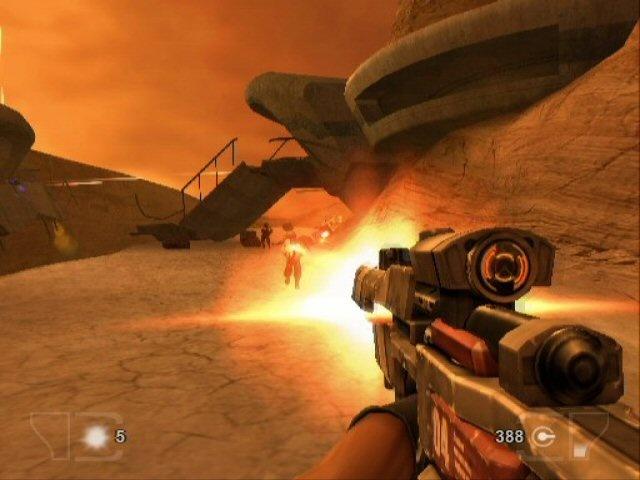 The Timesplitters series has always been an exciting branch of the shooting genre, taking players to locations and periods they would never dream of being in when holding a gun. While the first two installments in the series were headed up by Eidos, the reins have now been handed over to EA, which has done an excellent job continuing the series by giving shooter fans something to enjoy, and also letting new players feel like they have been playing for years.

Timesplitters: Future Perfect once again follows the heroic Cortez, who is back in action against the Timesplitters, a race of monsters capable of splitting through time (who would have thought), thus making them almost invulnerable to enemy fire. The story is fantastic in Future Perfect, and it is quite surprising how everything blends together so well. The game starts out with Cortez crash landing on a planet, and than having to defend his party from invading Timesplitters. He soon learns that he must travel through time and go to different destinations in order to find out who created the Timesplitters race, and what Cortez must do to stop them. Fortunately for him, his agency has equipped Cortez with a special device which helps him warp through time too.

This is where the action starts to blossom, as Cortez is taken to some of the most bizarre, exciting locations in any shooter. Some memorable levels have Cortez infiltrating a secret base with a hippie in the '70s, while another level has Cortez fighting alongside robots in a gigantic futuristic war, like Terminator 2. The different locales and objectives in each level change the flow of the game, and no level will have you doing the same thing twice. Part of the fun of traveling through time is the characters you will meet in each level. Every level gives you a side-character who will fight alongside you. All of them have their unique take on the situation and even help you fight the enemy.

Although Future Perfect is about finding out who started the Timesplitters chain, Cortez soon learns an evil scientist was secretly breeding the Timesplitters, him becoming a second enemy in the game. So with the inclusion of Timesplitters, you will also need to fight the scientist's evil henchmen, all of which have no purpose but to stand around and get shot. Later, Cortez will come across "wormholes", which are portals to another dimension. The basic rules of time travel state that the same person should not meet theirself. However, in Cortez's case, he can't seem to not want to. Future Cortez helps Past Cortez throughout the game, there being some incidents where things go so horribly wrong that Cortez ends up having four or five of himself fighting with him. It's very entertaining seeing how Cortez cannot simply "let things go" and how you ultimately get to view the perspective of both the past and future Cortez.

Besides the story, the action is probably the best aspect of Future Perfect. While most of FP's weapons are familiar, some are very unique. Cortez is always equipped with a device that lets him view his map and emit a sort of electromagnetic pulse at the enemies to locate them, which is useful in case you ever run out of ammo. Each weapon has an alternate fire and most weapons can be dual wielded. However, there never really is incentive to want to dual wield since most enemies go down in one or two shots.

While the game is great as whole, it isn't without faults. Future Perfect is quite short, only taking an average 7-8 hours to finish. Also, multiplayer is only limited to level making, and seeing as how most people are never online anyways, spending your time to create a map so others can play seems useless.

Future Perfect is a great addition to the TimeSplitters series and the shooter genre as a whole. It offers an enriching script with memorable characters as well as some of the best action to take place in the most creative locations. Highly recommended to anyone who is looking for a quick pick-me-up or an engaging shooter.
Review Page Hits: 0 today (45 total)
mediahook