It's still Vegas. It's still Rainbow Six, It's Still by Tom Clancy. Nothing much has changed, except the Specs to run it and the graphics, oh and my love for this game! 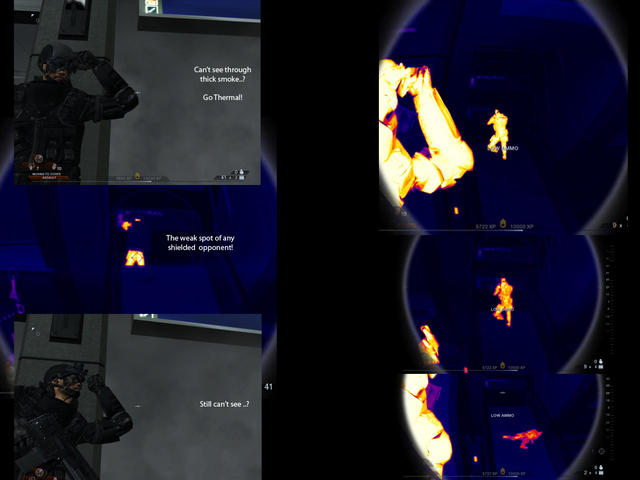 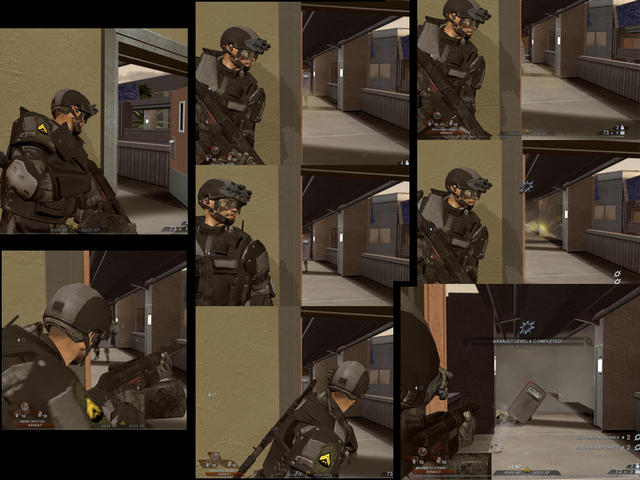 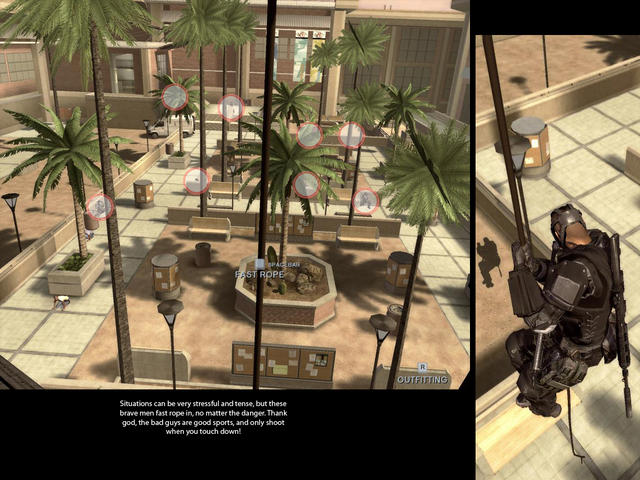 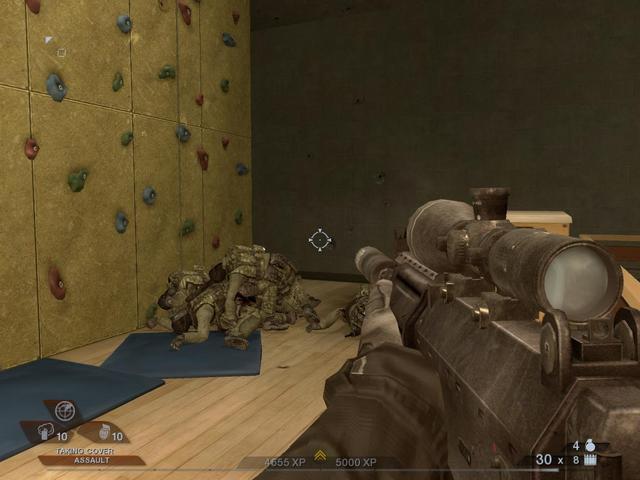 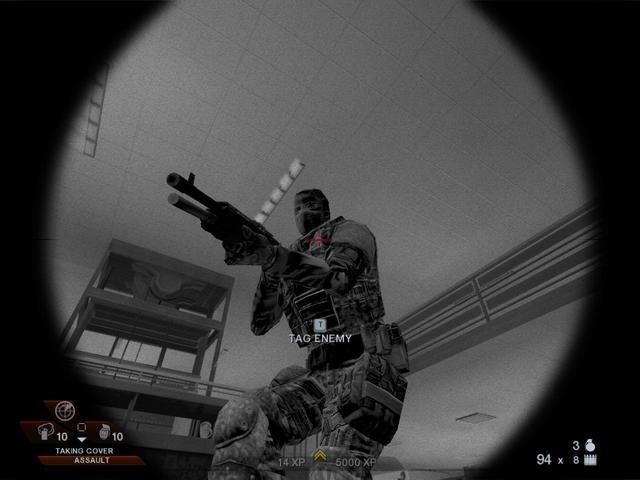 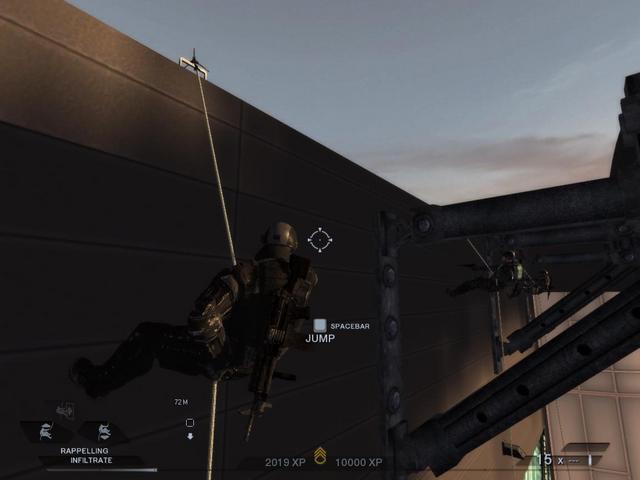 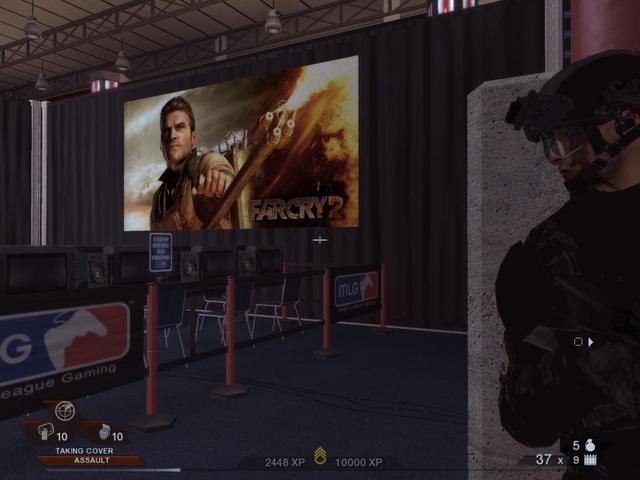 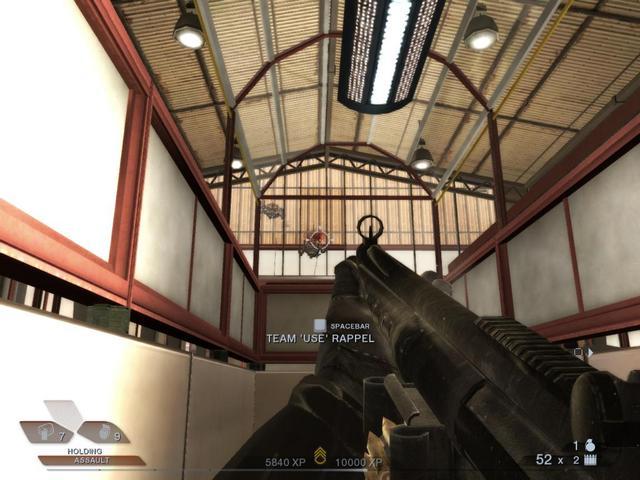 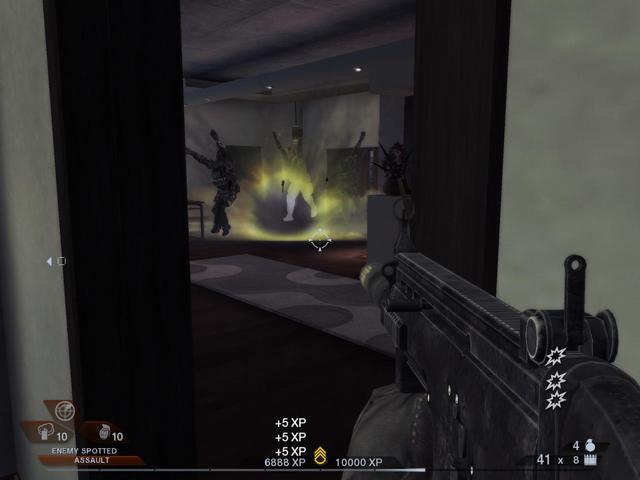 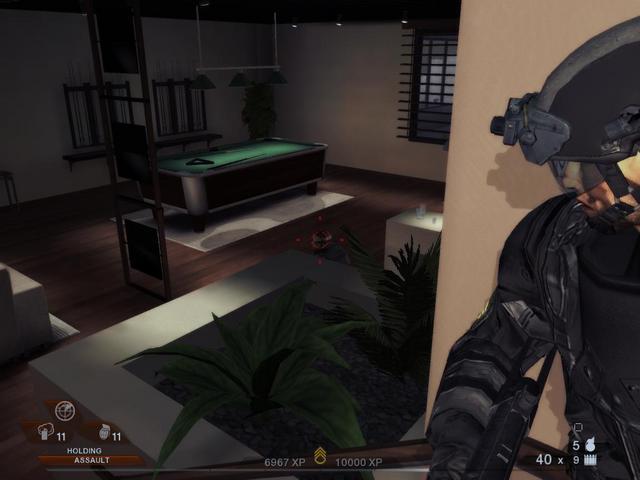 Being a man, I've realized we do two things that are highly annoying to women. While it's debatable if we do them because we know it's annoying. First, we always leave the toilet seat up. Secondly we always wear our clothes, even if they are outdated, or worn to the thread. This game is like those old clothes. We just don't want to let go of them as they are so comfortable, no matter how many holes, stains or rips. Those that have played the first Vegas will immediately remember the fond moments, and fit back in like a glove.

So what's new in Vegas? Erm errr ermmm!
The graphics!?!

Just like the original Sin City then, where nothing changes except things get more beautiful, and shinier! But just like Vegas, those things that are beautiful, will often cost a lot more (Take a look at the specifications at the end!). For those that didn't play the Rainbow Six- Vegas, a quick rundown. You play a squad leader, taking a two man team through various stages of evil guys; trying to hunt down various terrorists and bombs. Imagine every action film you've seen involving terrorists, and that you're playing the lead character.

First off I'd like to say this game is great, and the worst thing about saying that is that nothing has really changed from the first Vegas. Ubisoft have done nothing to change the gameplay, but by god it works.

The things that have changed are so minor; it's hardly worth calling it a different game, more a revamped expansion pack. These changes are the greeting screen, as you are now able to customize your playing character. Not technically new, as you where able to do that in the multiplayer in Vegas.

From a single player aspect, multiplayer maps shouldn't feel new, but they have done a great job. Instead of having to go online, you are allowed to play the maps with bots. This is great and will allow more endless fun! While the enemy AI suffers some criticisms, the actual map is often very hard to complete. The only good point of doing these is for training, as you earn the experience for the main game.

Also there is a new point system, and unlockables due to this, all your favorite weapons, now have to be earned. While this isn't a bad thing, the general number of weapons and types are still the same as the original. You get points for head shots; killing people with shields and other such activities. Though some of the point criteria, are sillier than others.

One example is the points for killing enemies using a rope. The reason why this is silly is due to the rubbish AI! Again, this was one of the major flaws with the first game. There will be a number of times when you see a soldier scaling down a wall, so you kill him. Next thing you see another, and another, and another. While it's more points for me, it just seems silly that Ubisoft couldn't program the AI to look first! After all the bad guys are dispatched; you see a big pile of bodies under the one rope line, even if there are multiple entry points into the room. This just makes you lose respect for the game.

However the enemy AI doesn't have a patch on your teammates, or "drag alongs" as I like to call them. Rarely will they cover themselves, and sometimes they will let enemies so close, that you end up dead! The programmers know this, as the enemy AI will more likely shoot at you, because once you fall, the game is over, than the easy shot that is your squad. While I don't disagree with their decision, as you are the game, some respect is lost here too. Oh and this time around your squad members can die, I am not sure if that was possible in the first game! But I've accidentally done this many a times, which is another reason not to have the grenade button so close to the map one!

However there is a slight improvement on the AI from the last Vegas. After playing it, and if you have played the first one, you will have noticed that the enemy is slightly better, but it seems that the friendly AI is worse. However they are given some special abilities, which you can command. Now you are able to direct smoke, ask for thermal scans and other abilities. However generally the first two are the only ones you'll use, as they are the most useful. So maybe it's not that the friendly AI is worse, it's just that you depend on them more than in the first Vegas.

OK so I'd like a little more planning stages in a level. Like the real life teams that do this. Who will spend days training and knowing the layout, then executing with such precision that makes the SAS embassy storm look unprofessional. But this is a game, and I have to give it that, however because of this sometimes you feel like there is no or very little tactics involved what so ever.

But those that have come back to this game will already know these issues. Even still they will know how best to work with their teams, and what to do. It's the first time players that I wonder about. As they read this and play the game, what will they make of it? I suppose the best advice is to stick with it, while there are many annoying aspects of this game, there are some really great and fond memories to be had here.

Some other annoying points to discover, is the zoom function is suited for a 3 buttoned mouse, which I have assigned to my f key. Still the same old "reach the" checkpoint game. Complex keyboard arrangement, but will come in time. Still, none of these in the whole grand scale of things is a major point.

But why do I love this game so? Well after being nagged about leaving the toilet seat up, or the "State" of my clothes. This is a great game for relieving stress, those fantastic little moments where you build a small plan in your head and execute it. Taking out a room filled with bad guys. Having your team mates, burst through the other door, deploying several rounds of smoke. You, from the other doorway, popping in a few grenades, going to thermal vision as you storm the room and take out the rest of the bad guys.

Just enough time for her to cool down, you to apologize, perhaps some flowers and chocolates, and finally have make-up sex. Fantastic, and how every day should end!

And though the AI is not hard to fight, for those that want a bit more of a challenge, try the realistic setting. You do get a high sense of achievement as you work your way through the levels. And finally when you reach the end, know that the world is safe once again... that is until Vegas 3!

In the words of Joey, from Friends "It's Vegas baby, Vegas!"
James

* ATI HD 2400 models / NVIDIA GeForce 7300 models are supported, but take note the performance of those cards might not give a good gaming experience.
* Graphics Cards Not Supported: All AGP Cards
Review Page Hits: 0 today (52 total)
mediahook