Rainbow Six: Vegas is a groundbreaking entry in the series as well as a foundation for what online shooters should be in the future. 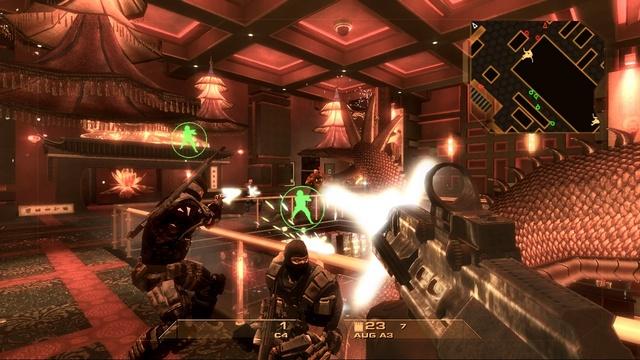 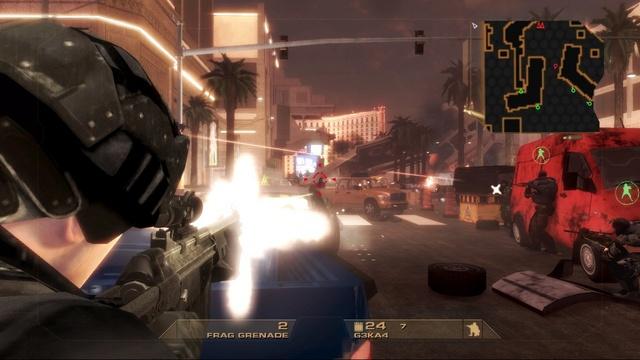 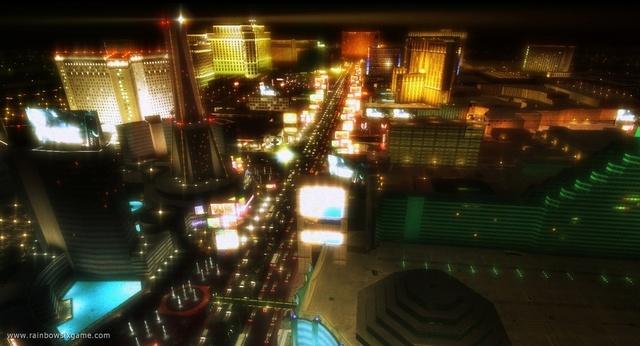 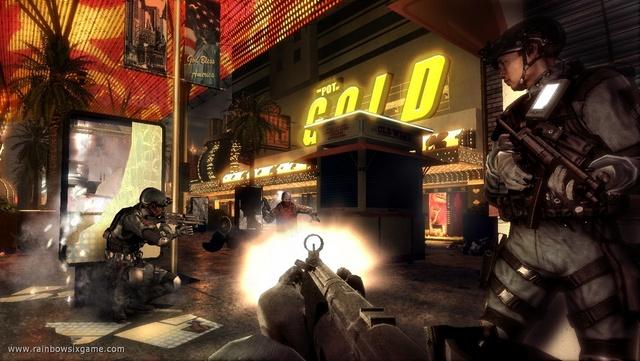 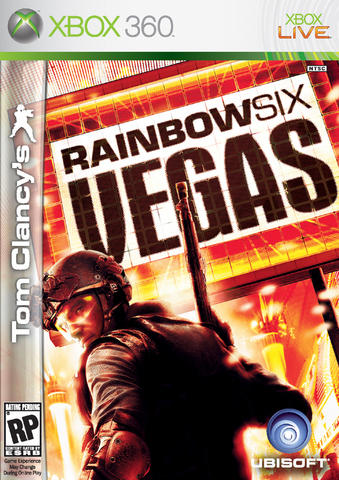 The last Rainbow Six game released broke away from the norms of the series, and many fans soon questioned the direction the series was heading in. While Lockdown brought new ideas in the form of customizable characters and new online options, the game ultimately failed to deliver on all grounds, most importantly in the multiplayer aspect. Thankfully, Ubisoft took all of their fans' comments to heart and made Rainbow Six: Vegas one of the most satisfying, if not the best multiplayer game on the Xbox 360.

Using the Ghost Recon: Advanced Warfighter engine, Vegas looks and feels like its shooter counterpart. The gameplay is similar to Ghost Recon as well, in that taking defensive actions against gunfire is crucial to survival. Players can hide behind solid objects and peak around corners, without exposing themselves, to get a clear view of the enemy. But Vegas is much more action-oriented than other Tom Clancy titles, as it gives you more control over your allies' movements as well as your own personal progress. You can tell your squad to go to any destination with a simple button press, and your squad will do a good job of staying alive as they make their way to their destination. However, even though they can shoot at enemies and hide, your squad will die a lot through the course of the game, and trying to revive them is usually more trouble than its worth.

What makes Rainbow Six Vegas so realistic is the intelligent enemy AI that shows no remorse for fallen soldiers. Enemies will run for cover and flank you, even double-team you if you venture off by yourself. The same things can't be said about your squadmates however, as they always get lit up when they wander into groups of heavily armed gunmen. The intelligence of the enemy's movements, added together with your squad's stupidity, always makes for intense moments of gun fighting, whether it's intentional or not.

To help relieve the your squad's clumsiness, you now have access to brand-new gadgets and gizmos that make surviving the missions that much easier. Taking a page from the stellar Splinter Cell series, the Rainbow Six soldiers can now use snake cams under doors to scope out their surroundings before charging into the room. For added strategic incentive, you can even tag enemies in the room so your squad mates will shoot those designated targets before any others. This is especially useful in close-range fighting or hostage situations. Of course, simple breach-and-charge tactics are still around, as well as being able to tell your squadmates to hold their fire and only shoot when they are shot at first.

Another first in the Rainbow Six series is the use of fast ropes and the ability to pull off acrobatic maneuvers. Your squad can now escape from danger faster, or attack in a much more orderly fashion than before, by breaking out their ropes. Using fast ropes and rappels, you and your squad can now climb up the sides of buildings and even hang upside down and shoot through windows. Also, simple maneuvers such as being able to slide down ladders help change the pace of the action, making it both tactical and action-oriented.

But all of these shooting tactics are naught without beautiful and inspiring locations to test them out in. Thankfully, Rainbow Six: Vegas does just that, delivering an impressive looking Las Vegas and surrounding area. While the saying goes "What happens in Vegas, stays in Vegas," that does not quite hold true for this game, which only has about 75 percent of the game taking place in Sin City. The rest of the game will have you exploring a war-torn Mexico (similar to Advanced Warfighter), as well as the Nevada Dam. All of these locations are depicted chillingly accurately, with a few name changes, with no significant difference between the quality of the graphics in single-player and online.

The multiplayer in Rainbow Six: Vegas is definitely the highlight of the game, outshining the single player in both presentation and excitement. The Rainbow Six games have always been one of the top multiplayer series in gaming, utilizing numerous online features with nearly thousands of players. As a matter of fact, all of the Rainbow Six games on the Xbox have accumulated more online playtime than any other series on Xbox Live. Rainbow Six: Vegas is no exception as a massive following was present just a few days after the game's release and is currently in the top three on Xbox Live, only being outplayed by Gears of War and Halo 2. Considering the popularity of those other two shooters that's an impressive feat. What makes Vegas different from those other top-tier titles are the numerous options available to customize both your game and characters, as well as some of the best multiplayer levels in any online game.

Although the numerous Vegas-themed levels add a sense of excitement to the online experience, what makes the multiplayer so much fun are the different game modes you can participate in. Playing in these different modes nets you experience points, which can be used to upgrade your character. Win or lose, you will earn experience points after every round to further your character's rank. By achievement different ranks, you can then unlock new weapons, gadgets and even clothing accessories. With over thirty different clothing styles and fifty weapons to choose from, no two characters will ever look alike. To help create a sense of individuality online, Rainbow Six: Vegas also allows players to hook up their Xbox Live Vision Cam and take a picture of themselves to put on their character. Surprisingly enough, the game does an incredible job of accurately depicting players' facial features and creating a reasonably balanced clone of yourself.

Once you finally get everything organized, you can than choose from the different types of game modes that are available. The classic Rainbow Six modes are still around, such as Survival (last person alive wins, no respawns) and Sharpshooter (infinite respawns, person with most kills wins), while some new modes have been added into the mix like Attack and Defend (a new take on King of the Hill) and online co-op. Each room can hold a maximum of 16 players, and that coupled with the nearly 5,000 different customizable options allow for endless possibilities of what can be offered to players.

Rainbow Six: Vegas is a groundbreaking entry in the series and a foundation for what online shooters should be in the future. Not only does it deliver some of the most thrilling, realistic gunfights found in any shooter, but its impressive visuals and online multiplayer make it a must-own title for the Xbox 360.
Review Page Hits: 0 today (393 total)
mediahook