A nice revival of a long-neglected genre...too bad it's so short... 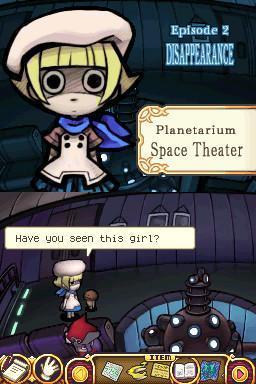 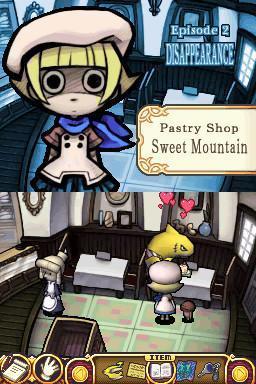 Ah, the adventure game. So many fine examples, each with their own quirks. Too bad there have been very few gems in this little niche in the gaming world. Touch Detective may not be a diamond in the rough, but it's an enjoyable experience for veteran adventurers and casual gamers alike.

When I first picked up this title, I was excited. It's not often one finds a true adventure game in this style. And to top it off, it was an Atlus publication, and they happen to be one of my personal favorite publishers. However, at this point, I was still unsure what to expect. Graphically, the game pleases, with even the most minor details being clearly visible - something not easily achieved on a portable system. The character models are quite cartoony, but that's not necessarily a bad thing. In terms of music, Touch Detective is one of the best - all the songs are very pleasing to the ear. I'm notorious for turning the volume down whenever I play a game, and playing my own music in the background, but I never once had that urge while I was playing the game. The effects don't annoy either, which is refreshing, to say the least.

With the gameplay, Touch Detective is easy to pick up and play, with a very forgiving learning curve (unless you're completely new to graphic adventures), and controls consisting of nothing more than using the touch screen (buttons are usable, but not necessary: indeed, it's a hindrance to use the buttons). The game is just too short. Not counting the bonus missions, which are easy to figure out and take about a minute or two to complete, there are only four levels in the game, each of which should take an hour or less to complete. The puzzles aren't difficult to figure out, but then the game shouldn't be faulted for that since it seems to be targeted at a pretty young audience. I must say though, the game's plot is entertaining. Normally when I encounter a game this easy I lose interest, because I need a challenge to keep me interested. However, Touch Detective's story had me hooked...I wanted to see what happened next. More than once I found myself laughing at the on-screen antics.

Overall, I would recommend this title to the younger set - those 15 or younger - who have little or no experience with adventure games. Touch Detective is a nice stepping stone to larger titles such as the King's Quest series or classic console games such as Shadowgate. However, the lack of replay value and the short, easy quest make it hard to recommend to anyone other than hardcore fans of the genre.

Is it worth paying full price to play? Probably not.
Review Page Hits: 1 today (176 total)
mediahook