Buy it at Amazon

A movie classic returns in the form of a FPS sequel. 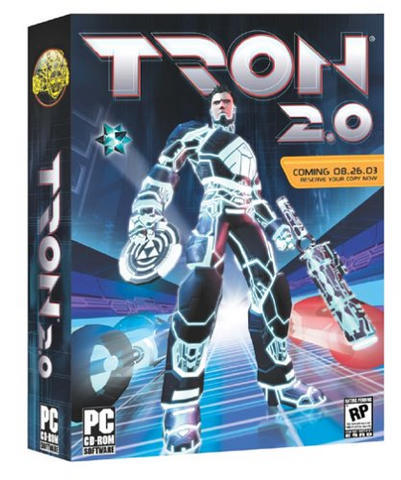 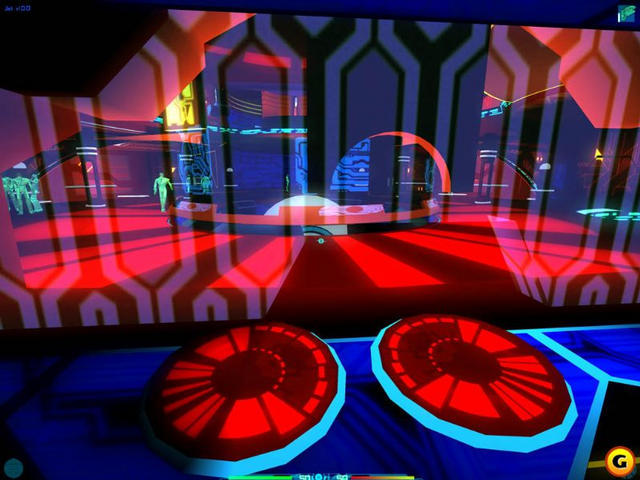 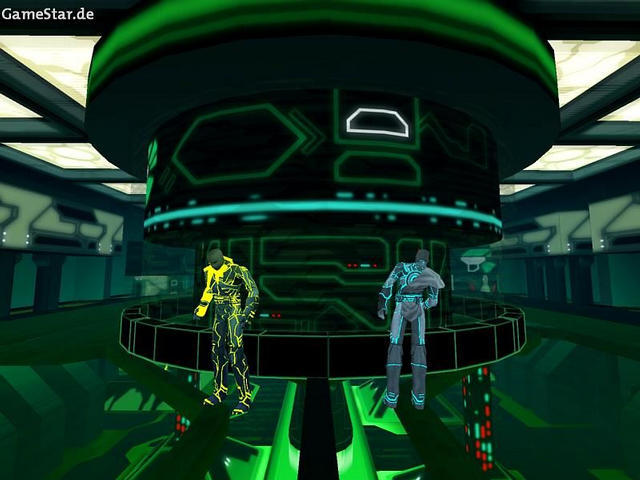 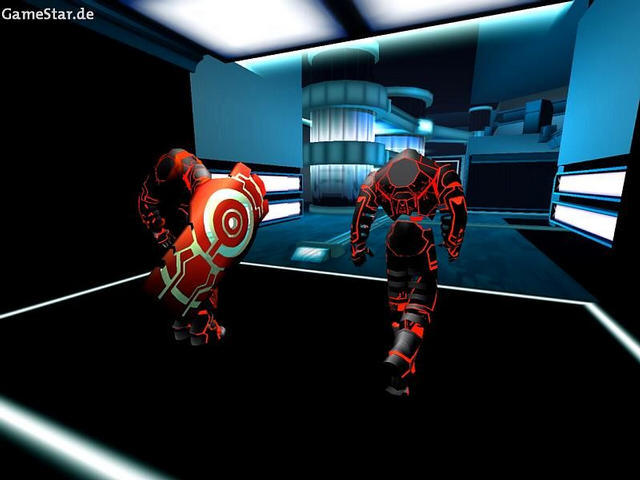 Tron 2.0 is a plot-driven FPS sequel to the 1982 Disney film Tron. It was developed by Monolith, who gave us the No One Lives Forever games.

Plot: Tron 2.0 picks up 20 years or so after the end of the film. Alan Bradley (voiced by original actor Bruce Boxleitner) has spent the last 20 years trying to recreate the circumstances that put Flynn inside the computer in the film. Unfortunately, he hasn't been paying enough attention to either his business or his son, Jet.

Bradley's business is now under the control of people who would like to use the digitization process for their own ends. Now you, playing Jet, must enter the computer world to fight off their plans of global domination.

Along the way, you'll see many of the familiar sights and sounds of the Tron world, as well as some new faces and locales. In addition to the familiar red goon guards from the film, there's a new threat to the computer world in the form of virus-ridden programs that will try to infect you and the guard programs.

Game Play: Tron 2.0 is mostly a first-person shooter (FPS). You wander around a 3D world, using mouse and the usual WASD keyboard combos.

Your main weapon however, will be the famed Tron disc. This gives a different feel than most gun-based shooters. The disc can be thrown, used as a shield, or used as a melee weapon. If thrown, the disc bounces off walls and other objects before returning, or it can be commanded to return in mid-flight if you've totally missed and it will never hit anything.

The use of the disc tends to give a much different feel to the game play. It's similar to the way that the Jedi Knight games were changed when you got to use the lightsaber.

The FPS game also introduces a unique method for handling upgrades. During the game, your character collects programs which are "stored" on the disc. Unfortunately, you have limited "RAM" to run these programs, so you need to continually reconfigure which "programs" are running. This resource management is a nice way to make you pick and choose which power-ups and weapons you have at your disposal at any given time.

The light cycle game can also be played in a single or multiplayer combat mode, for its own sake. I found this mode to be repetitive after a while though. Also, the computer players are simply too good, and the controls and camera angles make it too difficult to accurately drive the cycle. The little people inside the computer might have reflexes firing at the speed of light, but most people don't. This tends to make the light cycles levels neat to see, but frustrating to play.

The FPS game also can be played multiplayer. However, the few times I tried to do this, I could find not one other person playing the game on-line. It would seem that people stuck with BF1942, Quake, or CounterStrike for their on-line needs.

Graphics: Graphically, Monolith has done a great job in recreating the look of the film. All of the technology and characters closely resemble what was shown in 1982. This might make it sound more simplistic than it is though. Basically, everything is painted with glowing neon effects, but there are more subtle details placed on surfaces to make the computer world feel more complete, and less like a vector graphics maze.

Sound: Every object, weapon, and footstep has a distinct sound in Tron 2.0. While some of these (notably the disc weapon and the light cycles) are taken more or less intact from the movie, the overall effect pulls you into the idea of being inside a computer. It probably does more to further the idea than the graphics do, in fact.

Replayability: I didn't see any reason to replay this. The game is very plot-driven in single player mode. As stated above, there was very little multiplayer activity, and the solo light cycle game got boring.

Conclusion: I enjoyed playing Tron 2.0. As of several months after the game's release, the price has dropped quite a bit, making it well worth the money for the amount of game play and fun to be had. (Of course, you could always trade for it.

) The problems with the light cycles are limited enough to be overlooked, leaving a good solid FPS to be had.
Review Page Hits: 0 today (762 total)
mediahook