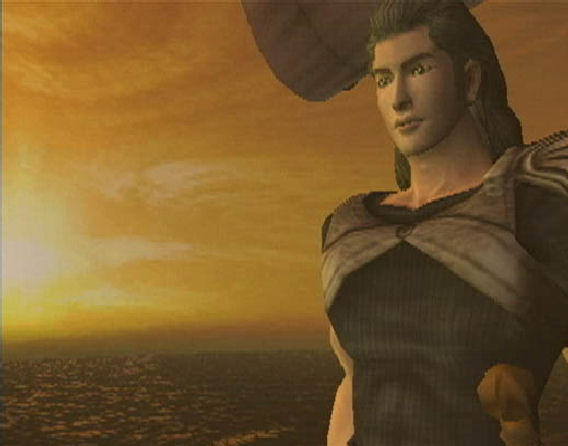 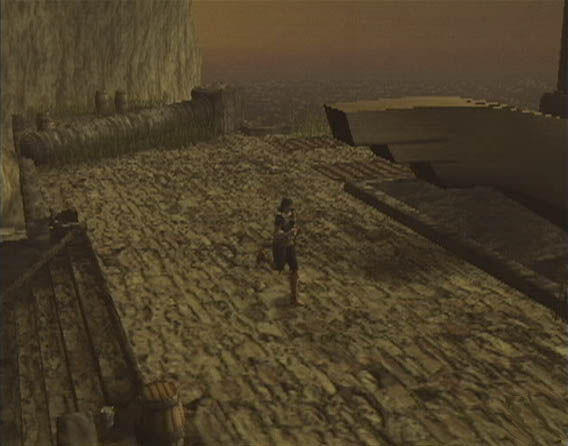 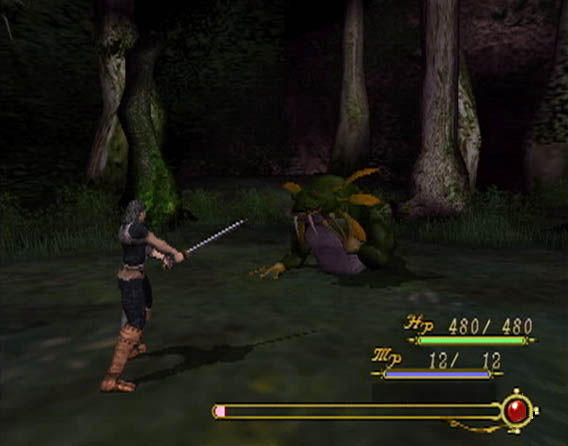 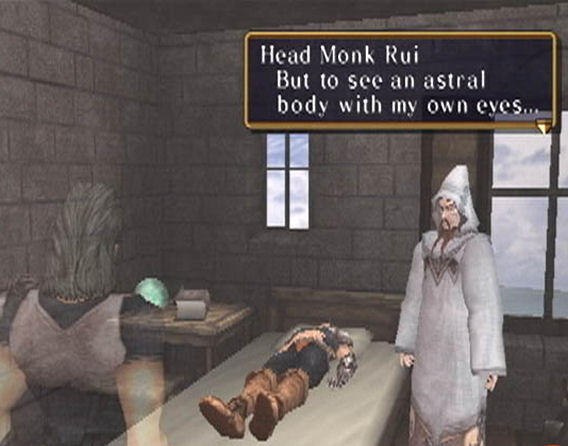 The Japanese sounding name of this game and the description on its box (disembodied spirit possesses people to atone for his sins) made me think the game would have an odd Asian-mysticism theme. On the contrary, there is very little that is Asian or mystical about this game; it's actually a very traditional 'knights, castles and villages' RPG. All dialogue is written in English text and the game has no voice acting.

SETTING:
The entire game takes place in one small village and its surrounding areas. Most areas are simple and linear but often require some puzzle solving to progress.

STORY:
The main plot involves a mysterious swordsman whose soul is cast out of its body as punishment for stealing a sacred artifact. He is then sentenced to atone for his crime by helping bring happiness to humankind and ends up getting caught in the repercussions that his theft brought about. Actually, the main story plays little part in the game overall. Most of the time you will be fulfilling little mini-quests to help the villagers with some aspect of their lives. These little plots are charming but, like the main plot, they occasionally suffer from poor translations that will leave you wandering 'what was that about' unless you read between the lines.

GAMEPLAY:
You will control several different characters during the course of the game but only one at a time. Play involves combat, searching, and mild puzzle solving.

Combat is turn-based and tends to be easy and slow paced. Enemies are visible on the screen and combat can be avoided by evading them. There will only be one person in your party at a time but up to two additional creatures may be summoned who will stay with you until they are unsummoned or your MP runs out. There is very little strategy involved since most available attacks (physical, magical or offensive item) do near identical damage. Pushing a 'defend button' at the appropriate time can reduce damage or perform a counter attack which adds a little extra dimension to combat. In notable contrast to the rest of the game, the final boss in extremely hard. So hard that I would suspect many people would consider it unbeatable; that may frustrate some people.

You will spend a good portion of the game controlling non-combat characters and simply wandering around talking to people while trying to find the solution to the current problem. You are seldom told where to go next so you will have to canvas town talking to villagers who will give you clues. The villagers have decent personalities and it can be somewhat charming but this portion of play involves very little action.

The puzzles are usually simple and involve things such as puling three switches in the proper sequence, but they provide a pleasant diversion.

MUSIC and SOUNDS:
The music is decently entertaining and is arranged to support the plot well. Battle sound effects are decent, but nothing stands out memorably.

GRAPHICS:
Tsuguanai's graphics are average for the PS2 console. They are usually colored blandly and don't attempt to look real but instead go for an anime surrealism. Monsters are well made but dungeons are usually simple and dull looking. Faces are rendered well but lack expression. Character movements are notably mechanical and seldom do foot movements match travel speed.

REPLAY.
After you beat the game the first time, there is no change in gameplay or bonus content that would tempt a second playthrough. There are a handful of optional quests which you might have missed the first time through, but I suspect their rewards are not significant enough to urge most players into a second pass.

SUMMARY:
This game is not for everyone. People who liked Super Nintendo era RPGs will likely enjoy Tsugunai, but people looking for a detailed intricate RPG will probably be disappointed. Its main charm does not come from the combat or RPG aspects, but from its unique interactions with villagers.
Review Page Hits: 0 today (319 total)
mediahook