Turok: Evolution may not be the redeeming game for this series, but it is still a very enjoyable shooter with a lot to offer if you give it a chance. 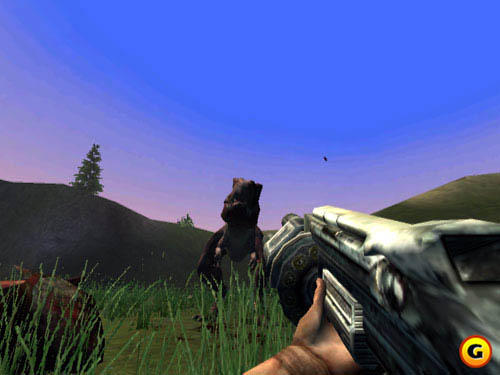 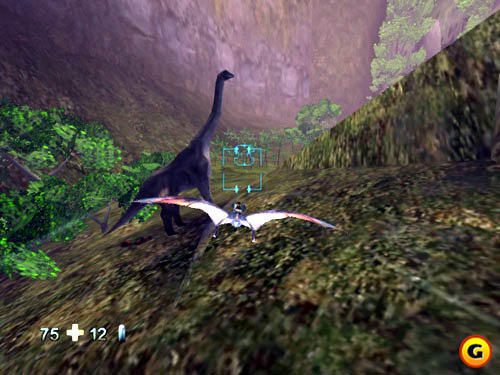 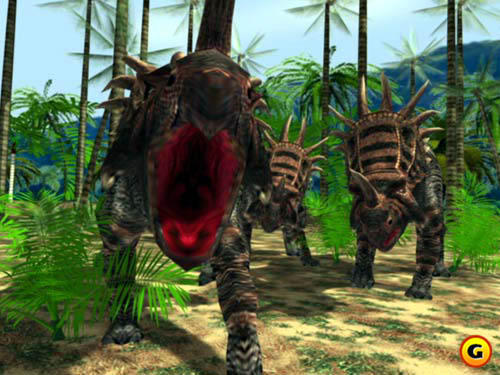 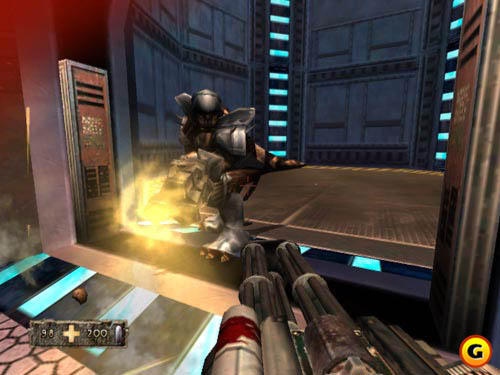 I've been a fan of the Turok series ever since I played the original back on N64 in 1997. With each installment of a new Turok game there seemed to be something missing from that special feel of the original game. Now that I've played through Evolution it seems that my trust in a quality Turok title has returned and many of the original aspects of the first title are present in this one.

Graphics: All-in-all I wasn't too impressed with the graphics of Turok (though I do like polygonal textured graphics), since they look to much like "beefed up" N64 or Dreamcast graphics. But, I suppose the graphics do the job without too many graphical glitches (besides getting caught up on ladders and between background objects and a shadowing effect that didn't belong for enemies above and below you) and the nice blood and gore is still intact in it's splendor with exploding heads and sliceable arms and legs

Note: the water effects are terrible compared to the N64 games, which I think is a travesty

Sound: I thought the sound for the game was great. Some wonderful orchestration stuff for intense parts and the usual war drum beating background music. I had the game running through my stereo system and the Dolby Pro Logic 2 sound for the game comes through clearly and with great stereo effects. No complaints on the sounds here.

Gameplay: The gameplay for Turok is refreshingly easy to learn and very similar the the N64 games of the past. Solid frame rate makes for an enjoyable game with little slowdown and no nauseating effects

I especially enjoyed the Panzer Dragoonish flying levels which added some much needed breaks in the FPS action.

The weapons as usual were of the "massively huge" Turok style, but I was disappointed that there weren't enough uses for some of the larger weapons (such as the nuke weapon) and I still don't understand why you don't get you use every weapon on any level. This game is definitely a "sniping game" as I used my Tek bow most of the time and just killed everyone from far away with head shots, though later on you'll be using close ranged weapons in close quarters.

Controls: The controls for the GameCube fit perfectly with this game, every button gets used on the controller and you'll fund yourself using them all frequently. There were some problems climbing ladders, but that was basically the only control issue I had with the game.

Fun Factor: I had a great time playing Turok and couldn't put the controller down at times. It took me about 15 hours to beat the game over the course of 3 days or so. The multiplayer mode, though I didn't really play much of it, seems to be pretty run of the mill as with past Turok multiplayer options, and really not worth playing if you have other FPS games for multiplayer, but I suppose it could be fun if you like Turok games. I also would have liked to have seen a difficulty option for more replayability, but I suppose the game is pretty balanced between hard and easy levels and offers enough of a challenge to want to play it again.

Overall: I really enjoyed playing through Turok: Evolution. It had sat on my shelf for a few months before I decided to pick it up and play through it. The story is pretty crappy and non-existent, and the first few levels are pretty boring, but they are not typical of the game as a whole. Some of the later levels have WONDERFUL level designs and the enemies (a bit repetitive, though not so much as Halo

) do the job, though not as well as past Turok games. The enemy (and ally) AI is a toss up, sometimes good (hiding behind walls and rolling out of the way, sounding off the alarms), sometimes bad (enemies running in circles or standing there letting you kill them, not knowing that the guy standing in front of them just got his head sniped off

), overall I'd say it needed much more work. Turok could have used a few more months of polish to improve some of the unbalanced sections of the game and to decrease some of the horrible load times.

Buy it if you like Turok games in general, you won't be disappointed. If you're expecting the next Halo then look elsewhere, but this game isn't as bad as people seem to think it is.
Review Page Hits: 0 today (280 total)
mediahook