Go behind the scenes with Metallica, Bob Rock, Cliff Burnstein and some of music's most respected critics as they revisit the making of one of the greatest albums ever made. 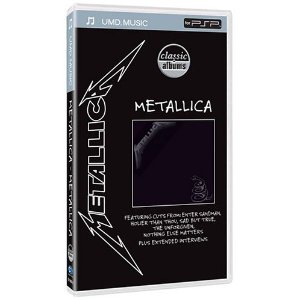 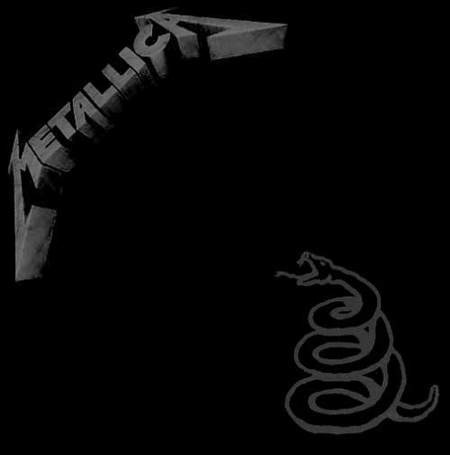 Metallica's fifth album, Metallica (also called the Black Album) has sold over 15,490,000 copies in the United States, that is the largest amount of any artist since May 25, 1991. The album has produced many singles and because the album had so much success after all these years the producers of the Classic Album series has chosen this album as their next "making of' documentary.

The disc starts off with the band talking about how they started creating the demos to their songs and what inspired them to make them. Once they had them on tape they go into how they had Bob Rock produce their next album and from there they begin the whole process of making the record.

With a band this big it's hard to get all of them to stay on the same page and Bob Rock talks about how difficult it was to get them to work together and make music that could be played on the radio. Before this album came out Metallica wasn't getting much air play and Bob Rock explains what new techniques he had to bring to the table to create the sound he wanted. The band, however, had a hard time accepting Bob because of his criticism and techniques but in the end it all worked out for the best.

The disc includes the making of the following songs: Enter Sandman, Holier Than Thou, The Unforgiven, Wherever I May Roam and Nothing Else Matters. With each song the band and Bob Rock each have their own sessions on the songs and describe what they went through to produce the sounds that made the track possible, for example Kirk talks about his guitar solos and James talks about blowing out his voice in a song. Every member has an interesting story to tell about each song.

In between there are also interviews from critics from magazines and even their own manager about the songs. They offer their insights and thoughts about what they liked about a certain song and the relevance it had in the music business.

The cool thing about this documentary is that you get to hear early demos of some of the songs before they made the final cut. Bob and Randy, the engineer who helped create the album, will also play some songs and edit out the vocals, drum tracks or guitar riffs so you can only hear one member playing during a song while they talk about the editing or whatever, it's actually really neat to hear that good stuff.

The disc also offers bonus interviews from each member and Bob Rock, each offers insights to a certain song or how a certain track caused them to change their view on how it should be done. For example Bob talks about how he made the decision to produce the album and Jason remembers how he came up with the bass riff to one of his songs.

Altogether there are seven bonus interviews and six songs that are viewed in this disc in over 90 minutes of playtime. The only bad thing about this documentary is that every once in a while some of the guitar tracks will sound distorted, sorta the same way speakers sound when they have been damaged because they were played too loud. There are only a few tracks that are like that but it is pretty annoying.

Overall this is a must have if you are a fan of Metallica or just this album in general. It gives you great insights into the making of the album and does a great job of putting you in the bands head during the process of creating the songs. The extra interviews and the inclusion of the producer and other members of the music business make it more interesting to watch.

It is definitely worth the price to be able to take it with you wherever you may roam.
Review Page Hits: 0 today (191 total)
mediahook