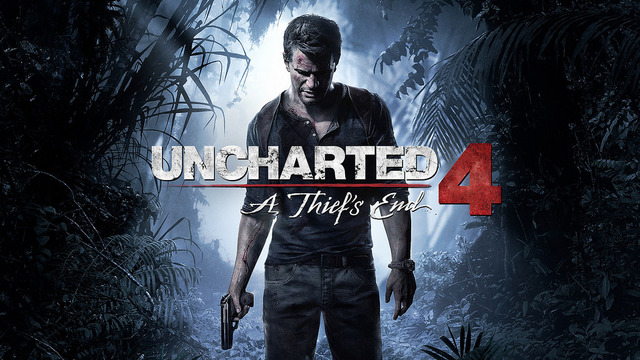 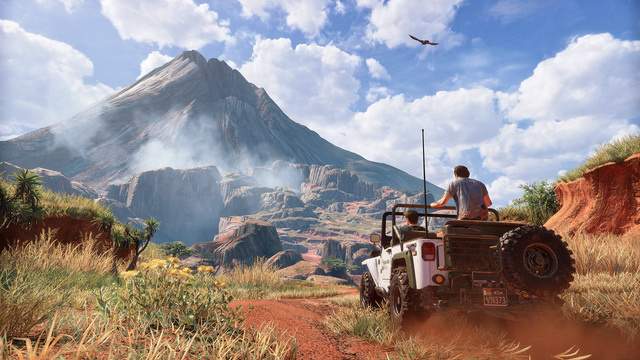 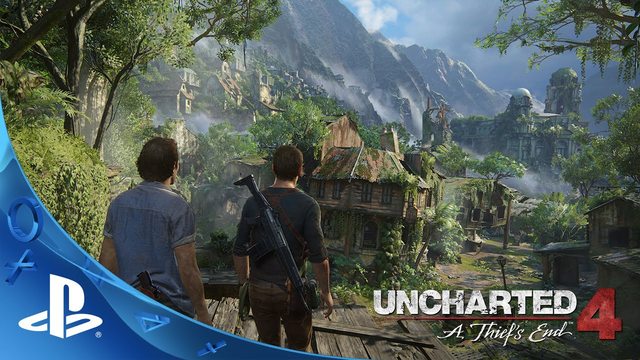 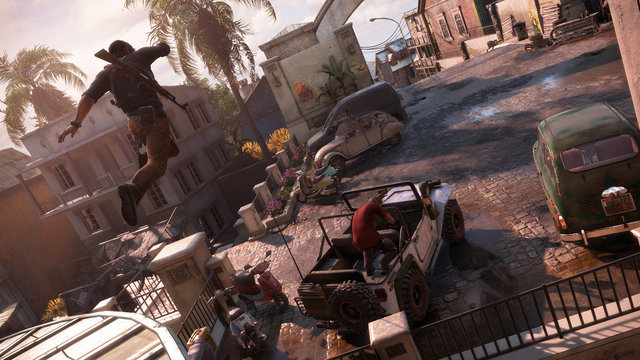 The main story is the main focal point of the game. This 15 hour game stars the main protagonist of the preceding Uncharted titles, Nathan Drake, a sarcastic modern-day Indiana Jones, who sets out on a journey for the largest sum of pirate treasure rumored to exist. Libertalia, the secret pirate city of treasures, is Nathan Drake's main and final destination he ventures forward towards, in search of his largest sum of earnings yet. Nathan Drake, newly taken back out of retirement, is accompanied by some old and new friends. Playing along side Sully and Elena felt just as natural is it used to, and, the inclusion of a few new friends creates an even more dynamic and witty set of supporting cast to complement such a well developed protagonist. The story features a large diversity of types of gameplay with generally speaking typical forms of gameplay as far as the Uncharted series go, while also adding new forms of gameplay such as a much more vertical form of gun fights, all new forms of enemies, and brand new set pieces and action sequences making an adventure of the generation that should not soon be passed up on.

The graphics for Uncharted 4 are some of the best found in the medium of video games, with excellent character models with realistic skin and gravity making each cut scene and interaction very comparable to that of an interaction in real life, especially because of the incorporation of great animation and phenomenal voice acting. The polish put into the game is nearly absurd and leaves the player dumbfounded at times taking screenshots with the PlayStation share button as they come across a mountain in the distance of Madagascar or a broken down house in the shambles of the once highly regarded Libertalia.

The sounds of Uncharted 4 are astonishing with a very "Uncharted" feeling soundtrack that just screams character and adventure. The plethora of just fabulous voice actors creates a surreal experience for the player, truly captivating everything about them making this a journey of a lifetime from start to finish. The combination of the primarily grand orchestra-seeming soundtrack and the truly spectacular voice actors the Naughty Dog team had to use at their disposal helped keep my belief unchanged that Naughty Dog's video games get progressively better and better even after following right behind masterpiece after masterpiece.

Gameplay in Uncharted 4: A Thief's End is what is to be expected from an Uncharted game with many new features added and old features taken out to take into account. To start off, melee battles are not as prevalent as they were in Uncharted 3, and grenades are also not able to be reversed and throw back towards an enemy after they have thrown it at you. But added features make the gameplay still many steps ahead of that in previous titles. One instance where this reigns true is the sheer amount of vertical combat. The environments in Uncharted 4 place Drake and his friends into scenarios that allow for many different methods for succeeding against his foe. This allows for an assortment of diversity throughout the game while also enlarges the amount of replay-ability. Fighting combat seems simplistic and refined with all new animations making the player not feel like they're just fighting the same fights over and over.

Uncharted 4: A Thief's End is most notable for its fantastic story driven single player. That being said, a frequently looked over section in Naughty Dog titles is the multiplayer. This expansion of the Nathan Drake story features a fantastic multiplayer that is definitely worth investing a large chunk of time in. The few game modes in this section of the game are pretty basic and to the point, such as a team deathmatch-styled game mode with the main objective of getting forty kills before the opposing team. The amount of depth is showcased very nicely with many weapons, weapon attachments, weapon skins, characters, and character skins to be rewarded with enough gameplay, making the player have a sense of accomplishment as they reach each next rank. One downside is the frame rate does drop from the average 60 frames in single player to a lock of 30 in its multiplayer counterpart. This being said, the experience was still worth having and did not get deterred too much by this.

With a compelling story, and multiplayer that drags the player back in from time to time, all wrapped in an astonishingly gorgeous graphical bow, Uncharted 4 is definitely great for any player who is eager to see where Nathan Drake goes for his next expedition. Although I recommend playing each Uncharted in order, A Thief's End easily holds up as a standalone game and should be taken as a game that for new and seasoned PlayStation players alike, a must play.
Review Page Hits: 4 today (980 total)
mediahook