Uncharted: Drake's Fortune is an excellent example of how well you can borrow ideas from other games while creating your own unique and compelling experience. 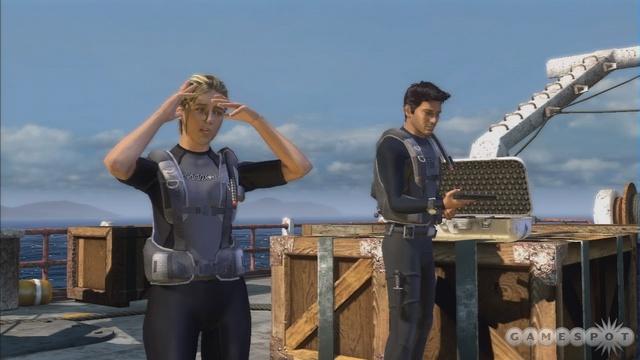 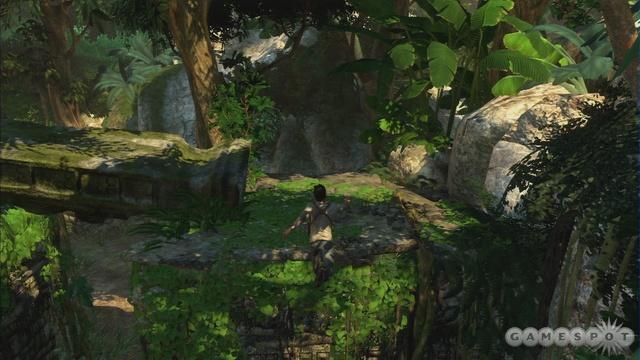 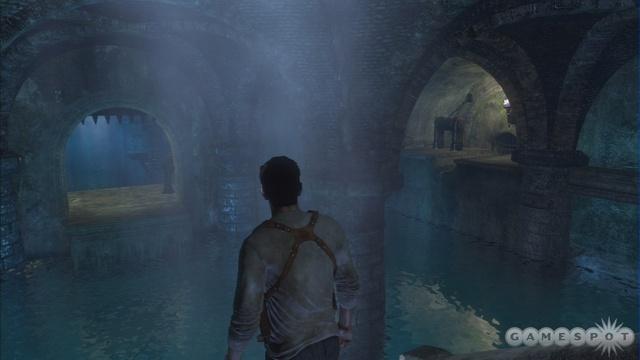 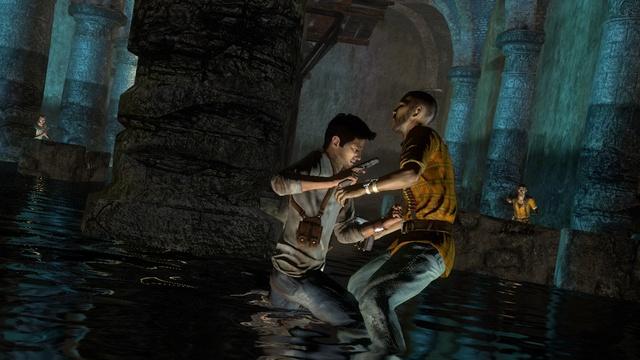 Uncharted: Drake's Fortune comes from the developer who mastered the platforming genre. Crash Bandicoot is considered one of the greatest franchises of all time and the Jak and Daxter series became an instant classic on the PS2. Consider it a shock when Naughty Dog revealed their latest game, a Tomb-Raider-esque adventure title set in the hunt for lost treasure. The concept itself won't win awards for originality, but the game itself offers up more than a solid offering of action, platforming, and a well-balanced story.

Uncharted tells the story of one Nathan Drake, a cocky, arrogant, egotistical adventure who is off searching for clues to his last ancestor Sir Francis Drake's treasure. Joined by his veteran friend, Sully, and his on-and-off love affair throughout the game, Elena, the no-holds-barred reporter who is funding their little expedition, the trio head to El Dorado, a city of gold where they believe lays the remains of Sir Francis Drake and his long-lost treasure. The three of them make a truly interesting cast and the relationships and dialogs between them throughout the game make a truly exciting and invigorating story.

The concept of Uncharted is to feel underwhelmed, because, naturally you will be. Like all great treasure related adventures, Nathan will not be alone in his quest to find El Dorado. A group of mercenaries hired by a wealthy and selfish English businessman are also after the treasure, and they bring the heat more often than not throughout the game. These mercs are your enemies throughout the course of the game and will often suppress you with constant bombardments of relentless firepower. These enemies are by no means soft-shelled or whimsy, they will try to flank you and take over your position and they will, more often than not, succeed.

In order to defend off these attackers, Nathan has a wide arsenal of skills at his disposal to use. Nathan can crouch behind any solid structure, whether it be stone pillars, fallen rubble, or trees, in which case he can lean around and view his surroundings. Using cover is the key to survival and also an important element to getting the advantage against your foes. Once hidden from fire (for the most part), you can than move to a better position while still crouched, or lean in any given direction and roll your way around the world trying to get to the hard to reach guys.

The concept derives a lot of ideas from Gears of War in the fact that you will be using cover a lot during battles and you can shoot freely over your head or hold the L1 button to get out of cover but aim your weapon. Using the free shooting is not nearly as effective as aiming your weapon, but you must always know when you want to give up protection for a clear shot. Nathan also can jump over hurdles when covered for a quick dash in any direction. This gives players a fast-paced break from the often monotonous shooting down throughout the levels.

Uncharted also has a fair share of platforming segments destined to keep you entertained. Instead of just simple jumping and running sections, Nathan must climb up towers, swing along walls using ropes, and even slide down falling rubble to the next portion. These segments aren't ever long enough to get bored from doing them over and over again, but from what you get you will no doubt enjoy.

Your journey will not be restricted on ground during the game, as you will find yourself heading to the waters more often than not. A few sections have you commandeering a Jet Ski racing to the other end of the city while shooting bad guys. All of these segments are packed with adrenaline bursts that keep the action moving at just the right paces while adhering to the adventure aspects of the game.
There might be some moments in the game that could feel tiring to everyone, like the constant nonstop barrage of enemies and the lack of ammo. These issues are definitely cumbersome in the early portions of the game when you are trying to get the feel of combat, but as time goes on you will learn to consume your ammo and use your surroundings to your advantage. It is true there was a time I got frustrated with a fourth swarm of enemies approaching me after I already shot nearly twenty-five guys in one section, but it was rewarding to defeat them all and only have three bullets left in my gun. That kind of scarcity in ammo leaves you to a more strategic approach to how to overtake enemies and combat in general.

The visuals in Uncharted are some of the best the PS3 can offer. The jungle sites are bristle with delicate beauty, often with the trees and leaves blowing in the wind. Drake's movements also look very photo-realistic with no skips or drops in his movements as other games have. Each level also has its own unique style to it, from an old sunken German WWII boat to a church overrun with ancient mosque stylings and dark, gloomy artifacts. Every area will keep you intrigued to press on to see what else lies around the corner. The voice acting is also very well performed and is up to par with some of the best animated films derived from Hollywood. No person feels out of place with their voices and the sound effects, such as weapons, water, and plane crashes are sound extremely accurate.

Uncharted: Drake's Fortune is an excellent example of how well you can borrow ideas from other games while creating your own unique and compelling experience. The game never lets up from the moment you start and you will be left wondering just how much action one game can throw at you. There could have been a more diverse case of enemies, but once you reach that final climatic ending, you will forget about those nonsensical foes and realize the beauty that was Uncharted.
Review Page Hits: 1 today (579 total)
mediahook