VTES: Bloodlines is an excellent RPG which combines a great atmosphere with a Grand-Theft-Auto-like play-style. 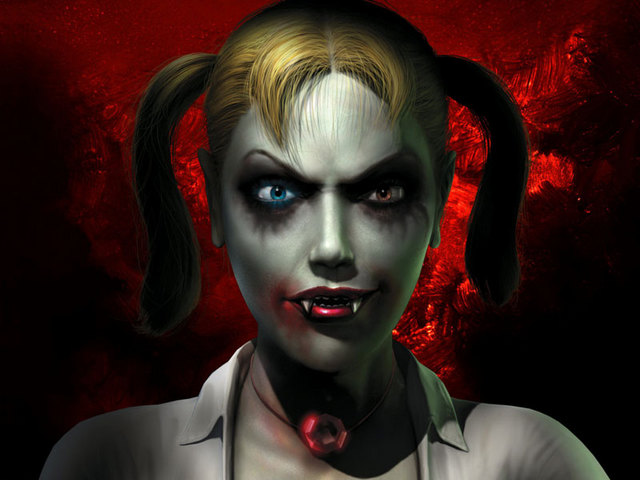 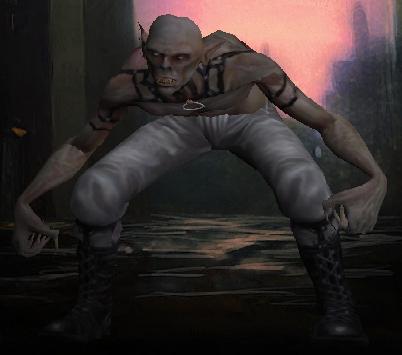 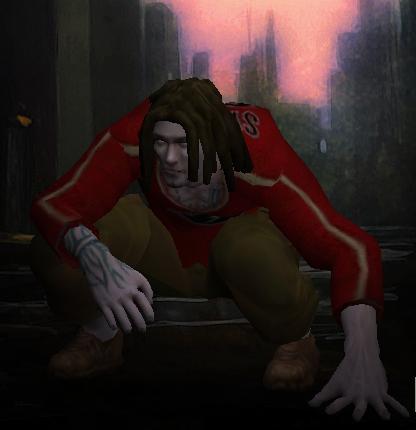 Vampire The Masquerade (VTES): Bloodlines is an excellent RPG from the World of Darkness (TM) RPG series. It combines a great atmosphere with a Grand Theft Auto playstyle. The game is definitely for adults and, like the RPG series, has themes involving blood, sex, and violence (the trademarks of the V:TES franchise).

The "masquerade" is a rule vampire clans have that they must not expose their existence (or that they must intervene if others do to put an end to it). You play a newly-created vampire (male or female, based on your choice) in the game and are given choices regarding which clan you affiliate with as the game goes along. If you're familiar with RPGs, think of clans as a mixture of traditional races and classes. Your sire - the vampire who created you - comes from a lineage of vampires that have developed certain talents. You will always share a link to your sire's bloodline. Even though every vampire starts off as a human, after changing they are gifted with powers based on their clan. Vampire powers include turning your hands into claws, increasing strength, moving super fast, damaging enemies with their own blood, entrancing NPC's (PC-controlled characters), etc. Using these powers expends your blood pool - points you must restore by feeding on the blood of others.

I'll describe the clans here in a way that will be helpful to those familiar with D&D or fantasy RPGS: Brujah are militant gypsies (think rogues or fighters). Gangrel are animalistic brutes (like barbarians). Malkavians are insane vampires with certain divination powers (sort of a prophet or sorcerer). Nosferatu are deformed monsters (like half-orcs). Toreador are graceful charmers (with powers and attributes resembling elves or sorcerers). Tremere are blood wizards (think drow elves with dark magic). Ventrue are nobles (think gangsters mixed with knights).

For those familiar with the World of Darkness RPG system, it rewards story-telling over hack-and-slash (unlike traditional D&D which, besides enlightened dungeon-masters, mostly rewarded characters for kills or finding loot). Because of this setup you get no real experience of killing characters or monsters. Instead, you are rewarded for completing quests and are given multiple paths to victory. Depending on what kind of vampire you choose to develop, quests can be relatively easy or hard. Ending a quest can be a simple as picking the right combination of dialog options, using an ability before speaking to a NPC, or powering up and killing your way through the quest. As you level up you pick talents that go along with your clan.

You go about the game serving the vampire princes (some of which are female despite the title) and eventually get caught up in a larger storyline that develops based on the choices you make (it usually involves rumors of an ancient sleeping vampire in a sarcophagus causing madness throughout the city). In this regard the game is very re-playable and fairly open-ended - although to progress you will have to stick with a linear storyline.

If you do a certain quest (check online sites for details) you create a ghoul (a human underling that serves you because of the blood bond you share). Besides the obvious demented reason for doing this, you can use the ghoul to your strategic advantage during the game. For one thing, she serves as an easy source of blood (which powers your abilities and health). For another, she will reward you at different times in the game with money or armor.

There is a lot of voice acting in this game and it's really good for the most part. Since this is an adult-themed game, there are certain quest twists and turns that result in sexy-fun-time moments - especially if you pick certain talents. The stage music is pretty repetitive in the game and is nothing really memorable. Now is some rock music that's pretty awesome in the bars, intro, and ending, but most of the time it's kind of tame.

The game uses the Half-Life 2 engine and looks fantastic for its age. I'm impressed by the time it takes to complete the game and the various levels. However, compared to modern RPGs the levels do feel contrived and the storyline is relatively simple. There are various distractions and mini-quests, but you don't really feel like you're part of some grand quest (in fact some of the quests drag out - especially if you don't know exactly what to do). I suppose to a certain level this is part of the game's charm - and the multiple endings and relatively short play-through time do lend to the experience (once you know what you're supposed to be doing).

Originally the game was a little buggy, but there are fan-patches that basically fix all the issues. This is also available through Steam now. I definitely recommend this game to long-time fans of the franchise and even to dabblers in the World of Darkness universe.
Review Page Hits: 0 today (603 total)
mediahook