For all the PDoomers out there. 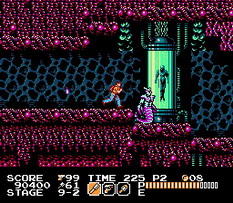 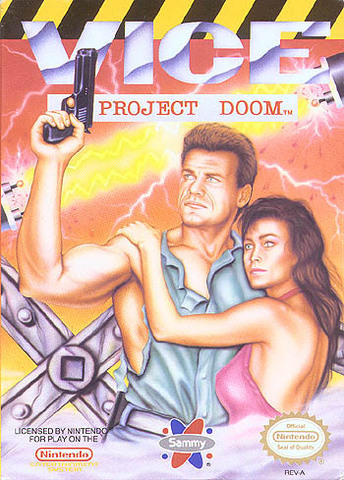 You play as Quinn Hart, your typical cop clad in an orange bomber jacket (I think it's intended to be tan but it looks awfully orange) and blue jeans. The character is a little generic looking, a lot like Mel Gibson on the box art, but I swear it gets better. The weapons are the standard police fare... 44 magnum, grenades and a laser whip... Whatever gets the job done, right?..


Your goal is to track down the source of the "stuff" and put an end to the insidious Project Doom. To accomplish this you must traverse a variety of environments utilizing what appears to be play mechanics ripped from other games (a little more on that later).


Graphics (10/10): Coming out close to the end of the N.E.S.'s life span, it's no wonder that V:PD is one of the sharpest looking games for the console. It goes so far as having story board cinematics similar to Ninja Gaiden and some amazingly detail backgrounds.


Sound (7/10): While the in music is all right and very catchy, the sound effects are somewhat annoying and sometimes delayed.


Gameplay (10/10): The controls are tight and responsive but weapon switching is awkward at first. The game is a lot like Ninja Gaiden with interspersed Spyhunter driving levels and Hogan's Alley style shooting segments. Surprisingly the Spyhunter/Hogan's Alley inspired levels complement the overall Ninja Gaiden-based gameplay and never feel tacked-on. The Spyhunter-esque levels are in my opinion better than the NES' Spyhunter. While V:PD has its roots in Ninja Gaiden, it brought its own innovation to the action genre; the ability to run while crouching serves to speed up the pace of the game a great deal. In addition almost every level has unique enemies with unique patterns, adding to the games appeal.


Story (8/10): Good in a laughable B-movie sort of way. But then again what would you expect from an action game from 1991 (certainly good for the time). You won't fall in love with it but the cinematics justify reading the text.


Overall: Well worth the price and quite easy to track down, I would highly recommend it if you own an N.E.S.