Viking: Battle for Asgard falls short on various fronts, and never delivers a truly nonstop action game that we have come to dream of from such a talented developer. 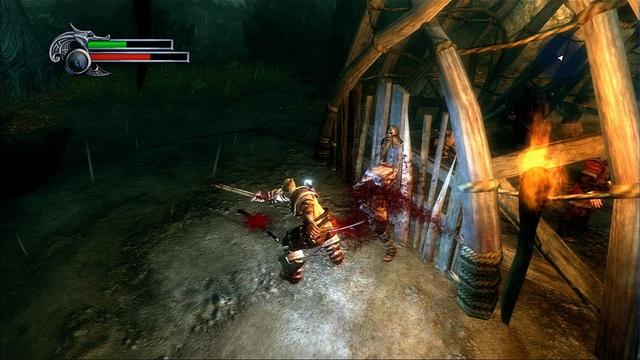 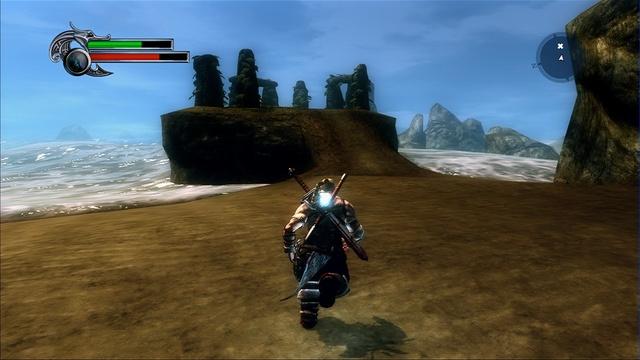 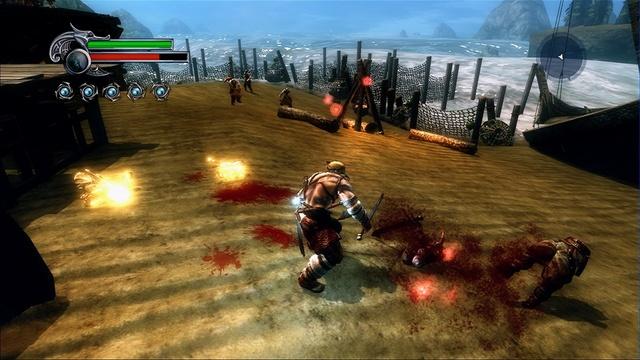 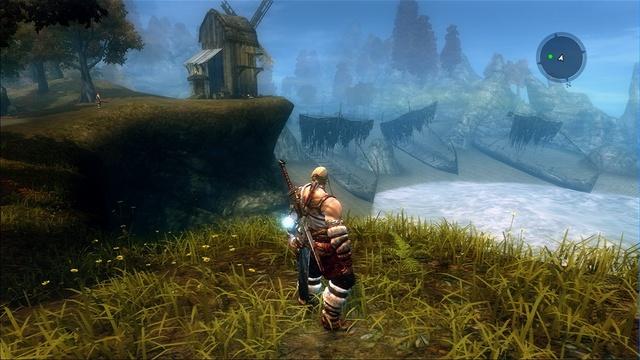 Viking: Battle for Asgard is a bloody, violent, mediocre game. That sentence pretty much sums up the bulk of the entire game, which thankfully, doesn't last very long. With such a high pedigree from a famed developer, it really is a shame to see a game that could have been another Spartan: Total Warrior turn into a dumbed down Dynasty Warriors with severe problems.

Battle for Asgard stars the drone and buff hero named Skarin. Right from the start we see Skarin's land being ravished by an evil woman known as Hel, who has unleashed various demons and beasts across the land to destroy. Skarin, who at the brink of death, see the Goddess Freya arrive to help. Freya then hands Skarin a device known as the Brisingamen, which lets Skarin call upon forces of Viking warriors to fight alongside him in the thick of battle. The story is the highlight of the game, which delves heavily into Norse Mythology and the surrounding territories. Many references to ancient lands and characters from old books are often talked about, but it's a shame that many of these once powerful figures had to be destined to such a travesty of a game.

The core concept of Viking is to travel to each land of Midgard and rally up Viking recruits to help you in battle against Hel. The scenarios themselves sound fun, such as infiltrating an enemy camp to rescue Viking hostages, and watching as they kill their captors with the swing of their blades. However, once you finally free the captives from their bonds, be prepared to rinse and repeat that pattern over and over and over again. Nothing changes in the basic concept of objectives than the levels, which needless to say, aren't that inspiring to journey through anyways. Gathering up fellow Viking warriors makes up the bulk of the game considering you cannot advance until you complete these objectives. You need to get enough troops together so you can stage a massive siege on one of the main ports scattered around the world.

These siege battles can get monstrous, with hundreds of people on screen fighting together. On one side we have Skarin and his mindless drone of Viking warriors and on the other, Hel and her mindless drone of legion warriors. The AI in Viking is terrible, with allies who run after the enemy swinging wildly and enemies who do the same exact thing. It was the first time we really ever saw two AI controlled NPC characters run around like chickens with their heads cut off for countless minutes. Hilarity definitely ensued, but it can often turn to frustration when more than one person actually does it. What makes these siege battles often tiring and dull are the fact that you can't often determine who is on your side. There are no indicator markers or icons to represent friend from foe, which usually just leaves you swinging blindly through the crowds, and since you can't hurt your fellow Viking friends, not much skill is involved to achieve victory.

The combat in Viking is average at best. While there are plenty of options to undertake when you engage in combat, you never have to rely on much more than simple hack-and-slash attacks, which more than gets the job done. You can stop by the Battle Arena and purchase new upgrades which definitely look and sound cool, but their execution is frustrating beyond belief. How so? Just imagine pushing the block button to stop attacks and than having to hold down that same button to execute a power combo. It's that type of broken gameplay that will have you mashing on the controller to try to either block or execute a power move, when you just want to do one or the other. Using light and strong attacks is easy enough to handle, and most of the enemies will fall by using those anyways.

To make matters worse in combat, Viking is constantly plagued by an uneven camera that swings out of control when multiple enemies pile on screen and enemies that hit you from off-screen as well. This can be incredibly annoying when you are fighting hordes of enemies at once and trying to manage both the camera and invisible enemies. There are some platforming segments in various portions of the game too, where Skarin has to climb on top of towers and ruins to retrieve amulets and gold, but the unreliable camera often makes these navigating segments hard to manage as well, with tight corners turning into death traps and easy jumps looking like a game of Pitfall.

The land of Midgard is huge and there is plenty of it to explore. While a huge world is surely every action players dream, exploring Midgard is a chore and a half. Skarin only has one speed...run slowly. He can't sprint at all, making going from Point A to Point B an often long and arduous challenge. Plus, with the lack of a sprint button, escaping from enemies is never easy since they run twice as fast as you. Of all the times we accidentally ran into a pack of enemies we never once escaped to safety for we either had to stop and fight or get killed in order to end that nasty predicament. There are leystones scattered around Midgard that once activated will let you warp instantly to that location, but there are just so few of them and the time running from each on is just so tiring and repetitive.

The audio is some of the worst we have ever witnessed. For starters, Viking offers various tongues of dialect. Australian, English, Irish, and Scottish were all the different accents heard throughout the game, not to mention Skarin never talks once during the entirety, making his presence somewhat welcome in the often bizarre vocals from the rest of the group. The music also sounds awfully familiar to something out of a Hollywood film, which is a shame considering the rest of the effects, such as sword-fighting and dialogue all sound half-assed.

The visuals themselves are hit-or-miss, depending on which area you look at. The FMV cutscenes are brilliantly performed, offering a God of War spin-off with still drawings that act out the scene before you. The characters and enemies might all look the same, but there were never any moments of slowdown or freezes apparent during any battles. The same can't be said about the locales, however, as they are dull lifeless places. Since all of the places are supposed to be ravished by Hel, they are look basically the same, black darkened areas that are often hard to see and with no redeeming qualities. The game slows down in various parts just running around the environment, which is quite ironic for a game that uses the same backdrop in every single location.

The Creative Assembly already had a winning formula for an action game set in stone with their past hit, Spartan: Total Warrior, but it seems their over eagerness to try something new got the better of them. Viking: Battle for Asgard falls short on various fronts, and never delivers a truly nonstop action game that we have come to dream of from such a talented developer. With so many problems, unbalanced combat, and no multiplayer, it is hard to recommend anyone to buy this game, let alone rent it. Give it a try if you are a fan of the subject matter, if not, there are plenty of better action titles out there for you to enjoy instead.
Review Page Hits: 1 today (230 total)
mediahook