Flashes of brilliance can be found, but they're just that -- flashes. The game isn't bad, but it isn't brilliant either. And with the crop of RPG's for the PS2, it's probably not worth any special mention. 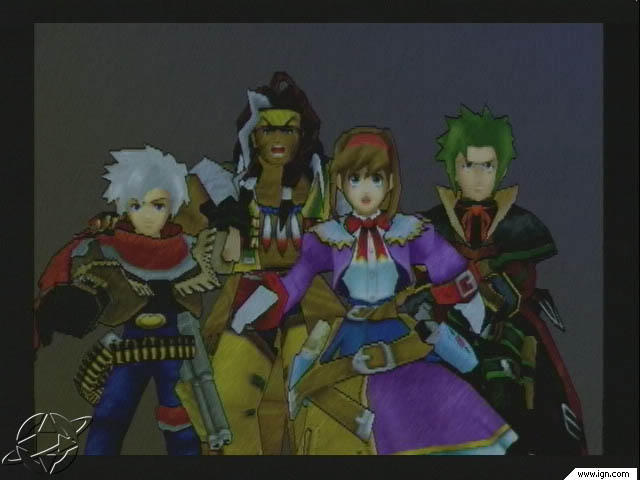 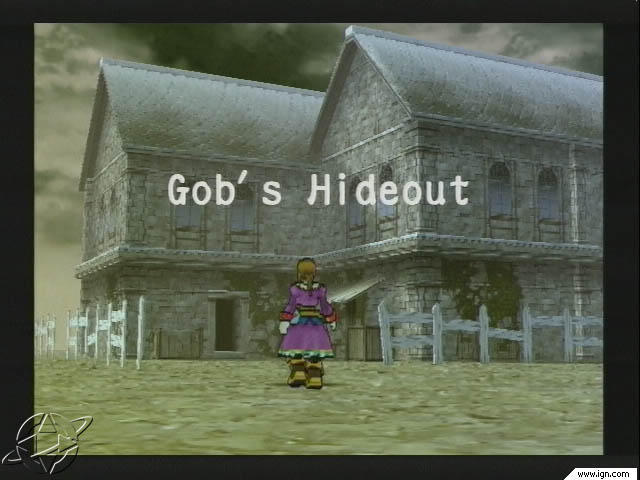 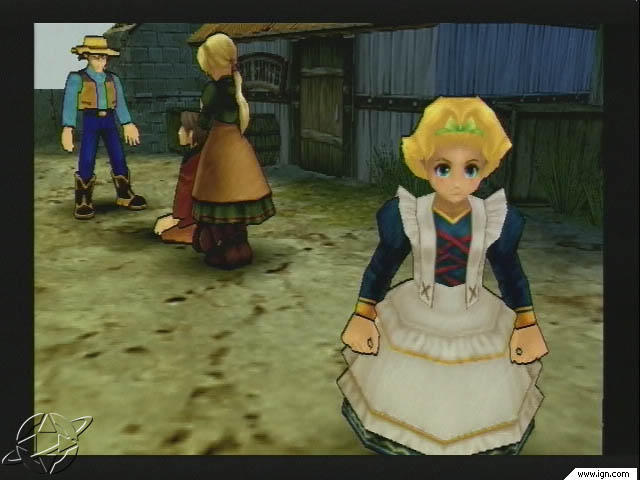 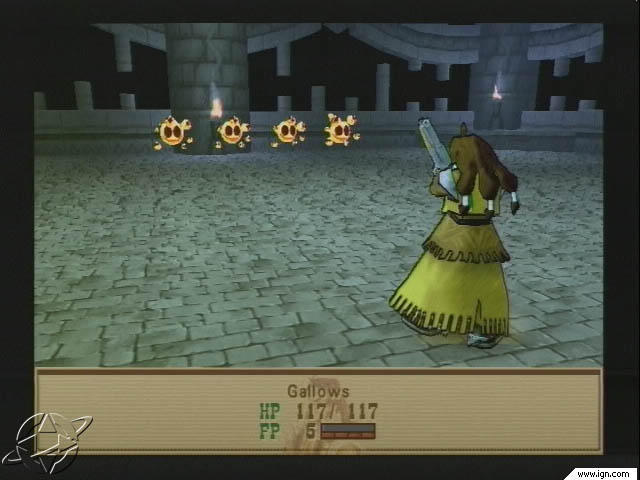 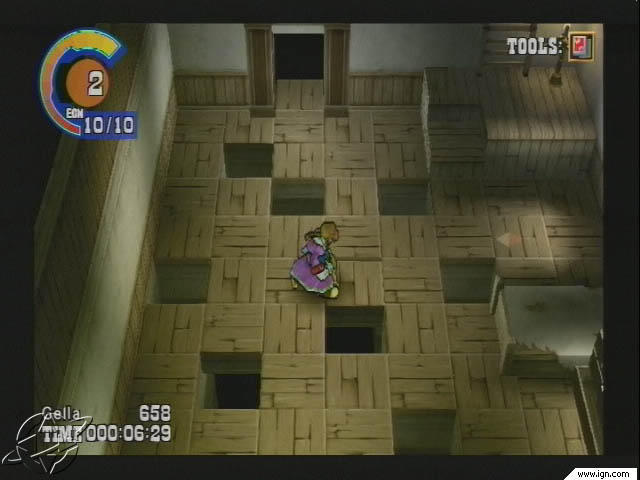 Wild Arms 3 is set on Filgaia, a planet that's little more then a huge wasteland. You are quickly introduced to the party, made up of four Drifters (the general term for those who traverse the Wasteland) The party is Virginia, idealistic but inexperienced; Jet, the indifferent mercenary-type; Gallows, a drop-out acolyte; and Clive, a scientist turned Drifter. In short, Wild Arms 3 takes place on an epic scale, like most RPG's.

Although the game doesn't redefine the genre by any means, it appears, at first glance, to be a nice addition to any RPG fan's collection. It's a (fairly) rare thing to see a cel-shaded RPG. The flute-heavy music actually helps set the tone nicely and the combat has just enough quirks to keep it intriguing. However, the dialogue is cringe-worthy, the path to be taken quite linear, and the story unravels and then goes on a downward spiral for the last quarter of the game.

In the end, Wild Arms 3 could have been a good game, but it fails to prove itself any more worthy then other RPG's. It might be worth a playthrough, but it's doubtful you'll find yourself satisfied afterward.

Graphics: B
The game isn't exactly cel-shaded, but it's very close. By no stretch of the imagination does the game stretch the graphical limits of the PS2, but it gets the job done and there are no skips to speak of. Then again, there are also no cutscenes that come even close to what a PS2 user is used to. The cutscenes are presented in basically the same graphical format as the rest of the game and that's a bit disappointing.

Gameplay: B
It's pretty easy to play this game for two hours at a time and for a while in the middle of the game, it's pretty hard to put down. The battle system is fairly simple, with each character possessing a different ARM (like a gun, but more complicated). Battles aren't random and the ability to skip them (and the growth of that ability throughout the game) is a nice touch. Most of the gameplay is pretty standard dungeon crawling. One nice addition is the "Tools" that each character can use. For example, Clive's Mighty Gloves allow the player to move heavier objects that were previously inaccessible. Additionally, it's not always clear which Tool is needed and often word puzzles are thrown in to challenge the player in clever ways.

The controls need their own section here because they are a bit strange. If you hold down X, you run, but unlike most RPG's, you can't go from running to walking. You have to hit a wall or release the X button (and your character will skid). This would be less problematic if X weren't also the action button, which often requires precision in its use. I guarantee that you will be trying to do something else and accidentally run off an edge somewhere because of it and in certain spots, it can be very irritating. The camera is also quite unwieldy (you control it with the L1/R1 buttons, while the right analog stick goes unused, go figure) and you can only rotate in set increments.

When not in a dungeon or a town, the player is on the World Map, either on foot or on horseback to start the game. You use the square button to search for locations and the only real purpose is (1) to keep certain areas off limits until the end of the game and (2) to force you to level up between locations. Nothing is ever terribly hard to find, but the map (especially by the time you get the "airship") just seems like it's much bigger then needed. There's no easy way to see what town you're heading for so you have to continually switch between the two views of the World Map.

Learning Curve: A-
This is not a tough game, first and foremost. There aren't very many in-game tutorials, but it's fairly easy to get the basics down. Items, personal skills, and mediums are all easy to use. This is a good game for a new RPG player as well, since most of the enemies possess simple weaknesses easily exploited by the personal skill system or the use of certain Arcana.

Replay Value: C
The main replay value of RPG's is in sidequests, which is one of Wild Arms 3's biggest shortcomings. There are only about five true sidequests and three of them are merely different types of battles and all of them are in pursuit of EX File Keys. EX File Keys unlock New Game EX, movies from the game, and the ability to see final character stats. There are almost no in-game rewards for the sidequests, which is why they are particularly unappealing. The sidequests lengthen the game by a great deal but not in a positive way, since they require mindless leveling up, repetitive puzzle solving, or traversing the entire World Map and having to land on every single land mass to use your scope to search for a Millenium Puzzle or Telepath Tower.

Sound: B
The music in the game features a lot of flute and stuff that is indicative of a large-scale adventure. Traveling the World Map sounds good and although the battle music is just a little bit too light most of the time, it doesn't hinder the game. There's no voice acting for this game, but that ends up as a positive, since the dialogue would probably make you vomit if you had to listen to it. The game ends up lacking anything you would ever put on an iPod (and it also lacks any quality darker toned stuff), but it's very functional.

Overall: B-
There's truthfully just nothing that sets Wild Arms 3 apart from any other RPG out there. There are glimpses of greatness at points during the middle of the game, but they fizzle out by the game's end. I recommend the game to any RPG fans/big-time gamers at least for a rental (it only takes about 20-25 hours to finish) but because of the game's large-scale flaws, I can't do any more then that.
Review Page Hits: 0 today (540 total)
mediahook