Adding new features, fighting styles, moves, modes, and twists in controls and more, does it once again retain the title? 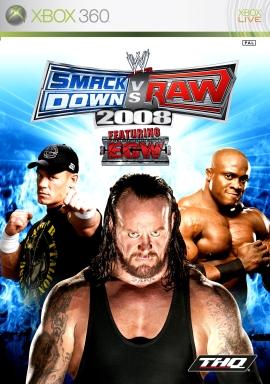 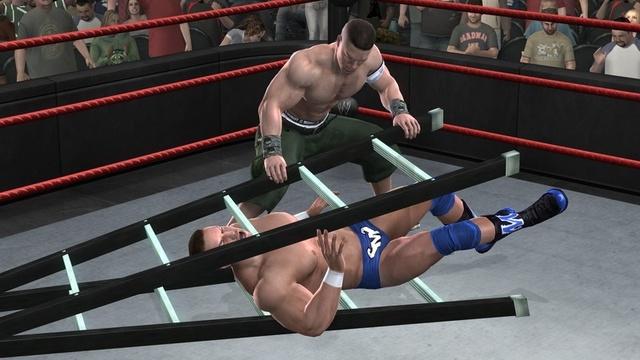 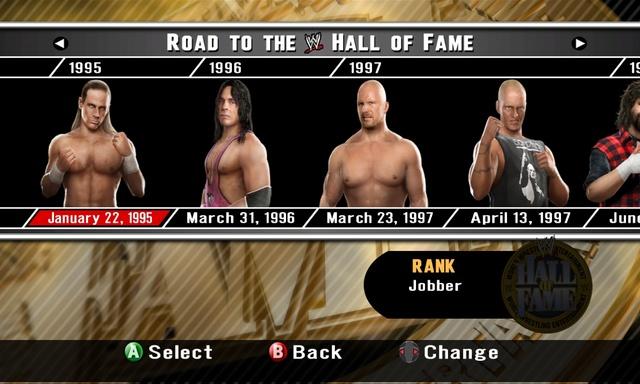 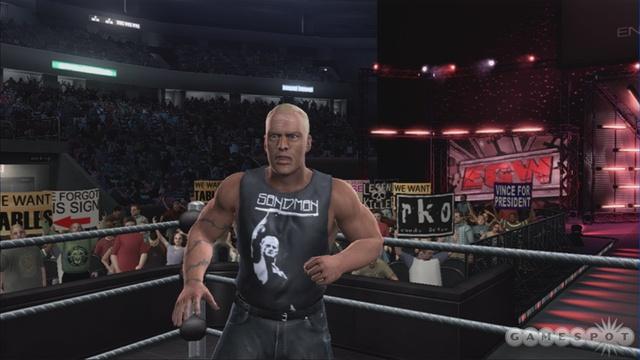 First of all, I have to say before I begin. I'm reviewing the 360 version only. I have to mention this because different console and portable versions have differences. I just thought I should mention it.

Now, onto the description.

Smackdown vs. Raw 2008 is the sequel to Smackdown Vs. Raw 2007, and they changed a LOT around this year. I'll start off by explaining one of the most hyped about features: The fighting styles

There are 8 fighting styles

Each has different abilities, moves, and special traits.

Unfortunately, some of the stuff that was universal in Smackdown Vs. Raw 2007, is now limited to just a few fighting styles in 08. For example

Only Showmen can gain charisma from taunts, and only they can steal finishers

Only hardcore can use EXTRA weapon moves. Normal superstars can still strike with them, but not much more.

There are a few more, but I'll get onto the actual game now.

GM (general manager) mode and season (story) mode have been fused into one mode: 24/7 mode. And they did really well.

Instead of just playing episode to episode (or match to match, rather) you actually play on a calender-style. You have 5 days (a week on the calender, but you have to take Sat. and Sun. as a day off) to do what you want. You can do events, such as a promotion to get cash, movie shoot to get popularity (you don't "do" any of these, you just choose them and they get simulated) Also, you don't get EXP from matches to build up a CaW (create-a-wrestler) Instead, you have the option to do skill training. Basically, you pick a category you want to level up in (stamina, charisma, hardcore, etc.) and you have to do what it says to do in a certain time limit. Usually it's just "reverse X in X minutes" or "do X high Flying moves in X minutes". Also, you build up fatigue in the season part of 24/7 mode (they combined the actual gameplay into one, but you get a choice to play as GM or superstar) and you do sustain injuries that will affect you in a match, usually by having you start out with limb damage. And now, you can complete certain things in order to become a legend. They have a list of things you can do in order to do this, such as "defend a title at a pay per view". And you can do each multiple times. There's a bar at the top of the screen showing your progress from 1 to 100%.

That describes 24/7 mode. Now onto the others.

There's also a hall of fame mode. It has some dates in there with certain superstars completing certain tasks, in which you must complete. Like at old PPV's, such as when Shawn Michaels won the Ironman match against Bret Hart. You must beat a 30 minute ironman on legend difficulty to beat that date. And so on. Some get harder, like for John Cena, you have to make a custom title and raise it to the highest level of Prestige. Hall of Fame mode is the way to unlock some of the arenas, and it also unlocks the locked titles and WWE/ECW legends available to buy in WWE shop.

As far as other modes go, the only new MATCH is an ECW Extreme Rules. It's basically a hardcore match, but you can pick which weapons to use, you can choose what weapons you get under the ring, and you can set tables and 2X4 barbed wire on fire. It's not very different, though, unless you really like flaming tables.

The roster is a bit smaller this year, but covers most of the newer superstars.

Onto the actual review part, though...

Graphics: 5/5
The graphics are awesome. Better than 07, but not by much, but there wasn't much they had to improve on. Physics are a bit better, but not perfect. Nothing to worry about, though. The game plays fine.

Sound: 4/5
Same. Old. Commentary. They pretty much flat out copy/pasted the script from last year and the year before's commentary. I mean sure, they added JBL into the Smackdown, and then they added the ECW announcers, but in my opinion, JBL sounds like a robot, and says pretty much the same things Tazz did when he was on Smackdown. As far as themes go... BRILLIANT. They FINALLY put custom themes in (360 version only, though) the create-an-entrance section, and the voice-overs are brilliant.

Gameplay: 4/5
Fighting styles are good AND bad. I hate how they isolated certain moves and abilities to certain superstars and styles. And they pretty much disregard weight class this year. Everything else is repetitive, but they added nice innovations. They get credit for that. So I'm fine with it. Still not perfect.

Replay Value: 4/5
Not the best replay value in the world. As far as 24/7 mode goes, anyways. Some people could have their own reasons for wanting to replay it. To become a legend, to get more money for the WWE shop, to watch every cut-scene, view every match, pretty much to play it all over again. It varies. The game is fun, I can't blame them. After a while it may start to lose its shine, but for now, it's fine. A story isn't all you look for in a game. There's the gameplay too. All-in-all, it's not the greatest game in the world, but it's a very good one.

It took some steps forward, some back. A few more back than forward, though. They limited the abilities to certain styles, so the more/most hyped about feature might be the death of it. Also, you can't play as an ECW superstar in 24/7 mode. The "ECW Invasion" term pretty much sums up ECW's part in the game. But they did polish up the graphics and meet the demands of one of the most requested feature, the custom theme... well, at least in the 360 version.
Review Page Hits: 2 today (221 total)
mediahook