With so much potential that could have been used, the game just feels a bit too unbalanced at times. 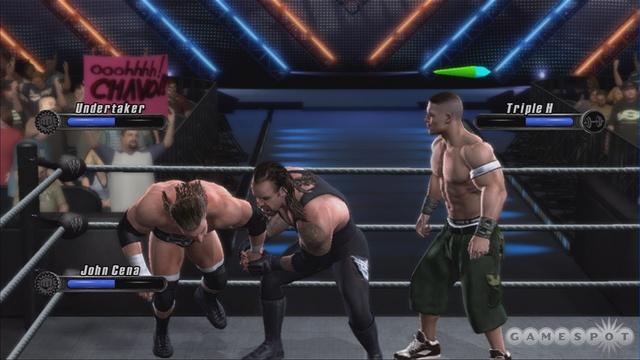 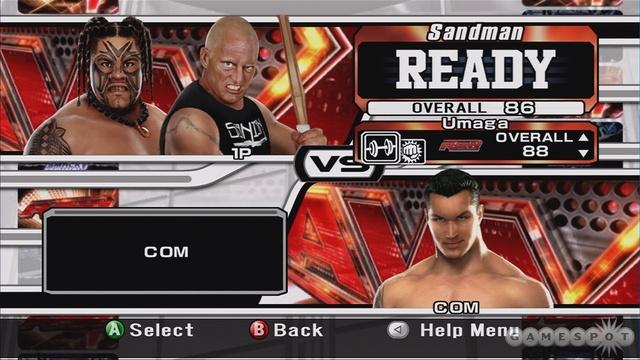 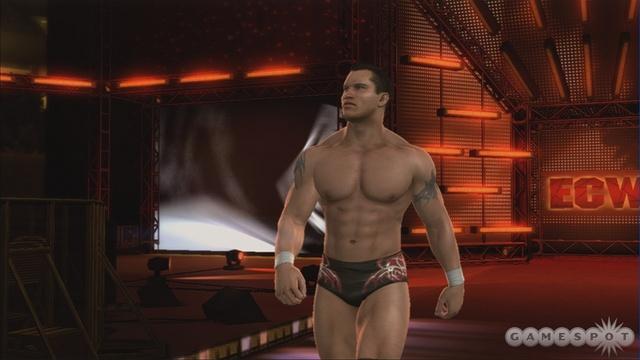 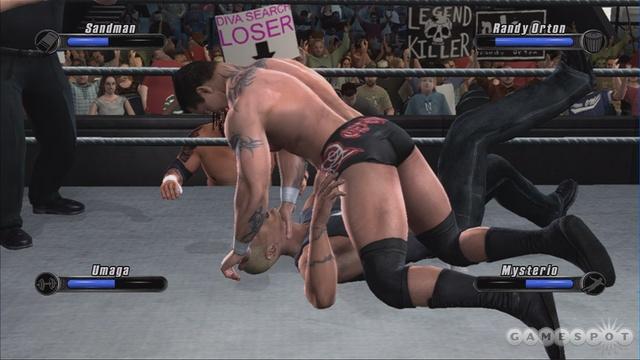 For years, the Smackdown! series has been revolutionizing the wrestling generation and proving that the WWE brand is more than just cheap pops and lights. Since first appearing on the PS1, the series has evolved drastically in both the technical and visual aspects. However, despite the exponential increases in every iteration, it seems that wrestling is not as fun as it used to be on the next-gen consoles, as the series still struggles with control and frame rate issues, something that should have been noticed this far along in the series' lifespan. Sure, the games are still fun to play if you are a diehard fan, just don't expect to be enjoying much from the latest offering.

WWE Smackdown! vs. Raw 2008, if anything, ups the ante in terms of size. There are bigger options available in the menu, more match types, more options available when creating your own superstar, and even a larger group of wrestlers than last year. So with everything being sized up for bigger thrills, why does this game feel like a smaller version of last year's title? The solution could be execution; Jakks Pacific decided to focus more on in-ring content than out of the ring ambiance. The result, however, is a poor combination of mediocre wrestling with shoddy management and career modes, which makes WWE Smackdown! vs. Raw 2008 only worthwhile in short bursts.

The biggest change series vets will recognize right off the bat are the controls. Instead of mapping moves with button configurations, performing moves is as simple as pressing or holding down one of the shoulder buttons and than flicking the analog stick in any direction. Moves are much more accessible and the fluent movements mean that performing skills in the ring are no longer a struggle to master. Every wrestler has his own unique style of fighting, which can be used to gain advantage of your opponent or utilize specific moves. While the game does a good job of separating the specific stars by class (such as high-flying for wrestlers like Rey Mysterio to brawlers like Kane), there is, more often than not, an unfair advantage for the big-time wrestlers who can master skills such as instantly reversing grapples and blocking, a feat the smaller and more athletic wrestlers cannot perform.

But since the game is very sensitive towards how hard you press the buttons, there will be many times when moves will be performed when you were not ready, or just random skills will be issued without command. Pinning an opponent for a three count used to be as simple as pressing a button, now it requires a two button combination that many gamers can easily mistake for other moves. Plus, it seems rather irritating to constantly tap buttons when you are in a submission hold, a feat that just gets tiring extremely fast. The frame rate also seems to drop when there are more than one wrestler in the ring at one time. Moments when other stars run in to help you just feel annoying due to the slowdown the game issues and playing in tag matches and royal rumbles is too much of a hassle to enjoy.

Securing victory can be as easy as just picking the biggest star and unleashing hell on your opponent until he can no longer move. While you could go this route, utilizing all of your skills is essential to surviving in later portions of the game. If you want to stick with your star for a long time, you can try your luck at 24/7 mode, which mixes GM and Career modes together. You can spend all of your time out of the ring exercising, appearing at promos, or talking to other wrestlers backstage. You can skip through any scenarios you want as well, so if you want to just wrestle and skip all the nonsensical jargon, you can do simply that and the computer will automatically calculate estimated exercise times and publicity tours for you. But what 24/7 mode makes up for in originality, it lacks in structure. There were multiple times when the game would tell us our superstar needed to appear at a publicity tour to help improve our image...only there was no option for us to attend. Or when our wrestler had an ultimately grueling match the night before a pay-per-view and the game tells us to relax, only to not give us the option and forces us into a title match with a weak leg. It's moments like this that will surely damper the most patient of gamers who will try to spend time making their wrester the best, only to be bogged down by inconsistent structure and options.

The cast of characters is great, with a nice diverse set of high-flyers and hardcore brawlers. However, many of the game's lesser characters are hardly even worth mentioning on air, let alone in the game. After the notorious steroid encounter, the WWE has suspended numerous wrestlers; which include nearly ten wrestlers in the game roster. Needless to say, their roles on television are being hampered and many fans may not even recognize who Charlie Haas or Mr. Kennedy are. Besides, the game's cover has three well-known stars, but two that have been out of action for months, a measure that may turn off casual WWE watchers who may not have even heard of the wrestlers on the cover before.

The online mode still features the same problems as the single player, but at least you have a seemingly similar advantage against each another. You can play through an assortment of modes, including hardcore matches, submission matches, and even tournaments to crown King of the Rings. It's definitely he highlight of the series in terms of multiplayer, but its highly reassuring knowing the problems that plague the controls and lag.

WWE Smackdown vs. Raw could have been a great game and a step into making the best wrestling game to date. With so much potential that could have been used, the game just feels a bit too unbalanced at times. Controls will take some getting used to and the 24/7 needs some serious fine tuning. Fans will no doubt enjoy the quick matches using their favorite superstars, but casual watchers may not get as much out of the game as they would have expected.
Review Page Hits: 0 today (49 total)
mediahook