Can you Survive the slow gameplay? 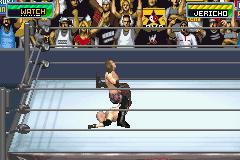 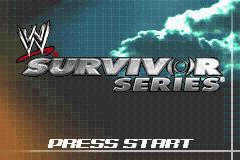 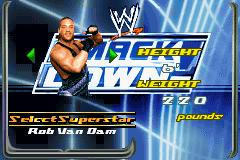 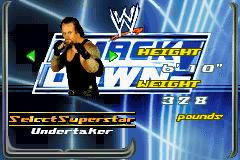 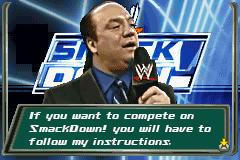 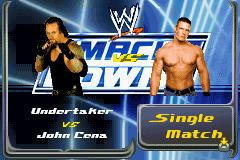 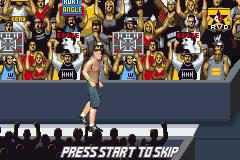 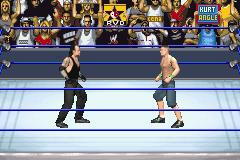 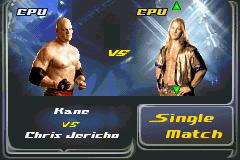 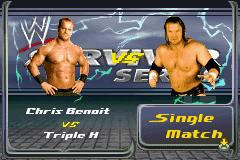 With all the good WWE games on the consoles, there really isn't a reason to play the ones released on Game Boy Advance. WWE Survivor Series is missing too many of the current big name WWE Superstars that are currently on Raw and SmackDown each week such as JBL, Batista, Eugene, Ric Flair, The Dudley Boyz, Hurricane & Rosey, The Big Show Rene Dupree - and it is even missing The Rock. You can't play a full 30 man Royal Rumble as there are only 16 wrestlers in the game. The Story mode is slightly entertaining, since you must not only worry about beating your opponent, but you must now make sure you keep the audience entertained and make sure you win with your finishing move, and letting your opponent get in a few moves on you.

Unfortunately, beating the Story mode will not unlock any hidden wrestlers. And you can't make your own created wrestlers either. The graphics aren't horrible, but they aren't really great either. It does look a little bit better than the old 16-bit Super Nintendo wrestling games, but the wrestlers all walk like robots and the animations for some wrestlers' finishing moves look weird. The wrestlers don't seem to have eyes or mouths for some reason. Play as Kurt Angle and it looks like they replaced his real head with a peach colored basketball or something. Also, all the Arenas in the game look the same, the only difference is the logo on the ring apron.

One last complaint on the graphics is that all the wrestlers are the same height. Rey Mysterio and Christian should not be the same height as Kane and The Undertaker. The wrestler's theme songs sound like crap too. You can tell which theme is which if you're a WWE fan, but THQ could have put in a little more work in that department. The controls are all right, A button grapples, B button punches/kicks and the R button is to run. The game just moves too slow for it to be much fun. The AI is another negative thing. I managed to back my opponent in the corner and punch him about 20 times before he attempted to block me.

If you must play a wrestling game on your Game Boy Advance, stick with Fire Pro Wrestling.
Review Page Hits: 1 today (920 total)
mediahook