First things first: this game is far more than a cash cow for the Marvel enterprise. It's a must-play for X-Men fans and well worth the time of any PS2 owner. 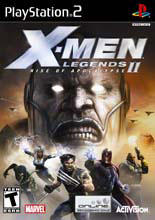 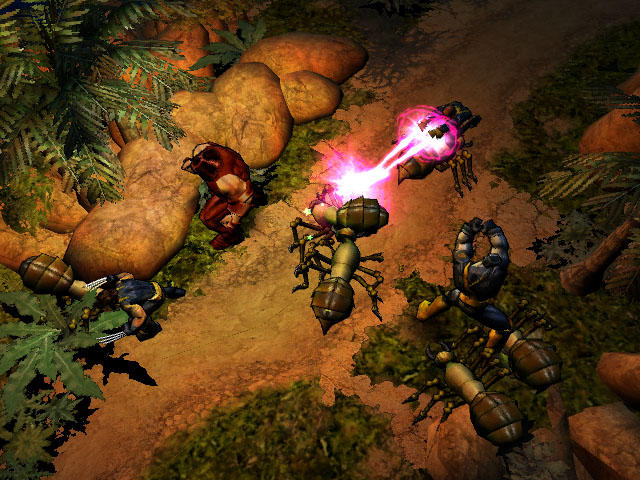 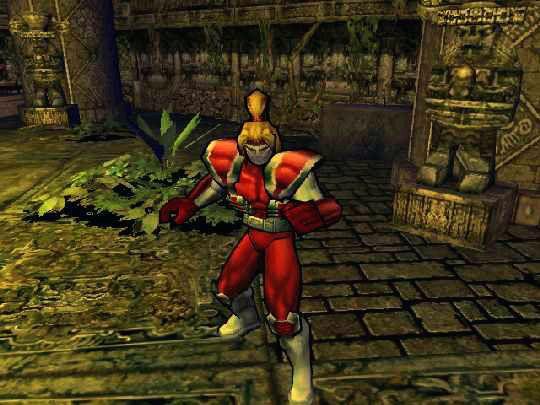 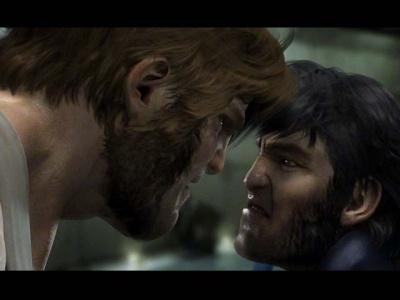 X-Men Legends II is the successful second entry in the latest officially-licensed action-RPG game from Stan Lee & Co. While I generally think of action-RPG's as bastardizations of both forms, this game succeeds where others don't because it doesn't force anything onto the gamer. As we near the end of the PS2's life as a "current gen" console, every PS2 owner should at least rent this game. It gives you the X-Men in a fairly true-to-the-comic storyline; don't worry, it's miles ahead of X-3 in entertainment value.

As the story goes, Apocalypse is on the loose. No, seriously, what are you still doing sitting there? If you know the Marvel Universe, you'll know this means bad news for...well...everyone. The good news? This means baddies (the Brotherhood, lead by Magneto) and the good guys (the X-Men, lead by Charles Xavier) are teaming up to save not just mutants, but the entire world. So if you've always wanted to see Nightcrawler saving Juggernaut's ass, this is undoubtedly the game for you.


Gameplay: A+ If you need one and only one reason to play this game, it's the sheer fact that it's a ton of fun. It can be a button-masher or a more complex combo fighter, but the meat of the game involves achieving certain plot objectives while dispatching hundreds of lesser henchmen. You do this with a four-person team, selected from 15 Marvel characters (including mega-favorites like Wolverine & Magneto, but also lesser-knowns like Sunfire & Scarlet Witch). The addition of the Brotherhood to the playable characters is a nice touch and the mission briefings often touch on the fragility of this alliance.


Combat-wise, each character has a regular attack (X) and a heavy attack (O). The combination possibilities are simple, but effective; X, X, O is a pop-up attack, lifting an enemy into the air, while O, X, O, O is a stunning attack, giving you a couple precious seconds of undefended assault. Of course, the benefit of this being an X-Men game is the use of mutant powers; by holding down R2, you will be able to use one of four mutant skills (each coinciding with one of the regular buttons and having to do with a specific mutant's powers). These make combat endlessly more entertaining and when two mutant powers are used at the same time, a combo occurs, increasing damage delivered and experience gained. As levels are gained, skills can be upgraded and/or replaced; not all skills are used in battle, either. Some are "passive," which means that they give the character a boost in stats or otherwise. This, the application of equipment, and AI control are about as far into the RPG genre as this game goes, but it works. Since you only control one character of your party at a time, AI control is how you (generally) have your party all on the same page; it works similarly to the Gambit system in FFXII, inasmuch that it provides parameters for what a character will do in certain situations. The ally AI ends up being pretty helpful so that you're not always wasting Energy Points (which are needed for mutant skills) on the simplest of goons.

Completing plot objectives is fairly straight-forward and mostly revolves around destroying something of value to Apocalypse or locating a specific mutant. If it sounds dull, I don't mean it to; these objectives vary enough, along with the game's areas, that they rarely feel repetitive. Maps are easy to navigate and usually help the gamer get a good bearing on where he/she is. Mere description of the gameplay engine doesn't quite sum up just how fun it is, though. The reason why this game is a blast to play is quite evident as soon as you pop it into the system.

Graphics: A- The choice to make this game cel-shaded seems peculiar, at first glance. The style of graphics seems more suited to platforming games (e.g. Sly Cooper) or as a distinguishing feature (XIII). However, the graphics deliver nicely. While they're not quite as sharp as the Xbox version, they're quite up to par. To be honest, our mutant friends look pretty cool in cel-shaded duds and the option to switch skins for the characters is a perfect use of the graphics engine.

The game is divided into five acts, each of which is based in a different basic area. From New York City to the Savage Lands to Egypt, the areas' rendered backdrops all look cool, if not as mesmerizing as those in more recent high-budget games. Each one perfectly sets the tone; even the area-specific enemies fit, visually, into their respective backdrop. So despite the fact that the game's graphics are not what we have come to see as cutting-edge, they succeed in giving the game the right look AND feel. That's some of the highest praise I can dole out.

Sound: A- The sound is unremarkable, but well-done. Simply, that's more than good enough for a video game. One of the songs, in Apocalypse's temple, actually made me wonder where I could download a copy. Music and sound effects in Legends II don't jump out at you, but they certainly don't bog the game down any. Moreover, the voice-acting is above-average; the cast includes Patrick Stewart, James Arnold Taylor (of Tidus fame), and Lou Diamond Phillips (!!!!) and rarely falls into campy self-parody (note: I didn't say never). Because the sound doesn't get away and excels in small doses, it gets good marks from me.

Learning Curve: A Legends II is extremely easy to pick up and start playing. The aforementioned combat system lends itself everyone, but because it's still marketed at young adults, there's nothing extremely complex. Even picking up the ways of manipulating AI and using different mutant skills should not take you long. If used properly, the Danger Room adds to this, giving the gamer extra practice, should he/she need it.

Replay Value: B+ I'm not big on replay value for most games (especially action games, which often fall into rental-only category for this category). However, Legends II offers plenty of incentive to play the game over.

For one, it's no walk in the park to collect all the homing beacons, data discs, etc. during one playthrough. I decided to collect those that I could and use my New Game EX file to focus specifically on all the sidequest-ish stuff. Moreover, you can create an entirely new experience the second (or third) time around. The game is much easier if you stick with a four-person squad throughout rather than rotating people in and out (think about it: why spread levels and equipment evenly among 15 characters), so in subsequent playthroughs, you can diversify your mutant allies and choose four new main fighters (with any gaming prowess, you'll also unlock 3 extra characters, which gives you enough characters to have almost 5 completely unique playthroughs).

Overall: A- If you didn't get the message, the game is a hell of a lot of fun. I can't see finding any real gripe with it; loading times are a drag on the PS2, but they're not frequent enough that they really detract from the gaming experience (they irk more than anything). Unlike past cash-ins (super heroes = super bucks), Legends II makes great use of the Marvel license and should be a welcome addition to any PS2 library.
Review Page Hits: 0 today (343 total)
mediahook