An Ys-y Choice for RPG Fans 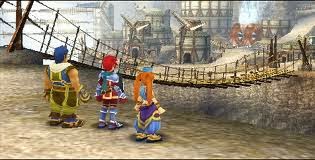 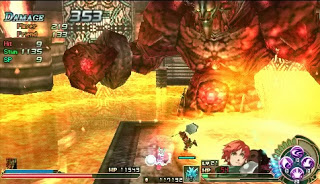 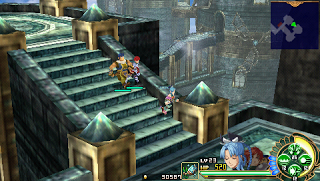 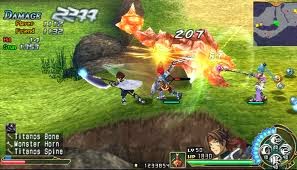 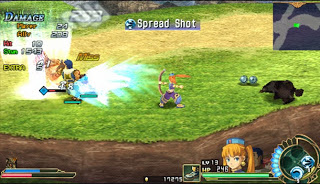 For those who missed out on having an abundance of RPGs easily accessible to them last generation, all they had to do was look towards handhelds like the Nintendo DS and the PlayStation Portable. There you could find a veritable cornucopia of RPGs for all tastes. The Ys series was one of those series that was available on the PSP in multiple games. The final Ys title to be released on the PSP was a brand-new Ys adventure, Ys Seven. Is the game seventh heaven for RPG lovers?

Series protagonist (though not the same exact person in each Ys game-- think Link from The Legend of Zelda) Adol Christin and his traveling companion Dogi head to the land of Altago searching for adventure. In an altercation with the capital city's Dragon Knights, they wind up in a jail cell. However, the king knows of their heroic exploits and requests that they investigate the various earthquakes that have been occurring across the land. Although the story is simple in concept, it offers plenty of twists, rising actions, climaxes, and falling actions to make for a plot that is seldom, if ever, yawn-inducing. It's an enjoyable story overall, and it makes you want to keep pushing through the game to see its conclusion.

Ys Seven continues the action RPG gameplay of the series, offering something new to the formula, the ability to have a three-person party. You can freely switch between your current three active party members at any time. This is necessary, as most enemies are vulnerable or strong to one type of weapon over another. For instance, heavily shielded enemies-- perhaps those with thick skin-- take the most damage from Dogi's strong pugilistic punches while flying enemies go down pretty easily with a series of arrows.

Having three party members also makes it so when one party member has low HP, you can switch to the next to keep the battle going in your favor. This is particularly important in the game's myriad boss encounters, requiring you to pick up on the patterns of the massive foe or suffer your untimely demise.

Non-boss battles happen seamlessly through exploring Altago, having monsters appear as Adol's party gets within the vicinity of them. However, this vicinity is so nearby to enemies that it seems that monsters just appear out of thin air. It would have been nicer to see monsters from far away so you knew what you were about to get into. Nonetheless, you could theoretically run away from every enemy in the game except scripted encounters. Of course, that would make the game quite difficult!

That said, the combat system in Ys Seven is incredibly fun and rewarding. Aside from switching in between characters, you can evade as well as dodge a foe's attacks, both invaluable moves if you plan on surviving encounters. Additionally, you can attack enemies with combos, charged attacks, and even unleash skills onto foes. These skills are obtain through equipping weapons, and they can be learned through continued use of a given weapon holding the skill. These skills can be used as long as there are enough skill points (SP) available. This can be regained through attacking enemies. Skills can be leveled up to increased their power.

Defeated enemies not only leave behind experience points for Adol and his various companions (an obvious established feature of most RPGs), but they also leave behind money and crafting materials. These materials can be used to synthesize new weapons, armor, and accessories at numerous shops around Altago, and they can also be traded to NPCs as part of quests.

Quests are an entirely optional part of Ys Seven. However, completing each quest usually results in acquiring money or a helpful piece of equipment or item that can't be found anywhere else within the game. Whether the quest is finding a series of synthesis materials for someone or taking out a certain boss, quests add some replay value to an already 15-20 hour game.

Altago features many unique landmarks and destinations throughout its borders. From towns to dungeons, caves to shrines, there's a lot to venture through in Adol and the gang's adventure. The land is fairly large, but the eventual ability to fast travel makes journeying much less tedious than it would be otherwise.

Exploration is a big part of Ys Seven. In the lengthy dungeons, there's plenty of treasure in chests to uncover, puzzles to solve, and enemies to defeat. Many dungeons require you to have a certain item equipped to advance, such as special boots that allow you to pass through spiked floors, or a cape that grants you the ability to ride on gusts of wind. Then there's the ability to breathe underwater or even walk on lava. Yes, the dungeons take some time to complete, but being able to save at any time outside of boss battles and story segments makes for much less hassle. It's perfect for an on-the-go gaming experience or a marathon session in the comfort of your own home.

Ys Seven is a more complex creature graphically. The game features shifting camera angles to create a more dynamic presentation in the game. This is a sharp contrast to past Ys games where the camera was relegated to an overhead or static angle. The new camera system opens up the game for more jaw-dropping visual moments than in past Ys games. Characters and monsters are well detailed-- a particularly nice touch is that when characters change weapons and shields, it is represented in battles and in adventuring around Altago. Unlike The Oath in Felghana, there is next to no voice acting in the game. What little there is comes from shifting between party members, and that is just the same one line of dialogue for each character. The music of Ys Seven isn't the best the series has to offer but is pleasurable to listen to inside and outside of the game. Falcom certainly upped their game with Ys Seven and it shows.

Overall, Ys Seven is one of the best installments the Ys series has to offer. From its engaging combat system, to its interesting story, to its beefed up presentation and copious amount of exploration, Ys Seven delivers on nearly every front. Some technical issues and excessive backtracking mar the experience, but those issues are relatively minor in the grand scheme of things. For PSP owners and/or fans of great RPGs, Ys Seven really is an Ys-y choice for a game to add to your collections.
Review Page Hits: 0 today (191 total)
mediahook