This review will tell you everything you need to know about this great Advance Wars Clone for the PSP! 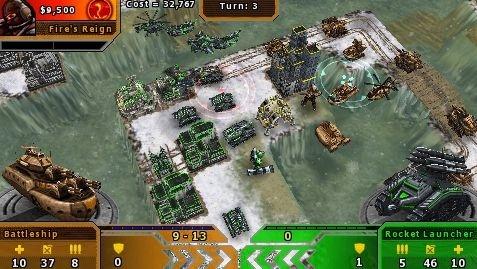 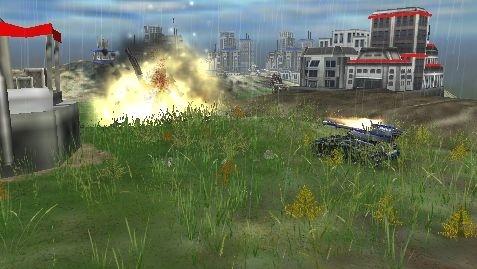 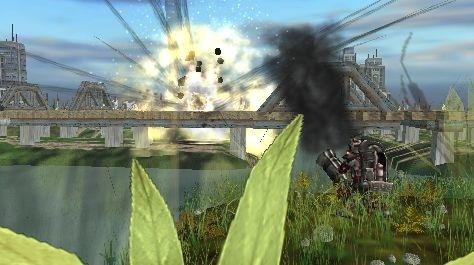 Field Commander is a great wartime strategy game on PSP that is similar to Advanced Wars: great for anyone to play, and a fun, challenging game that makes you think while playing!

Story: ATLAS, an advanced organization built to fight covert groups that incite wars and promote trade in the black market, has recruited you. You missions vary from destroying all enemies to capturing the enemy's headquarters. You can fight in the air, in the sea or on land, and there are many different types of units to control, including tanks, half-tracks, infantry, snipers, tank busters, utility copters, Spec-Ops, trucks, anti-aircrafts, and more. I give this an A-.

Graphics: When moving, the view is an eagle eye's view, but once you attack or get attacked you move to a spectator's view. The graphics are pretty good, but do have room for improvement. The eagle eye's view doesn't give much detail at all, and though the units look somewhat realistic, they're not mind-boggling detailed. This might be the worst thing about the game, and considering the graphics are not that bad, that's a good sign! Despite the lack of detail, the animations look great and the environments are polished and look beautiful. I give this a B.

Sound: The background music that plays during the game fits perfectly, as it's typical war music. Sort of like the music that plays in Halo or a game like that. The voice-overs are great, with each of the game's 30-plus characters having their own unique voice! There is about 40 minutes of dialogue in this game, ranging from briefings to overviews. This is a great part of the game, so I give it an A.

Gameplay: Field Commander is a game where you can pick up and play, and when you need to go, you can simply save anytime to play whenever you want! In other words, you can save in between missions. The controls are easy to use and to get used to. Maybe 20 minutes at the most is needed to get comfortable. It's not confusing at all, and once you get the hang of it, you don't feel like stopping! During missions, you are assigned a particular objective, like some stages where you destroy all enemy units, or others that require capturing the enemy headquarters, which takes several turns of waiting on the base and clicking capture. And other objectives include surviving a certain amount of turns.
Also, the loading times in this game are great, except for in the beginning where it takes around 30 seconds to load up. After that, while starting a mission, the loading times are a mere 15 seconds at the most! For these reasons, I gave it an A-.

Difficulty: This game can get somewhat frustrating, as well as difficult, and at times you're going to get stuck. There's no way to change the difficulty, so you just have to keep on trying until you finally win. It usually took me three or four attempts on every level to win. It's a little harder than the normal PSP game, but still manageable, earning itself a B.

Multiplayer Options: This may be the BEST part of Field Commander. It features four different modes: Hot Swap (where two people take turns playing each other on one PSP), Ad Hoc, Infrastructure, and Transmission. You can upload and download stages that other users have made, giving Field Commander eternal replayability. There are also leader boards that show a number of wins and losses to see who to play. Be warned though: multiplayer games take as long as 2 hours to finish. My first game took an hour and a half and I never finished it. This part of the game is great, earning a well deserved A!

Replay Value: As I said above, with the ability to make and share user made levels, this game has eternal replayability. The campaign mode takes a while to beat, but once you're done with that, you can enjoy all the online courses. You can also take the time to read about every vehicle. Once you see a new vehicle, the game gives a LOT of information about it: useless, but interesting. But it is easy to do, since you simply press Y on the unit, and you can see the information! So, Field Commander definitely gets an A+ on this part!

Overall: Field Commander is a great addition to your PSP collection and one of the best games out there. As I said above, everything you could want in a great game is here: great multiplayer options, eternal replayability, easy, simple controls and more.