Runaway 2: The Dream of the Turtle (PC)

In one word - "painful"; in two - "very painful!" An average point and click adventure. 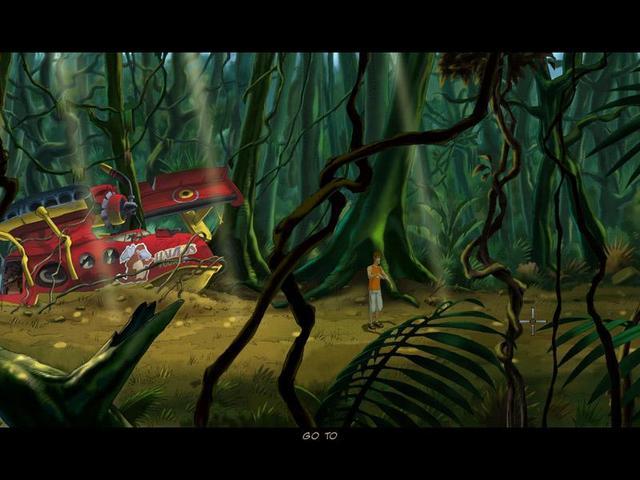 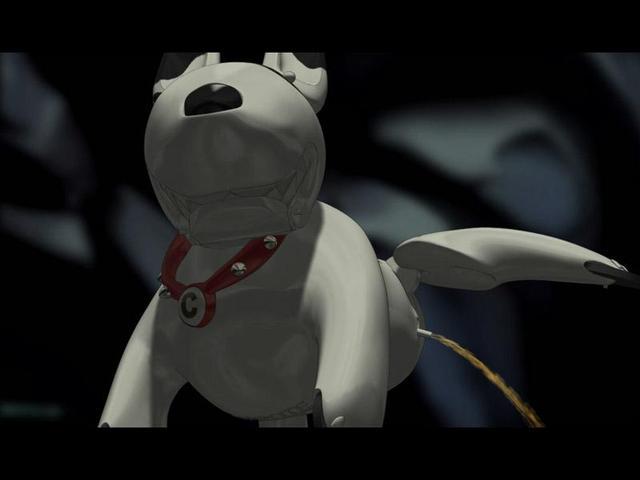 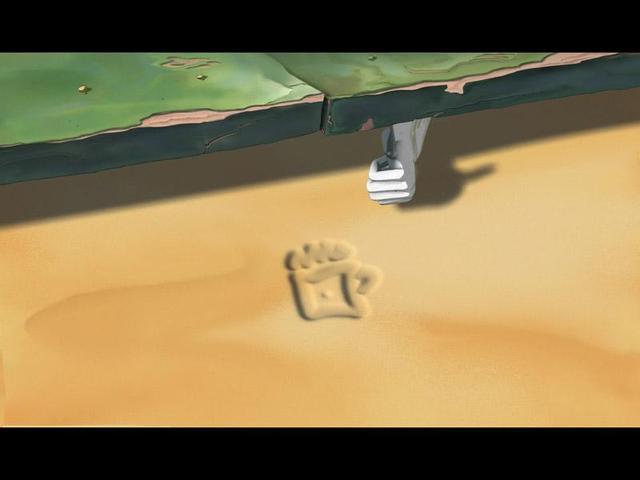 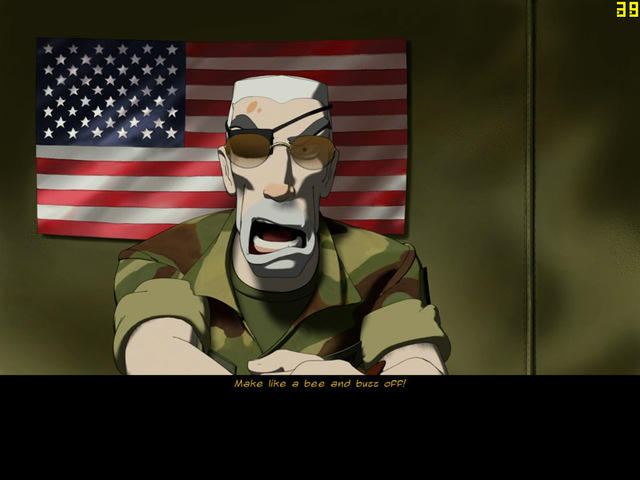 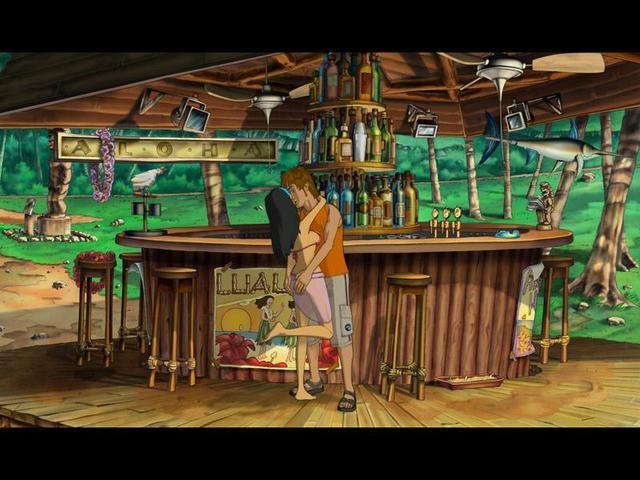 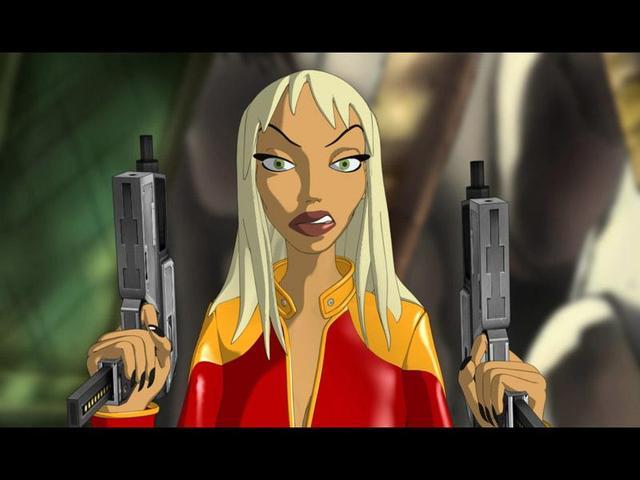 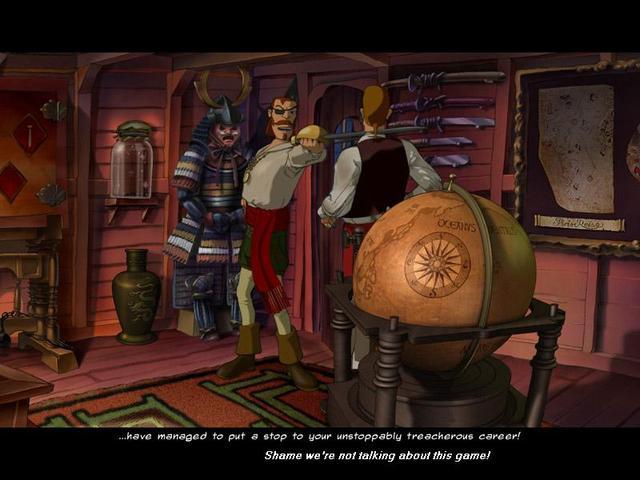 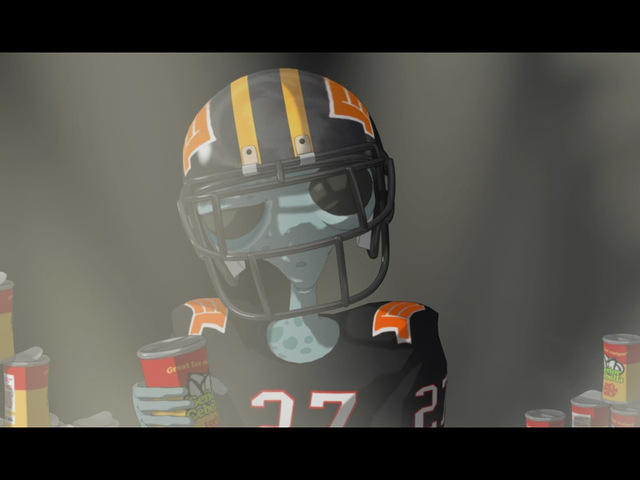 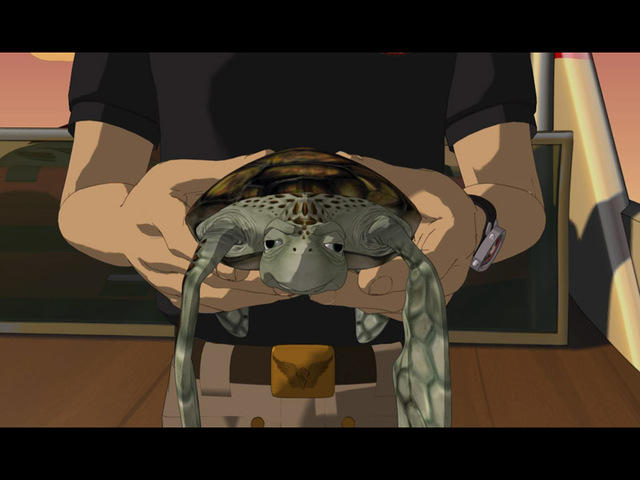 Where do I start with this title? I suppose the first thing is to warn those that seek it! Whatever you have heard, it is not worth playing the game. I see on the "Most Wanted PC Game", that Runaway 2 is ranked 5th (Thursday, 30 August 2007). People want this diabolical virus, that has the nerve to call itself an adventure game. But the thing that really annoys me is that Broken Sword 3 is no longer there.

Please people; I beg you, drop this game. I suffered through this game in the hopes that you will be informed. Go for Dreamfall, Grim Fandango or Broken Sword 3. These games are far superior, and I will tell you why.

The story starts with a "struggle", this sums the whole game up. We see our main character in a doomed plane, wrestling and eventually throwing a woman out. A bit of mystery, suspense, and action. A good start! However, it is short-lived, as the next scene explains everything.

Brian Basco, forced by his girlfriend, Gina Timmins, takes a plane trip to a tropical paradise. However, things get worse when the aging pilot appears to have died. So Brian puts the parachute on his girlfriend and throws her out. But of course she doesn't want to leave him.

Why bother setting up this kind of story opener, if you are going to spoil it in the next scene? What is the point? Alas, I am afraid this is how it is through out the whole game. It does not give you time to ponder, to draw your own conclusions and then shock you with the truth.

The puzzles are not much better either; they tend to be more annoying than difficult. The problem lies in the Learning Curve of the puzzle, sometimes it will not allow you to do it the right way until you are wrong first. After the plane wreck in the jungle, you find a certain number of helpful objects. A couple of clues later and you know what you have to do to get out of the jungle.

You pick this little robotic "Capotye" dog, which does this neat peeing trick. But there happens to be a pesky Lemur in the way. So I tried to fill the "Capotye" dog with a bottle of whisky that I found in the plane. Then the Lemur will drink the whiskey out of the peeing "Capotye" dog. NOPE! The correct way, is to solve another set of puzzles to find bottled water. This is the wrong way but works, now you can try the whiskey and complete the puzzle.

Every player is different and some will know the solution to a puzzle, especially if you are an avid fan of this genre! it will annoy you to know the answer but are not allowed to do it. Especially as this kind of "wrong solution first" is common in nearly all the puzzles in the game.

Later on, you find out the neighboring town ran the Lemurs out for stealing drink. And that the Lemur is trained enough to draw a symbol of a beer in a glass. So why on Earth could I not just give the whiskey bottle to the Lemur in the First place?

The formula is very apparent, and most cases very long winded. Good adventure titles distract you by being Funny, Clever, and Intelligent. But Runaway 2 has none of these qualities. This is a cruel thing to say, as it does have its moments. However, these are rare, whereas the annoying parts will haunt you.

After the crash, you begin rummaging, and come across a line like this:
"I'm not interested in blankets. I don't think they even have a winter around here..."
"...Something tells me these snowshoes will come in handy, anyway."

Sadly, you will meet more of these contradictory comments through out the game, some more blatant than the above.

Then there are puzzles just for the sake of having them. Later on you meet a half-Japanese friend, called Joshua. During your "memorable" time together, Joshua is hungry and decides to eat wild berries. You need to cure him, which is raw salmon, but he refuses to eat it. There are two this wrong here, Japanese -- Raw Fish and a cure to make him better. If I had a fever, hallucinations, vomiting and pains. Hell, I would happily dive in and eat the fish, underwater and still swimming, if it would cure me.

Finally, after convincing him that sushi is raw fish (don't ask). He still will not eat it unless you prepare it. This means another lengthy set of tasks to get chopsticks, salmon, nori algae, and a bamboo place mat. This is highly annoying, as it feels like the writer got sloppy and started to make things up.

At this point Joshua is F-ing lucky he does not get a clap around the face for eating wild berries in the first place. Instead, you have to arse around for half an hour trying to prepare a delicacy with place settings and all.

And off Brian goes to do another 101 things to procure a bottle of Sauvigon blanc.

From then on it was a case of autopilot. I knew I was near the end, and just droned through. I wish I had a picture of me; hand on face, elbow on table, and an expression that signify that I wanted to end my life.

Trust me when I say it does not get any better. More dribble-some text, unfunny jokes and a soul crushing spirit that only comes with prolonged torture. What is worse is the developers decide to squash all the cut scenes into the last quarter. So you have to sit through a good half an hour of cut scene after cut scene.

Am I going to say the game is completely rubbish? No, I have been a little harsh at times in this review. Unless you're a die hard fan of this genre, this is not the game for you. And even if you are, consider buying/trading for something else.

As for the ending? Do you rescue the girl? Find out anything about Brian? and know what "Dream of the Turtle" is all about? The answer is NO! Well the last question is a "sort of", but it has to be the worse explanation I have ever heard! But the open ending is there for a reason ... Let's just say the SERIES is not over!

I would describe this game as a blonde bombshell. Very easy on the eyes, but has the personality of a frustrating prick teaser with nothing going on up stairs. If I were you, I would stick to the homely type with a nice face, the one that respects you more.
James


On a Technical note:
This game seems to be very inefficient. It has one of the slowest frame rates I have ever seen on a game (ranging from 10 -- 25). While this is not necessarily a bad thing, as you only need around 15 -- 18 frames a second to fool your eyes. While graphically beautiful, I just cannot see why this game should run at a low frame rate. If you have the minimum specifications, you might notice some jerky screen movements.