An import game well worth playing. 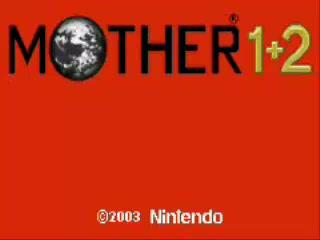 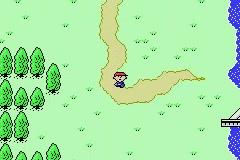 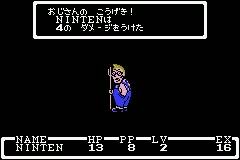 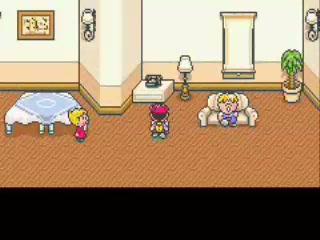 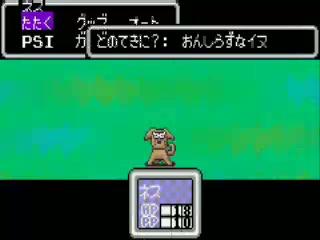 EarthBound. One of the most popular yet one of the most neglected series in the Nintendo world. Known as "Mother" and very popular in Japan, the gamers of North America only received the second game in the series, and those from Europe received no game at all. Altogether, the rest of the world would have missed the series outright if not for EarthBound's protagonist, Ness, participating in "Super Smash Bros." We learned that there is more to EarthBound than meets the eye.

Here we have two games: One is EarthBound (Mother 2), and the other is its prequel, Mother (also known as "EarthBound Zero"). This is basically two games in one! Rereleased for the Game Boy Advance! They are both RPG games with a twist: They are set in the modern world instead of a Final Fantasy-esque setting. Meaning you use baseball bats and frying pans instead of swords and axes; Hats and magic coins instead of cloaks and armor. Psychic powers instead of magic. And both with a zany story to boot! One kid gets attacked by a poltergeist, and the other has a meteorite land near his house! And they set the heroes off to save the world from extraterrestrial beings!

As mentioned before, they are RPGs. Meaning you have a long yet detailed story with power-ups, EXP points, friends to join you, new weapons to buy, magic (or PSI) to learn, etc. The biggest fall factor here is that, considering this is Japan-only, you'll have to read through a LOT of Japanese. A big chore for the non-Japanese speakers, yet for those of you who played EarthBound and the EarthBound Zero prototype, you might be able to get by. Once you learn the games, you'll enjoy the zaniness in it as well.

The graphics and sprites are very faithful to their original versions. In fact, it seems that it almost RIVALS the original versions! Keeping up to detail for the GBA. People may not think so, but Nintendo actually did a very good job in this area. For those of you who played Mother, you may notice sprite changes between this and the original. The sprites are taken from the English prototype. Mother 2 remains unchanged.

The music itself goes real well, but it also feels compressed compared to the originals, with EarthBound getting the worst of it. Despite the drawback, this area goes a real good job compared to other GBA games. The tunes are memorable as ever, and some of the tunes really stick to your head.

Despite the compressed music and Japanese language barrier, this game is twice the RPGs, twice the wackiness, twice the wonder, and twice the fun! And the best part is that there's no region protection, meaning that you canplay this game on any GBA! For an import, this really hits the spot for EarthBound fun! Well worth the money and importing. This may be the best approach to EarthBound as we can get!