A game you can first sink your teeth into...Which will leave a terrible aftertaste 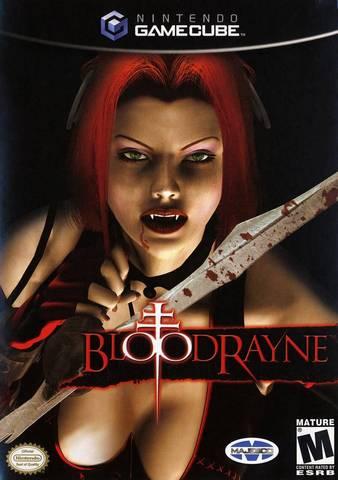 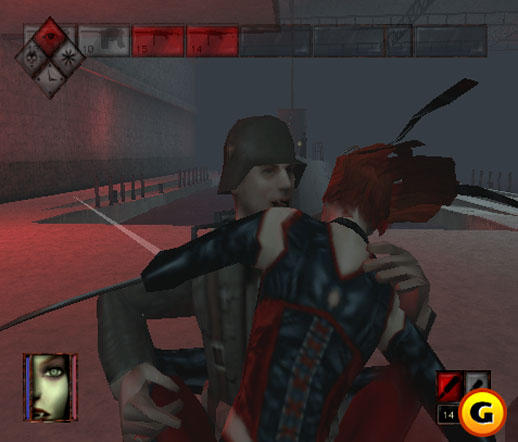 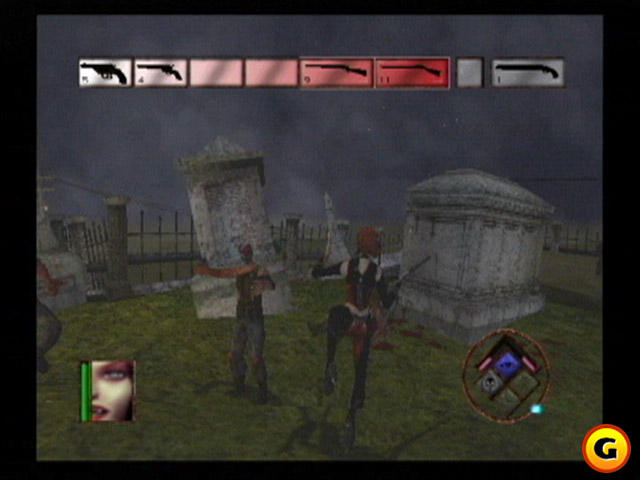 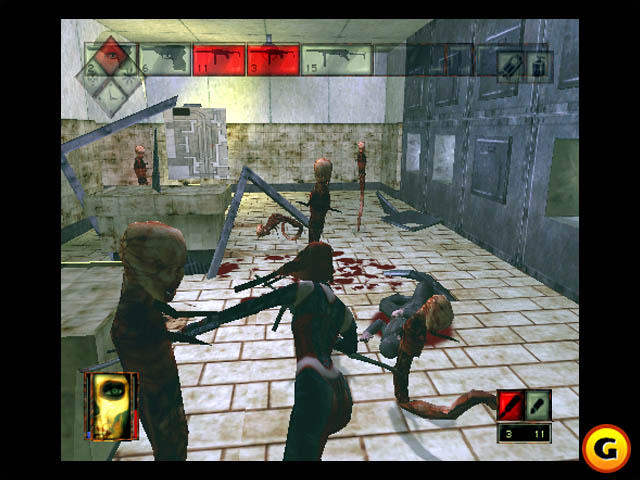 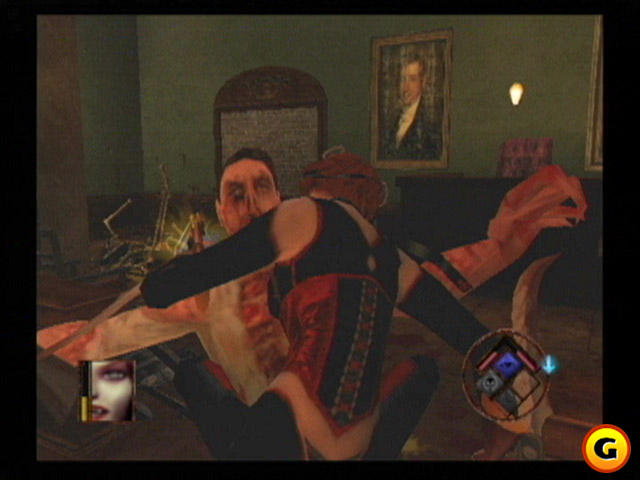 I'm going to get going so let me get you right to the story:

It is the 1900's and you are a hot half-vampire, half-human Agent Rayne. She is dedicated to stopping the forces of evil in the world, and finding her father. That's about all you know, seeing as how the game sucks at describing the story to you. But anyway, let us continue. Through the first parts of the game you will be in Louisiana hunting down mutants and spider type monsters, searching for the source. This is a very short phase of the game, as the game then turns into a Nazi blood fest. This game completely steals the synopsis of the Wolfenstein series and speaks of the Nazis acquiring some sort of ancient unspeakable magic...Yada yada yada. It already begins to get boring and it gets worse from there. The rest of the game pretty much consists of you hunting down Nazi officers, the exact same boring things pretty much the whole time. So if you gotten that, allow me to move on to the pros and cons.

Interesting protagonist: Yes, Rayne is pretty interesting. Compared to everyone else her lines are spoken much better, and she has an in-your-face attitude that makes her someone you can get behind. She even gives some Nazis the middle finger at the end of the game. She is pretty much a cool Nazi killing machine.

Weapon variety: Throughout the game you will find a crap-load of guns to choose from conveniently dropped by the Nazi fodder. Machine guns, magnums, pistols, grenades, dynamite, missile launchers, the list could go on. A much greater variety than most other action games at this time.

Unique abilities: You will unlock a wide variety of new abilities as you progress through the game: the ability to slow down time, new combos with your swords, zoom in, infrared. All aren't gimmicky and are actually very helpful. And one more, you actually suck people's blood to regain health, which is awesome and never gets old.

Now it's time to roast the hell out of this thing.

Clipping issues: Yes, quite a big problem in this game, you'll be walking through some walls, missing enemies, falling through surfaces, yuck. I wish the programmers would have worked some of these problems out before releasing the game, as it would have made the experience much better.

Boss fights: Incredibly boring because you pretty much do the exact same thing for each boss: Hack hack hack dead repeat. There is nothing unique about them, and they rarely even show an attempt to make each unique. They just get bigger and take a little more time to kill each time.

Voice acting: Besides Rayne, the voice acting is TERRIBLE. They are almost Resident Evil esque, and will make you want to gouge your ears out with a spoon.

Bad ending: Nothing kills a game like a bad ending, and unfortunately, Bloodrayne is one of them.
You kill the final boss, then Rayne walks away...That's it...Nothing else. Stupid right?

Way too easy: Besides one or two sequences this game is a cake walk even on hard which I was playing on. To get more health all you need to do is suck blood out of an enemy in front of you. I only died 4-5 times the whole six hours, and 2-3 were on accident from falling of a cliff. Also, enemies just bow before you as you destroy and rape them mercilessly as you ignore their cries for mercy. You just keep mashing L and they'll all be dead.

Stupid enemy AI: Some enemies will just stand there while you beat them up, some don't notice you as you walk past, and others just miss a lot with their guns. I tell you, the Nazis are screwed if their army is the stupid.

Storyline: Last but not least, the storyline is just dumb. The Nazis try to recover a relic to gain tons of magical power and control trying to take over the world. It's so unimaginative that it's laughable.

Bad navigation: You use a mix of sight and blue dots on your map to determine objectives. These conflict since you can't tell where/what level targets are on, so this results in a lot of boring backtracking that isn't needed.

Well in conclusion, the game wasn't the worst one I've ever played, and it was at times fun, but to get there took hours of monotonous stuff. It's now about $2.99 used so I recommend getting it just to try it.