Hyped as a direct competitor to Modern Warfare 2, is Bad Company everything the 2009 hit wasn't? Or is it just another one of the "CoD Killers" that failed? 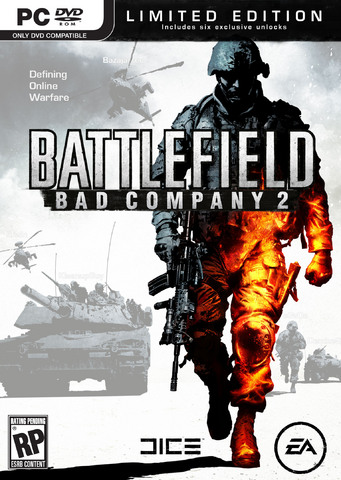 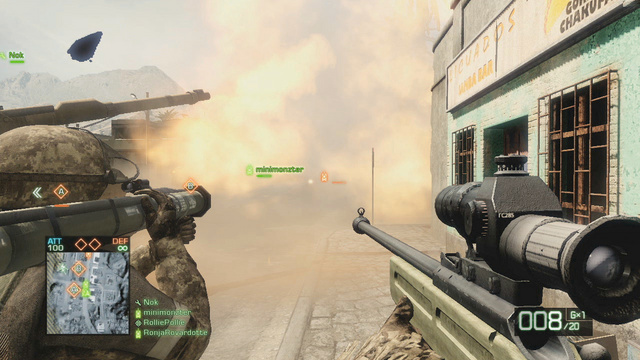 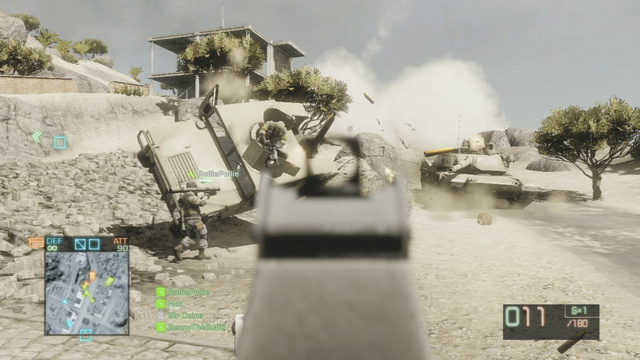 Getting right to the point, Bad Company 2 was hyped to be the one game that could stand up to the mega-seller, Modern Warfare 2. Even though I consider the two to be like comparing apples and oranges, it's obvious that throughout the game, DICE put forth its best efforts to make BC2 as memorable of a game that MW2 was for some. I'll explain more of that later.

As far as story mode goes, I'll get right to one of the cons I mentioned: it's not that memorable in terms of actual story, in my opinion. I never finished the first Bad Company and haven't checked any spoilers, so I'm not sure if there was a cliffhanger that I missed.

The game starts out on a prologue level back in the 1940s around Japan on a top-secret mission, "Operation Aurora". It's half tutorial level, half set-the-plot-for-most-of-the-game, and focuses on a super-weapon, at which point the game shifts back to modern day.

The Bad Company squad returns from Bad Company 1, and you're put in the shoes of Preston Marlowe, alongside Terrence Sweetwater, George Haggard, and Samuel Redford, on a mission to find a device believed to be related to 'Aurora.' The game's campaign is rather short, so saying much more than that would probably be spoiling some things.

With the summary out of the way, I can get on to the review.

Story: 3 or 3.5/5
As I mentioned before, I never finished the original Bad Company, so I'm not sure if there's a cliffhanger or something I missed, so I'll be reviewing BC2 like it explained everything I need to know.

First off, I'll give the game some credit for the humor and cutscenes. Being a big Call of Duty fan, I'm not used to seeing those kinds of things in an FPS too often. That being said, there was nothing in the storyline that surprised me too much, and, to be honest, by the time I got to the end of the game, I was surprised that I had finished it. That's to be expected in an FPS, I guess, and CoD4/MW2's campaigns were equally short in length, but it's obvious in the end that the ending was set up to make sure there's room for a Bad Company 3 (similar to what Gears 2 did, but not as bad). The characters in the campaign were great, though, and DICE did a good job of adding a personality to each one, as opposed to everyone being tough, emotionless military men for 90% of the game.

Graphics: 5/5
Hands down, it's one of the prettiest damned games I've ever seen. Right from the great visuals, using the newest DirectX11, right down to being able to blow up, down, or sideways, almost every building you see, the Frostbite engine does not disappoint. It's one of the times where the graphics engine actually affects gameplay. Got a bunch of enemies holed up in a building? Call of Duty's method of solving this: Fire blindly through the walls with an LMG. Bad Company 2's method: Blow the building down with a few C4 and get two or three destruction 2.0 kills with it. It comes at a price of being one of the most demanding games in the world right now, but that's to be expected, and can't really be considered a bad thing for the graphics category review.

Sound: 4/5
From what I heard of it, the music is good, but most of the game's sound revolves around sound effects and radio chatter.

I'll admit right off the bat, and this is in my opinion, that I felt the voice-overs were lacking a bit. It seemed like they'd insert profanity randomly in just to make up for it, and at times it sounded like it was just someone reading lines off a script without trying to put emotions into it. That's just nitpicking, though, and the radio comms in multiplayer aren't bad at all.

On the sound effects category, they did a great job. Proximity sounds tie in well with multiplayer, as you can hear someone close to an objective if they're firing, or even if they're yelling out something (for example, an enemy running out of ammo yelling out I NEED AMMO right next to you) About the only thing I disliked were the horns that play in Conquest mode when you're losing. I guess that's just a little more incentive to win, though.

Single player, although it's not the best single player I've ever played, was fun, although extremely unforgiving, even on normal difficulty. You feel like the game's putting you in a remote location, surrounded by enemies who aren't always out in the open, adding in two helicopters, and saying "Good luck, I believe in you!" and then sitting back and watching you get shot. It's a challenge, and gets frustrating towards the end, but after a few thousand reloads of a checkpoint, you get an idea of where the enemies are.

Multiplayer is a whole different story. It's the one game I know of that has objective-based gametypes I can actually enjoy. You've got Rush, where you're attacking or defending the bombs, which, no matter what side you're on, brings the fight (and the occasional ATV, tank, or heli) right to your doorstep, and then there's Conquest, which is a matter of either running around from base to base killing people who try to take your flags, or committing to defending one until the round is over. Generally I can't stand objectives, since I strongly believe that kills matter a lot less when you're supposed to be capturing a flag/headquarters/bomb or something else, but when your entire point system in every mode is based on how many deaths each team has, it becomes a lot more important to stay alive, and get kills.

Another thing that I've never been able to tolerate in games is generally a lot of heavy vehicles. At first, it's frustrating to take down a tank, but after a few deaths you realize it's a matter of two C4 and running away to detonate. It's just a matter of getting in the tank's blind spot, and moving faster than the turrets can spin.

One thing I do love, and consider an improvement over Call of Duty's method, is the create-a-class system, or rather, the loadout. Instead of being limited to a few different customizations, you can pick any class, and any gun, any time you choose, and go with it. Since the game's got a challenge system that gets you pins for doing things like taking down x number of tanks in a round for example, it's great being able to switch to C4 as soon as you realize a tank's closer than you think. And I've yet to see Call of Duty get some extreme perks like a mortar strike,

One thing that can make or break a game (in the "let's play a game/round of Bad Company" sense) is the teamwork. In deathmatch type games it's less important, but you've got a game like Bad Company here, which is based on attack and defend 90% of the time. You suddenly realize that communication becomes a lot more important, and that having 4 assault classes front-lining it when the enemy has two heavy tanks isn't going to help your team, because when a grenade launcher meets a tank, the tank wins. If you get a good squad that communicates, you can pull a whole 16 man team to victory with just four people, but on the other hand, if that squad repetitively goes out and gets killed, you're going to find the game being over very quickly. It's a bit of a risk, but it's part of the gameplay, and personally, I love it.

It's the Frostbite engine. It rivals the CryEngine in terms of being a killer of mid-range PCs. You're going to need some serious hardware to max it out. I play on...

The game's very, very CPU intensive. A dual-core is, 100%, going to limit your system. Hell, my old quad-core turned out to be a bottleneck. Phenom II or i5/i7 is a necessity for 50+FPS.

Bad Company 2 and Modern Warfare 2 are basically the most-played FPS right now, and therefore it's only natural that most people will pick one as a favorite and likely almost never play the other, but I don't see the point in that, because the two games are apples and oranges.The gameplay is completely different, and each has things the other doesn't have, or does something better than the other. For example, I like MW2's sniping system over BC2's, but I love BC2's create-a-class a lot more than MW2. It would be a tough choice to pick which I liked as a favorite. I'd likely end up choosing Modern Warfare 2, but that's likely because I've played a lot more of it, but at the end of the day, I can still play both, and Bad Company 2 is still a worthy competitor in almost every aspect.