A budget PSN title you never heard of and guess what... It's not so bad. 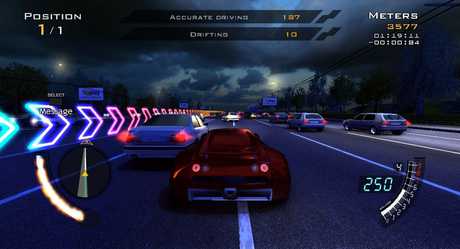 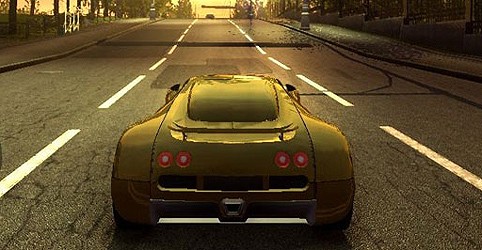 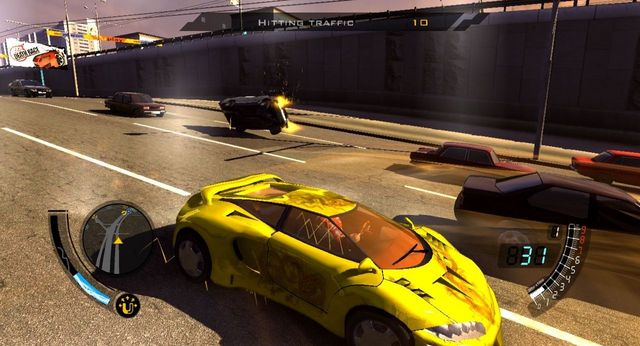 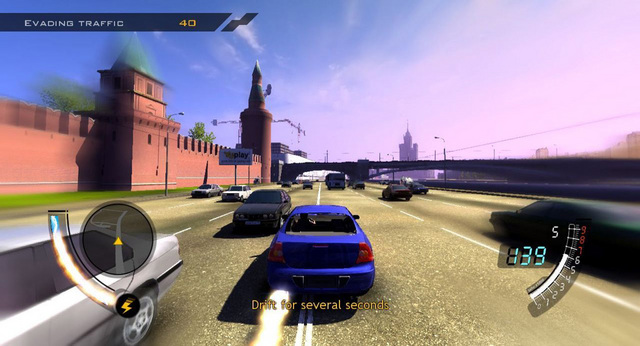 Seemingly out of no where, Anarchy: Rush hour showed up on the PSN store. No fan fair for the game, no previews and not even an announcement until the game was actually released. In today's world of way too much information, a game coming out of no where does not happen often, not even the downloadable type. I was curious about the game because it's only $7.99 and has a platinum trophy, making it the cheapest game with such a trophy. I couldn't find any info on the game anywhere so I said "What the hell?" and bought it.

Since so little is known about the game (even some two months since release) I guess I should probably explain that to you, the reader, what this is all about. Anarchy is a game developed by Gajin Entertainment (whom also made X-Blades), a developer which is based in Russia. The game is a mash up of ideas from some of the more popular arcade style racers out today. If Burnout and Midnight Club got together, went to dinner, drank a cheap bottle of wine and then made sweet, passionate love all night, Anarchy would be the resulting bastard child of a failed one night stand.

The game does start off with what might be the worst intro video I have seen since the original PSX days. The voice acting is bad and the story is downright stupid. Thankfully we are talking about a racing game here, so this is about all the story you get (with the exception of random text messages you will never read) and the fact that it is terrible doesn't have a very big impact on your experience with the game. Once you get into the actual racing, you pick your first car and then go to the streets to race in one of many types of events. The game can be played like the open world Burnout: Paradise but you can also just select racers from the pause menu. You are tasked with racing three different racing "gangs" to get the whereabouts of your girlfriend which disappeared prior to the start of the game.

The race types vary from point A to B races, checkpoint races, anarchy races (score the most points running into cars), death matches, and circuit's (where you take part in two or three races). It's most of the same stuff any video game veteran is used to in their arcade racers. The setting of the game is pretty sporadic with Russia being the most used locale. Due to the games nature of the budget title, don't expect lush landscapes or life like monuments. The world is pretty barren with generic buildings, trees and pedestrians. You will also get to race at the Louvre in Paris and a random tropical island.

The cars are all fake (remember, cheap game?) and they honestly all felt the same with the exception of how fast they went. All of the vehicles included are pretty generic looking and they all fall under the sports car category. You have the ability to paint your car or even trick it out with some wicked awesome accessories like a cow skull (yeah, I'm serious there). The only real performance tweak is the ability to change tires which does offer some variety in how the autos handle.

The game tries to separate itself by giving the player various different abilities with their car. These include a jumping device, on the fly car repair, boost, a shockwave emitter, a quick lunge forward (as an attack) and an air control device. These are the items that help this game to feel a little less generic and a lot more fun. Similar elements have been used in other games but I think all six of the abilities here all for a little more over the top racing that many other games. If not for these abilities, the game would lose all of its fun.

Once you complete the "story line" you can continue to race over and over again with randomly generated events, so the game never really ends. This is a title that that majority of gamers will be OK with passing up, but for race lovers and/or trophy hunters it's not a terrible way to spend $8 bucks. As long as you keep in mind the budget nature of the title there is some fun to have causing a little Anarchy on the streets of Russia.
Review Page Hits: 0 today (213 total)
mediahook