A day that Battle Network fans will never forget. 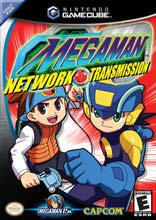 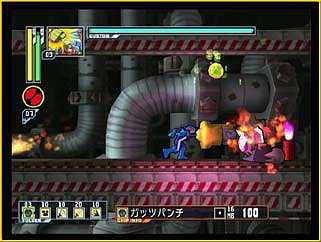 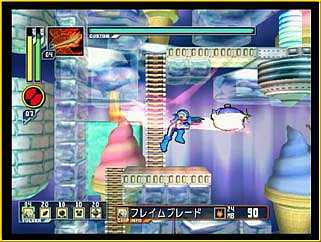 Mega Man Battle Network for the Game Boy Advance was a hit in Japan and in the States. It even had its own TV series at one point and is still on the air in Japan. But the worst part of the series is not the regurgitation of the stories over and over on the GBA, it was the switch to GameCube in the form of Mega Man Network Transmission.

The story starts with Lan and his virtual internet friend Mega Man finding out that some virus has spread all over the net....Zero.exe virus? Sound familiar? Already predicting what happens? You're going to be right, unless you don't have a lick of common sense.

The graphics....are unique. They are 2D in the sense Super Smash Bros. Melee is -- 2D with 3D backgrounds. Unfortunately, the backgrounds are nothing more than rotating gadgets and what not. Not the worst part of the game by far. No, wait, probably the BEST part of the game.

The sound is ONE of the MANY terrible things about Mega Man Network Transmission. The sound will make your ears bleed, the voices will make your brain cell count lower, and you will suffer brain damage from the audio. Leave the sound on AT YOUR OWN RISK.

The gameplay is like any other Mega Man game (run, platform, shoot), but you can occasionally use battle chips (X and Y) as collectible weapons and support items to provide special attacks and other abilities. A meter at the top of the screen slowly refills itself enabling you to use up to 10 chips. This is actually the key to defeating some of the wickedly tough bosses. The game's difficulty is far beyond your typical "hard" games. You think that the older Mega Man's were hard? Wait till you try Transmission. You'll get beat within seconds of the boss fights. That's about it as far as gameplay goes.

The replay value is second to none because if you even finish it, I salute you.

As I pretty much said, awful game, could have been cool, but it wasn't. Avoid at all costs! If you're collecting, go for it. If you intend on playing this piece of crap, go buy a good, cheaper GameCube game