Someone arrives from the future to change the past, but it's no Terminator - and I mean that in the good sense. 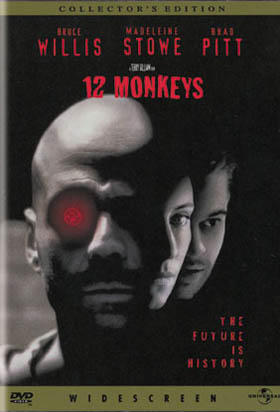 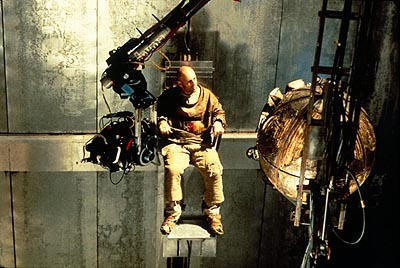 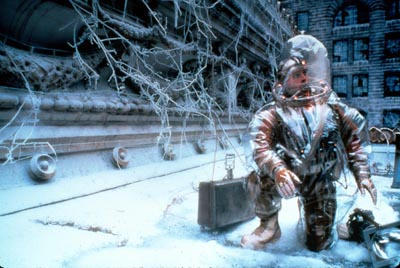 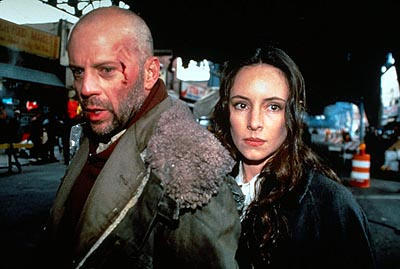 One of the most complex and entertaining SciFi films ever made. The genre is very poor and filled with lame shooters dressed up in futuristic garb, therefore a movie like 12 Monkeys is a breath of fresh air (if one may say that when the plot involves a deadly air-borne virus). A seemingly simple plot is nicely spiced up by several twists and interesting visuals courtesy of Terry Gilliam - best known for his work with Monty Python and movies such as Brazil or Fisher King. Using wide-eyed lenses to distort the close ups and clarify the background, Gilliam has developed his own technique which gained him both devoted fans and hardened enemies. Also present in most of his works are strong dislike of bureaucracy and distrust of science - both reflected in 12 Monkeys.

A man named Cole (Bruce Willis), locked up in the mental institution, claims to be a traveler from the future, sent on a mission to prevent a deadly virus from spreading and wiping out 99% of mankind. The only clue Cole comes equipped with is the name of the mystical Army of the 12 Monkeys, which apparently had something to do with the outbreak. No one believes any of his stories, of course but a female psychologist (Madeleine Stowe) decides that he might be more than just delusional. In the same hospital Cole meets an intense but heavily unstable patient (Brad Pitt). Both acquaintances prove to be focal points of his assignment.

Constant jumps in time and flashbacks do not confuse but rather help to slow down the pace and leave time for some contemplation while a small dose of dark humor provides much needed comic relief for this otherwise grim and serious film.

12 Monkeys carries a resemblance to an earlier Blade Runner and latter - The Fight Club, mostly because it implies the existence of the (in this case literal) underground society and questions the path our civilization is walking. It is much deeper than your everyday Hollywood production and while it's certainly not for everyone it's definitely a gourmet dinner for the mind for those who aren't looking for cheap thrills.