The Suffering: Ties That Bind (Xbox)

The Suffering: Ties That Bind is a direct continuation of the original Suffering. Within this game, most of the questions arising from the first Suffering have been answered. A few familiar favorites appear and survival horror fans won't be disappointed. 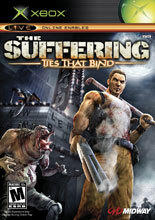 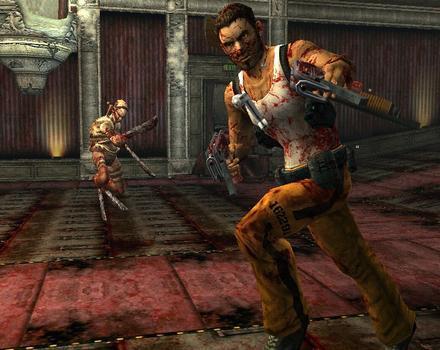 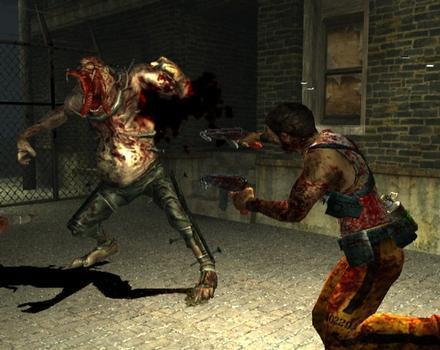 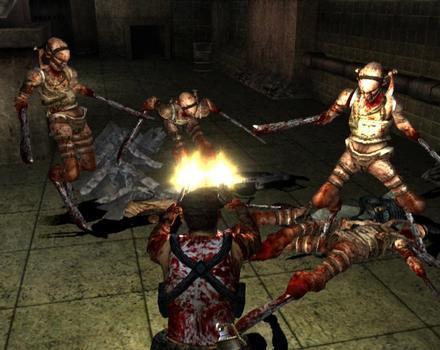 First off, let me say that I loved the original Suffering. It was not one of those games that I waited in line for on launch night, or even one that I had pre-ordered. It was just one that I had picked up used because I thought it might be good and as it turns out, I couldn't put it down. With that being said, the only difference in The Suffering: Ties That Bind was that I had pre-ordered it and was actually looking forward to it. I literally couldn't put it down, playing the game straight through and had a pleasurable time doing so. Playing Suffering and Suffering: Ties That Bind makes you feel as if you are playing one full game and not two separate games and that is a plus in my book as sometimes sequels tend to stray far from the original plot line.

The story plot of the Suffering 2: Ties That Bind is pretty much along the same lines as the original, only instead of trying to get off of the prison island, you try to survive in the city of Baltimore. Gone are the spartan prison corridors of Abbot Penitentiary and in their place are the detail-rich environments of the Baltimore city streets. You even get treated with a prequel before you start the game, where you get to learn more about what happened to Torque before he went to Abbot.

Overall, you spend most of your time in the game running away from not only the many monsters that the game throws at you, but also trying to avoid an assault team from "the agency" that seems to only want you dead. This leads to some very interesting encounters and doubles the action of the original game as Torque now has to outwit human intelligence rather than just monsters. Without spoiling too much, let's just say that all of the questions one had from the original game are answered within this game as it seems for every big battle you fight, one more piece of the puzzle of Torque's life comes together.

The graphics in Ties that Bind are top notch. They look more refined and polished than the original Suffering and I did enjoy how they made it look like an old film with specs of black sprinkled into the texture. It was a nice touch and suited the environment and feel of the game.

The sounds on the other hand were not top notch. A few recycled sounds were from the creatures of the old game, however some sound effects were just out of place in this game. In the original Suffering, insanity moments, where a horrific creature would pop up on the screen for a second and disappear just as quick often accompanied by a sharp sound, were well placed and even scary. In this game, they appear to just have been thrown in at random and occur way too often. They are actually kind of annoying instead of scary and that was disappointing. Overall, the sounds of the game didn't make me feel that I was in an eerie atmosphere as did the original, but that is only a minor flaw.

The gameplay is right on the money. It was almost identical to the original in every form as far as gameplay goes. There are prisons, facilities, and a portion of a city that you have to find ways out of all at the same time while trying to defend yourself from the hordes of monsters the game throws at you. Not a dull moment that's for sure. The replay value is kind of high due to the fact that you can get more than one ending, but after you get all three endings (and it is possible to do this in a reasonable amount of time), the replay value drops after that.

The learning curve goes right along with the first game. The control scheme is pretty much the same, but they did throw a wrench into the machine here by only allowing the player to have two guns and you are only able to pick up health when you are in need of it. This can really get frustrating during battle sequences.

Overall, The Suffering: Ties that Bind is a great sequel to the original. It is almost a direct continuation and you can even use your original karma from the end of the first one to set your karma at the beginning of the second....wonderful idea. The price is right at certain stores that allow you to trade in certain games and get it for $29.99 and it can't be beat at the price. The only reason this does not get an A is because of the lacking soundtrack as in my opinion it should have had the same eerie feel as the first one and didn't, as well as the fact that it was way too short. This game can be easily wrapped up in about 6-8 hours and that's taking your time. So don't be afraid to rent this if you don't want to buy it, but definitely do play it if you're any kind of survival horror fan as it is well worth the time you put into it.
Review Page Hits: 3 today (268 total)
mediahook